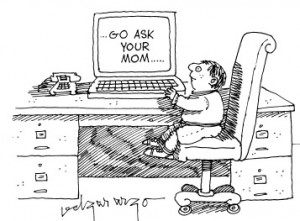 Correctional medicine is very different.  Our patients are not our customers.  And we have to say “No” a lot in order to maintain the safety and security of our facility, in order to be fair, and so not to enable our patients’ addictions and maladaptive behavior.

The problem is that medical personnel new to corrections usually have little experience saying “No” in the “Yes!” world of outside medicine.  Saying “No is a new skill that they have to learn.  I joke with my new employees that they should practice saying “No” in the mirror until they get it right.  It is true that saying “No” is a skill.  There is a right way and a wrong to say “No.”

This became an issue in one of my jails last week when a new PA (who is doing splendidly so far, by the way) had an inmate become angry almost nose-to-nose threatening after she told him “No.”  She had inadvertently broken rules 2 and 6 below.

If one practitioner or nurse authorizes extra mattresses (or cold tablets or Trazodone for sleep) and others do not, the inmates will preferentially want to see that practitioner and write grievances about the others.  And since all clinical encounters are discussed back in the dorms, there is no way to say “Yes” to one patient and “No” to another without  the second patient finding out about the discrepancy.  So saying “No” must be consistently done by everyone in the health care team.  In order to do that, you have to sit down and decide as a team when you all will say no and when you will say yes.  A short list of potential topics for such a meeting could include sleeping-aids (including the pseudo-sleepers of Trazodone, Mirtazepine, and amitriptyline, among others), “comfort items” like double mattresses and “my own shoes” (which I have dealt with HERE and HERE), Neoprene braces (which are popular but therapeutically worthless), and anything else that two providers treat differently.

Be a messenger, not a decider.

If you have had a meeting and decided in advance when you will say “No and when “Yes,” then when you tell an inmate no, it is not you personally who is saying no, you are acting as the spokesman for the team.  You no longer have the option to change your mind.  You are not the “Decider.”  You are simply the “Messenger” for the Team.  So there is no reason for the inmate to argue with you.   To illustrate this, I need to give an example.  Let’s say that an inmate has asked for a bottom bunk and you are saying “No” to this request.  If you just say “No bottom bunk for you,” the implication is (and what the inmate will hear) is “I could say “Yes” if I wanted, but I don’t want to.”  The inmate will think that if he can just get you to change your mind, he just might still score the bottom bunk.  So he will pull out every manipulative technique available to him to convince you to change your mind.  This can include lots of unpleasant things like arguments, anger, and grievances.  You don’t want to deal with that.  Instead, tell the patient that “Administration and medical got together and wrote a policy on who gets a bottom bunk.  Unfortunately, you do not qualify and I cannot authorize one for you.  I am not allowed to.”  This way, the inmate has no cause to argue with you—you are not the “Decider;” the committee was.  You are just the “Messenger.”  This deflects inmate frustration and anger away from you personally.  I cannot overstate the importance of this one principle.  You should use it almost every time you say “No.”

Oftentimes, inmates will argue that their outside doctors have prescribed something (like a sleeper) and you have no right to say no to this outside prescription because “that is my real doctor.”  I have written about this before in The Right Way to Deal With Outside Physicians.  The easiest and best solution is to contact the outside physician and come to a joint solution.  Almost always, the outside physician will have no problem backing us up on our jail policies.  Then you can report back to the inmate (as a “Messenger”) that the answer is “No.”

Tell the patient that you would treat everyone the same way—even yourself!

Nothing makes inmates angrier than thinking that they are being treated unfairly.  Oftentimes, when they are told “NO,” they assume that the answer would be “Yes” for other inmates.  It often times is worth the effort to explicitly state that you would say the same thing no matter who you are treating, even a family member—or yourself.  This is a good technique to use when inmates complain of common viral ailments.  Let’s take as an example an inmate who wants an antibiotic for a viral sore throat.  You could say something like “You have a virus infection of your throat.  An antibiotic won’t help you; it could only make you worse by giving you diarrhea or something.  I had the same thing a couple of weeks ago and I’m going to treat you the same way I treated myself.  I slept a lot and took Tylenol for the aches and I got better.  You will, too.”

Say “No” to what the inmate wants but “Yes” to something else.

This a technique that works well in a variety of circumstances.  “You have a viral infection.  If I do nothing, you will get better eventually.  You don’t need an antibiotic.  But I am going to do something for you while you are sick.  I am going to give you medication for the aches and pains —in fact, the same pain medication I used the last time I had something like this.”   “You don’t need to go to the ER for your abdominal pain.  But I am going to help you by giving you some nausea medicine and something for pain and having the nurses check up on you later today.  I will see you again tomorrow.”

Defer and delay when appropriate.

Oftentimes, the inmate will ask for something that you are not quite sure about.  Such was the case with my PA.  The inmate wanted to have lab work done “to check my kidney function since I am on a kidney medication.”  However, he was not on a kidney medications.  He was taking nothing that would require a routine lab test with no clinical indication.  Instead of just saying “No, you don’t need that” (by saying that, she had become “the Decider” in the patient’s mind), a better way would have been to say”I need to discuss this with my medical director and your outside doctor and I will get back to you.”  She is, thereby, assembling a committee that will make the decision.  She then can report back to the patient as a “Messenger” that he does not need routine monitoring lab work at this time.

Do you have a preferred trick or technique for saying “No” that works for you?