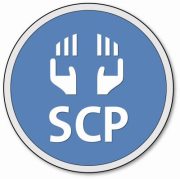 I just returned from this year’s NCCHC convention.  It was excellent, as always.  A very important announcement was made at the Society of Correctional Physicians’ meeting on Sunday that deserves more publicity than it is getting.

We do not now have the recognition and respect that we deserve.  As an example, if you are registering to join the physician community at Medscape, you are asked to list your specialty and you are given a drop-down list of sixty-nine (69!) possibilities including “Nutrition” and “Genomics” (what the heck is that?) but not Correctional Medicine.   What is the closest alternative?  Internal Medicine?  That’s not right.  General Practice?  Doesn’t fit.  In fact, there is no other comparable specialty.  And Correctional Medicine is, in fact, a specialty practice of its own.

I learned this the hard way when I segued into correctional medicine from my original specialty of emergency medicine.  It took me several years until I really felt comfortable with the practice of medicine in my jails.  And I am still learning!  I am making changes to several of my protocols based on things I learned at the SCP conference and the NCCHC conference this last week.  A couple of them were real head-slappers, “How could I have never thought of this?”  Those I will write about eventually.

Correctional Medicine’s tentative acceptance as a recognized specialty reminds me of the early days of emergency medicine.  “Back in the day,” meaning the 1940s and 1950s, emergency rooms (nobody called them “Emergency Departments” back then.  They were literally rooms.) were staffed by various members of the medical staff as part of their obligation to the hospital.  There would be an orthopedist there one day, a pediatrician the next day and an anesthesiologist the next.  If you worked in the ER full-time, other doctors looked at you askance.  They were thinking, “What’s wrong with you that you’re not working as a ‘real’ doctor, with a ‘real’ practice?”

There are two other organizations besides the AOA that certify medical specialties in the United States.  The first is, of course, the AMA.  The other is the American Association of Physician Specialists.  But since the AOA has already recognized Correctional Medicine, there is momentum for recognition by the other two organizations.

20 thoughts on “The Specialty of Correctional Medicine”