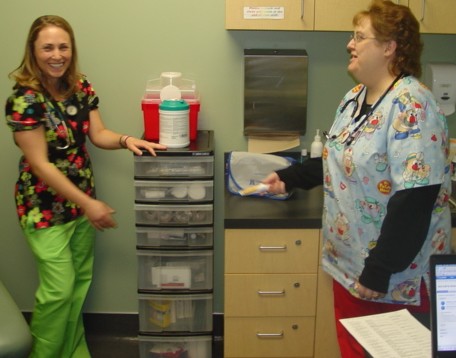 Those of us who practice medicine in jails frequently (Frequently? Daily!) run into the thorny issue of our relationship to the doctors who care for our patients outside of the jail.

When patients are in our jails, we are responsible for them; they are our patients. But these patients also have doctors outside of the jail that perhaps they have been seeing for years. The inmate considers their outside physician to be their “real” doctor, not us. (Throughout this article, I am going to use the term “doctors” rather than the more generic “practitioners.” I do not mean to slight nurse practitioners or physician assistants. What I say applies to them, as well.)

What brought this topic to mind is a case that occurred in one of my jails recently. A patient came to jail with a prescription pad filled out by his outside physician authorizing him to have a double mattress, an extra blanket and an extra pillow. (There was no note requiring us to feed him pizza every Friday night—he must have forgotten to ask for that.) So I was left in a little dilemma. What should I do about this note? Ignore it? Allow the inmate to have the extra comfort items?

Dealing with inmates’ outside physicians can be tricky, but I have found (mostly through sad experience) that there is definitely a right way and a wrong way to handle these encounters. The right way involves recognizing three important points:

1. The outside physician is not authorized to write orders for patients in the jail; she does not have staff privileges in the jail setting.

2. Inmates like to pit the outside doctors against the jail doctors to get their way. It is a form of manipulation. It needs to be recognized as such.

3. The easiest and most time-effective way to defuse this situation is to speak to the outside physician directly and come to a joint decision of what will be done for the patient in jail.

Staff Privileges
The first core issue here that was misunderstood both by the patient and the outside physician is one of staff privileges. Just like hospitals, jails and prisons have a staff privilege system. If a patient of mine is admitted to the local hospital, I cannot write or call in orders. To be able to do so, I would have to formally apply for staff privileges at that hospital. Even then, I could not write orders for a patient at the hospital unless I was the admitting or attending physician. This staff privilege system is common to all medical establishments. I likewise cannot call in orders at the local nursing home or walk into the urgent care center across the street and start seeing patients.

It is the same thing at a jail or a prison. To practice medicine in a correctional facility, a physician must be granted staff privileges at that facility. Who grants these privileges? The person with legal authority to operate the facility. In the case of almost all jails, that would be the sheriff and the jail administrator.

Inmate Manipulation
But this does not solve the problem raised by this outside physician’s orders and the patient’s insistence that we have to follow them. What the patient is doing here is the classic and common inmate game of pitting two physicians against each other. This happens all of the time in jail. Inmates will say that their outside physician wants them to be on certain medications, have a special diet, wear their own shoes and so forth. If I, as the jail physician, say no to these requests, then the inmate feels that he or she has a legitimate grievance: “My outside doctor has prescribed X and you won’t let me have it. My outside doctor is my real doctor and knows me and my medical problems way better than you do.”

This is a very common and sometimes successful method of inmate manipulation. If I do not recognize this as a type of manipulation, the inmate ends up becoming a spokesperson for the outside physician.

And so it was in this case. I called the outside physician and explained the jail policy about extra mattresses and other comfort requests. She admitted that she didn’t know much about jail medical procedures and that she had written that note only because the patient begged her to. I asked if she would support me in my determination of appropriate housing for this patient’s medical condition and, of course, she agreed. By the end of the conversation, we were chatting like old comrades. I gave her my personal cell phone number in case she had any questions about future patients who might end up in jail.

And finally, I could report to the patient that I had personally talked to his outside physician and that we had jointly developed a housing and treatment plan for him while he was in jail and this would not include an extra blanket, extra mattress or extra pillow. Problem solved. He is no longer able to play one doctor versus another.

Added Benefits
There are lots of added benefits to calling the outside physician in cases like this. It consumes much less time than fighting with the patient over the course of several clinic visits and grievances. It develops personal contacts in the outside medical community. If I have a question in this particular doctor’s field, I can call her for help. The doctor also knows more about the jail and jail medicine than she did before. We now have a rapport that will come in handy the next time one of her patients ends up in jail. The next time one of her patients asks her to authorize special treatment in jail, she will know not to do this (or at least to call me first).

As usual, this strategy worked wonderfully in this case. Once I told the inmate that his outside doctor and I agreed on the treatment he would receive in jail, he had nothing further to say. He never brought the subject up again. He never wrote a grievance. And this is such a common problem, I will probably use this strategy again tomorrow!

8 thoughts on “The Right Way to Deal with Outside Physicians”