You are seeing a newly booked patient in your jail medical clinic. He states he has been in jails before, many times, and is always given a second mattress and an extra pillow because he had surgery on his back many years ago. You note that the patient has not seen a doctor on the outside for many years, that the patient walks and moves normally and that he has a normal neurological examination. You tell the patient that medical does not give out passes for extra mattresses or pillows. The patient angrily erupts in a blaze of obscenities and threatens a lawsuit.

Manipulation happens when a patient wants something that they should not have (like an extra mattress and pillow) and will not accept “NO” for an answer. In my last JailMedicine post, I outlined the strategies patients employ in an attempt to entice or force practitioners to change a No to a Yes. This patient is employing the “threatening” strategy. 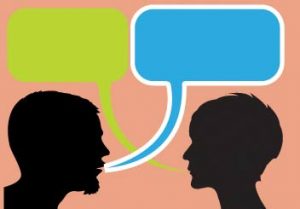 I know that it is tempting to think of an unpleasant verbal exchange as a debate-style contest, with a winner and a loser at the end. In fact, sometimes patients try to provoke a verbal fight as a strategy to get what they want. But even if you “win” a verbal battle, you ‘re actually a loser because you have not accomplished your goal of getting your patient to understand and accept your treatment plan! Your patient is still not happy and will simply renew the verbal battle at another time in another way—and maybe more effectively next time.

The second rule of Verbal Jiu-Jitsu is to have compassionate understanding of your patient. That person in front of you in your clinic is not an opponent or enemy to be defeated. He is your patient. Like everybody else, inmates are just trying to get by as well as they can in a very tough environment—they’re incarcerated! It’s just that many inmates have poor interpersonal skills and resort to pathological social habits that they have used their whole lives. This is what they know and what works for them. If an inmate has successfully gotten his way over and over again by bullying and threatening others, that is how they are going to respond to you, too.

You don’t have control over this–but you do have control over your reaction. When patients confront you with threats, they will expect you you to respond the same way that most other people have responded—which is either to give in or to fight back. The patient will be comfortable and practiced in handling either of these responses. You should do neither.

Take, for example, the case of this patient in your clinic who has angrily threatened to sue you plus has lobbed in a few F-bombs for good measure. There he is, red faced, fists clenched and LOUD. Nurses, deputies and other inmates are watching. How are you going to handle this? How will you accomplish your goal of defusing the situation and facilitating reasonable communication with your patient?

Let’s start with what you should not do.

The single worst thing you could do would be to respond to anger with anger: “You can’t talk to me like that! Get the hell out! Who do you think you are?” First of all, the patient is accustomed to this type of response, is not surprised by it and far more effective at this type of confrontation than you are. The patient has now learned that a verbal confrontation is an effective way of getting under your skin. Plus, the fight is not over. The patient can (and will) renew the attack at another time. Also, you (hopefully) are not practiced and adept at angry shouting. Your heart would be jack-hammering and you’d have a screaming headache (at least that’s what would happen with me). You will have ruined your own mood for the rest of the day. How effective are you then going to be with the rest of your clinic schedule?

Another wrong response is to compromise: “There is no reason to be angry! Calm down and we can work something out.” Mistake! If you compromise, you have established the precedent that becoming angry is an effective strategy! This works! The patient will threaten to do the same thing every time he wants something. And since every clinical encounter is discussed back in the dorms, other inmates will also hear about this and you will inevitably have to endure more confrontations like this.
Instead of these, defuse and deflect. One way would be to say: “I see that you are angry, so we are done for now. Security will take you back to your dorm. We’ll talk again later after you’ve calmed down.” It’s important to say this without raising your voice and, if possible, to betray no emotion on your face or body language. The lack of any reaction goes a long way to defusing such situations. No compromise, no bargaining, no reaction.

The next day—or even in an hour or two–you can call the patient back to medical and confidently expect a more productive conversation. It is important at this second interaction not to upbraid or belittle the patient. You should act as if the last incident is forgotten.

It takes training, practice and time to master verbal defense skills. The best way to learn is through role playing scenarios. The response to angry outbursts happens to be one of the easiest Verbal Jiu-Jitsu skills to learn. The principles are: betray no reaction or emotion, end the session (if the patient will not calm down immediately), but make sure that such patients know that they are welcome back as soon as they calm down. Bring them back a short time later and act as if the incident is forgotten. 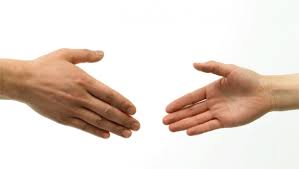 How do you handle angry patients in your clinics? Please comment! Are there any tips that you would give a new practitioner?

4 thoughts on “Handling the Manipulation of Confrontation”