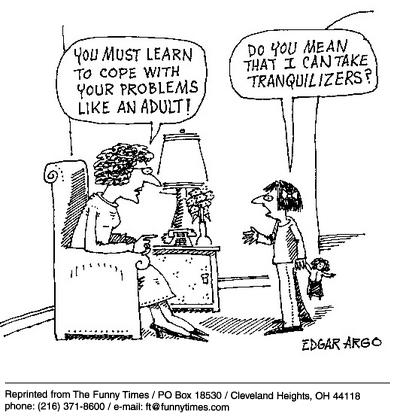 Back when I worked in the Emergency Department of a large hospital, my medical staff assignment for many years was to the Pharmacy and Therapeutics Committee.  The P&T committee’s assignment was to develop a hospital Formulary and to establish guidelines and rules for medication use.   My hospital was not unusual.  In fact, every hospital has a drug formulary and a P&T committee to oversee it.

So when I got into correctional medicine, I was surprised to learn that “Formulary” is often considered to be a dirty word in corrections and many correctional facilities do not even have a formulary.

I have been told that one reason for this is that inmates, their attorneys and advocates (like the ACLU) sometimes define “Formulary” as a system that bans certain medications simply based on their cost without any consideration of the medical needs of the patient. “This is the best medication for my client and you denied it just because it cost too much.  As a result, my client suffered harm.”  So some facilities, I am told, are afraid to have a formulary because of its bad reputation.

But this is an incorrect definition of a formulary.  Formularies aren’t bad; to the contrary, a well-done formulary is good medical practice.  Every correctional facility should have a formulary and some mechanism for formulary oversight.  In fact, if you don’t have a formulary, you are practicing inferior medicine.

First, formularies do evaluate drug prices, but not to forbid medications based on cost alone but rather to evaluate drug Value.  “Value” in general is the benefit of a product, any product, divided by its cost.  The easiest way to assess value is by comparing prices of identical (or similar) items.  For example, if I want to purchase a new vacuum and the exact same model is sold at store A for  $50.00 less than store B, I usually will buy from store A because it is offering me a better deal, i.e. better value.

In pharmaceutical purchases, the value of a drug again is the benefit of that drug divided by its cost.  Since Value is easiest to assess when comparing similar drugs, my P&T committee spent a lot of time setting up lists of “Therapeutic Equivalents.”  This entailed reviewing the literature and making lists of drugs that had similar therapeutic properties.  A good example would be Proton Pump Inhibitors (PPIs).  The literature shows that the various Proton Pump Inhibitors are equivalent; there is no one PPI that is clearly better than any other.  So the preferred PPI for our hospital was the least expensive one.  This PPI was the best value.

Interestingly, the prices of similar models of vacuum cleaners don’t vary too much between stores.  The $50.00 cheaper price between store A and store B may represent only a 10% cost savings.  But the difference in pharmaceutical prices can often be mind-boggling.  For example, consider these two therapeutically equivalent PPIs:  as of January 2, 2013, the cost of Nexium was $6.15 per capsule.  But omeprazole costs 10 cents a capsule.  Is Nexium really 60 times better than omeprazole?  No!  They are therapeutically equivalent!

A formulary points these two facts out:  that the two drugs are therapeutically equivalent and that omeprazole is 60 times less expensive.  A formulary that absolutely forbids any physician to prescribe Nexium, ever, is called a “Closed Formulary.”  On the other hand, a formulary that allows Nexium to be prescribed in certain circumstances is called an “Open Formulary.”  In my hospital, if you wanted to prescribe Nexium rather than omeprazole, you would have to make a presentation to the P&T Committee as to why you thought Nexium (or any other non-formulary drug) was worth the extra cost.  Until then, the hospital pharmacy would not fill a Nexium prescription.  In fact, if you were to write an order for Nexium, the hospital pharmacy would automatically substitute omeprazole without even telling you—this is called “Automatic Substitution” and happens all the time in community hospitals.

The second main function of a formulary is to define and monitor appropriate prescribing within the facility.  As another example, we had one older physician who prescribed hydralazine as a first line agent for hypertension. The P&T Committee noted that this did not conform to any hypertension treatment guidelines (notably JCIS-7) and so did not permit the prescription to be filled until the physician explained himself.  Rather than come to a P&T Committee meeting, this physician chose, instead, to change his prescription to a standard agent. The reason, then, that hydralazine is non-formulary is not that it is expensive (hydralazine is, in fact, quite cheap); rather, it is because hydralazine has no indications as a first line antihypertensive.  There are other, better drugs that should be used yet before anyone thinks of using hydralazine.

Another way my P&T Committee’s formulary monitored prescribing was by making sure that specialty drugs were prescribed appropriately.  For example, the P&T Committee would not allow, say, an orthopedic surgeon to prescribe chemotherapy for leukemia without consulting an oncologist (don’t laugh, it really happens).  Some medications are so potentially toxic that their prescription should always be double-checked by someone:  a specialist, a P&T committee, or maybe just the facility medical director.  Thus, Peg-interferon for hepatitis C is non-formulary in my jails not because we do not want to use it, but because its prescription should be double-checked to make sure it is being used appropriately.

What’s in a Name?

One way to combat this notion is to use a different term for the processes of monitoring appropriate drug usage and preferentially using drugs with the best value.  This term should emphasize the “Open” nature of the process.  No drug is banned.  Any drug can be prescribed if the prescriber can justify the medical need for that particular drug over alternative therapies.  (That might be hard for a drug like hydralazine.  Or Nexium.  Or Ritalin in a county jail.  But it is not impossible!  In fact, I have allowed all three of those drugs to be dispensed in my jails in unusual but appropriate circumstances!)

“Pre-Approved” instead of “Formulary”

One term that works to convey this is “Preferred Drug List.”  My state’s Medicaid program uses that term.  But I think an even better term is this:  “Pre-approved Drug List.”  That term concisely conveys all of the important information:  the drugs on the list can be prescribed without obtaining outside approval.  Obviously, cancer chemotherapy is not going to be on that list.  Neither is Nexium.  But the term also implies that there is a mechanism to obtain approval for drugs not on that list.

Next:  A step-by-step guide on how to set up a “Pre-Approved Drug List.”