I have been doing yearly wellness exams for the local fire fighters for many years now.  I quite enjoy it.  Many of them are in such good physical shape that I pronounce them to be “Mary Poppins” fire fighters, meaning  “Practically Perfect in Every Way!”  Many, however, succumb as they get older to the “weight creep” that is common in the US today.  I saw one such firefighter this very week who had gained 8 pounds since I saw him last year.  In such cases, I have to educate the patient about the Medical Consequences of Excess Weight.  There is even a medical term for this phenomenon:  “Metabolic Syndrome.”  I think that just about everyone, whether a firefighter, an inmate in a prison or jail, or the medical staff that takes care of them, should understand Metabolic Syndrome. 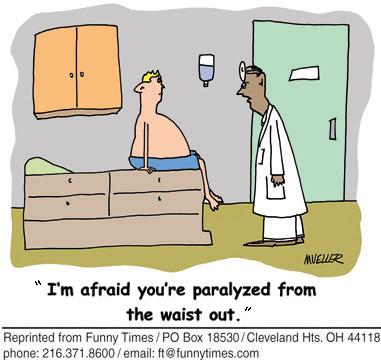 Metabolic Syndrome simply means that these four things are intimately linked:  excess weight, hypertension, diabetes and bad cholesterol numbers.  As people gain excess fat, especially fat around the middle (visceral fat), their blood pressure tends to rise, they begin to show signs of insulin resistance and eventually frank diabetes and both their triglycerides and total cholesterol rise.  This phenomenon is almost universal.

Notice that I am using the term “excess weight” rather than “obesity” because I have found in my fire fighters that metabolic syndrome begins well before they meet the criteria for obesity.  Even a moderate amount of excess fat can begin to cause metabolic effects.

Take my firefighter who had gained only 8 pounds over the course of a year, for example.  He certainly isn’t fat by BMI criteria (though he now owns a small pot belly), but his blood pressure is now in the “pre-hypertension” range, his triglycerides have increased from 74 to 214, his cholesterol numbers have similarly worsened and he has a HbA1C of 5.8, which officially qualifies him as insulin resistant.  I’m not going to treat any of those things with medications, but he needed to understand that if his weight continues to creep up, he will eventually have both hypertension and type 2 diabetes.  This is as predictable as wind in Eastern Idaho.

How is it that fat causes these changes?  This is important to understand, too.  The answer is that fat is an endocrine organ.  It actually secretes hormones, collectively called adipokines.  How many of these adipokines there are and exactly how they cause the bad effects they do is still not well understood, but it is known that adipokines cause a low-level of metabolic inflammation, increase baseline blood pressure and interfere with the effects of insulin eventually resulting in Type 2 Diabetes.  The more visceral fat one has, the more adipokines are secreted and the worse their effects on overall health.

Of course, just how sensitive an individual is to these effects varies with his or her genetic pre-disposition.  Some people are going to have diabetes, hypertension and crappy cholesterol numbers even though they are skinny.  Others may be obese and not develop hypertension or diabetes.  But  I am willing to bet that this is not you (or me, either).  In almost everybody, excess body fat will cause problems.

However, it really is not possible in the long run to be sedentary and eat junk food and not gain weight.  It also would be unusual to eat well and exercise enough to improve one’s VO2 max and not lose weight. These things are all intertwined.  Changing one affects all of the others for good or for ill.

This brings us to the Firefighter nicknamed “Bullwinkle,” or just “Bull” (Firemen give everybody a nickname.  Don’t ask me what mine is . . .  Okay, it’s “Doogie.”) Bull rode the weight creep conveyor belt for several years until the BMI chart said he was obese, he had developed hypertension and insulin resistance and finally last year was formally pronounced as Insulin Resistant.  Bull had heard the Metabolic Syndrome speech from me every year for several years, which always concludes: “If you eat right and exercise right, you will invariably lose weight.  If you lose enough weight, your hypertension and insulin resistance will get better and may just go away entirely.  If you don’t, they will get worse with time and more weight.” 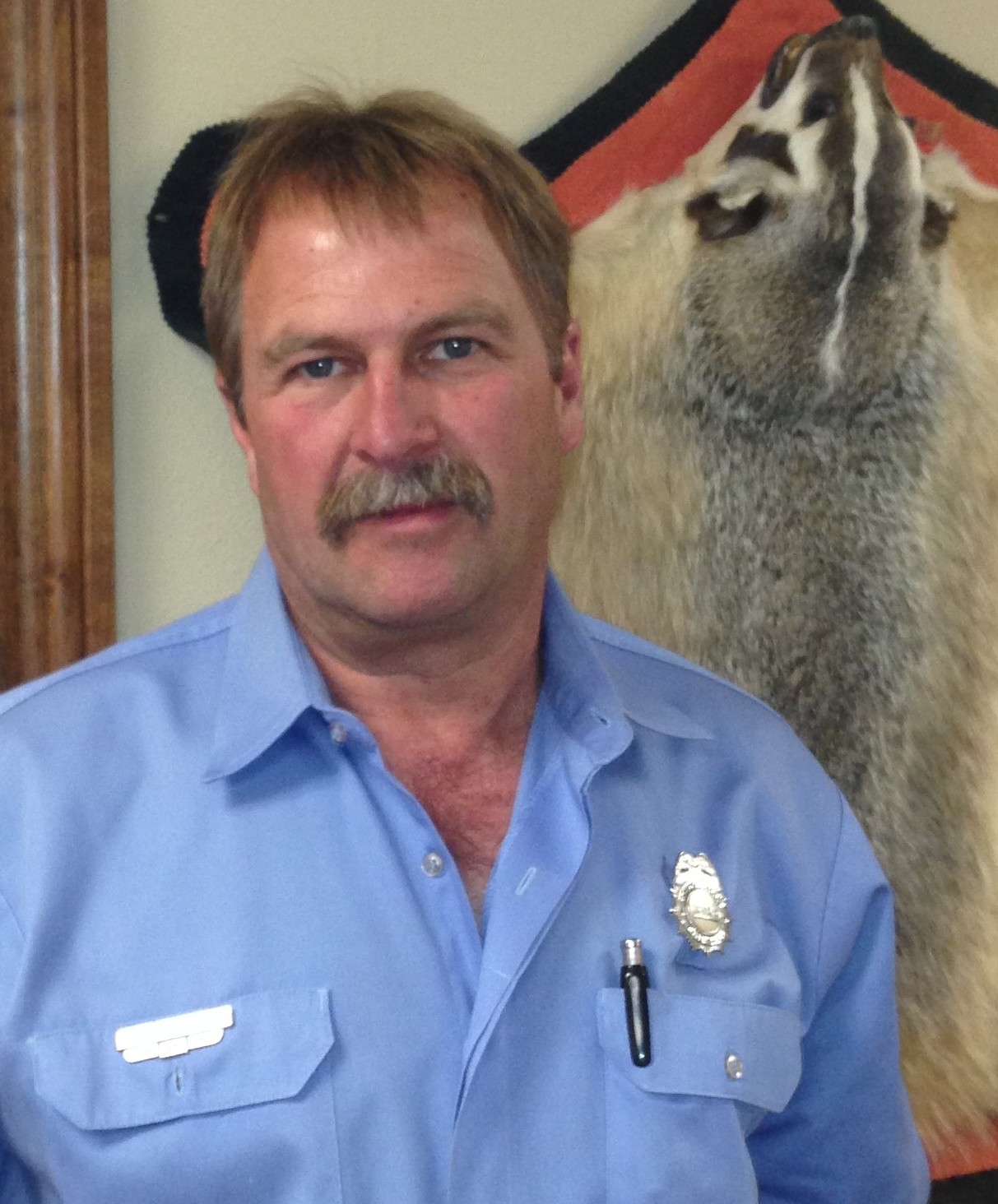 Well, Bull finally heard the call and made the change.  Since I had seen him last, he had lost 32 pounds.  He says he mainly did this by simply changing what he eats: “You know, a hamburger on lettuce without the bun is still mighty good.”  But his aerobic capacity had gone way up as well.  Bull notes that he doesn’t get winded as easily now.  Plus, he has noticed less stress on his knees and hips now that he transfers 32 fewer pounds with each step!

The Bright Side of Metabolic Syndrome

Bull’s story highlights the Bright Side of Metabolic Syndrome.  If you lose the fat, Metabolic Syndrome simply goes away. For many patients, that means no more diabetes!  No more hypertension!  No more drugs to treat these conditions! The CDC says that well over half of all adult Americans are overweight.  I am sure that this holds true in America’s jails and prisons, as well.  It might be even worse in our correctional world.  Our correctional patients who are overweight and who are taking medications for hypertension, diabetes and cholesterol control need to hear over and over again the mantra of Metabolic Syndrome:  “If you eat right and exercise right, you will invariably lose weight.  If you lose enough weight, your hypertension and insulin resistance will get better and may just go away entirely.  If you don’t, they will get worse with time and more weight.”

I think sometimes practitioners worry that calling attention to a patient’s weight is, I don’t know, politically incorrect.  Kicking patients when they’re down.  “They already know they are overweight,” I have been told, “I don’t need to tell them.”  That may be true, but it is our job to educate our patients about their health. And most overweight patients have never heard about metabolic syndrome.  Many of my jail patients who are obese and have Type 2 Diabetes have never been told that if they lose enough weight, their diabetes will improve and may just go away.  They have never been told the right way to lose weight.  There is a way to tell patients about this in an unoffensive way.  But to say nothing for fear of giving offense is simply bad medicine, in my opinion.

Repetition is the Key

In my experience with both firefighters and inmates, repetition is the key!  Nobody makes these lifestyle changes the first or even second or third time they hear about metabolic syndrome.  It takes time to internalize the message and find the commitment.  Not every patient will make the change.  But with persistence and repetition, some, like Bullwinkle, will.  I have had at least ten such patients, most of them jail inmates.  One of my jail inmates who lost fifty pounds in a little over a year told me that being in jail saved his life!  He arrived in jail taking insulin and left jail cured of diabetes.  Nothing in medicine makes me feel better than an outcome like that!

Have you seen a Metabolic Syndrome success story in your facility?  Please comment!

Thank you Bullwinkle for allowing me to tell your story!

4 thoughts on “The Bright Side of Metabolic Syndrome!”