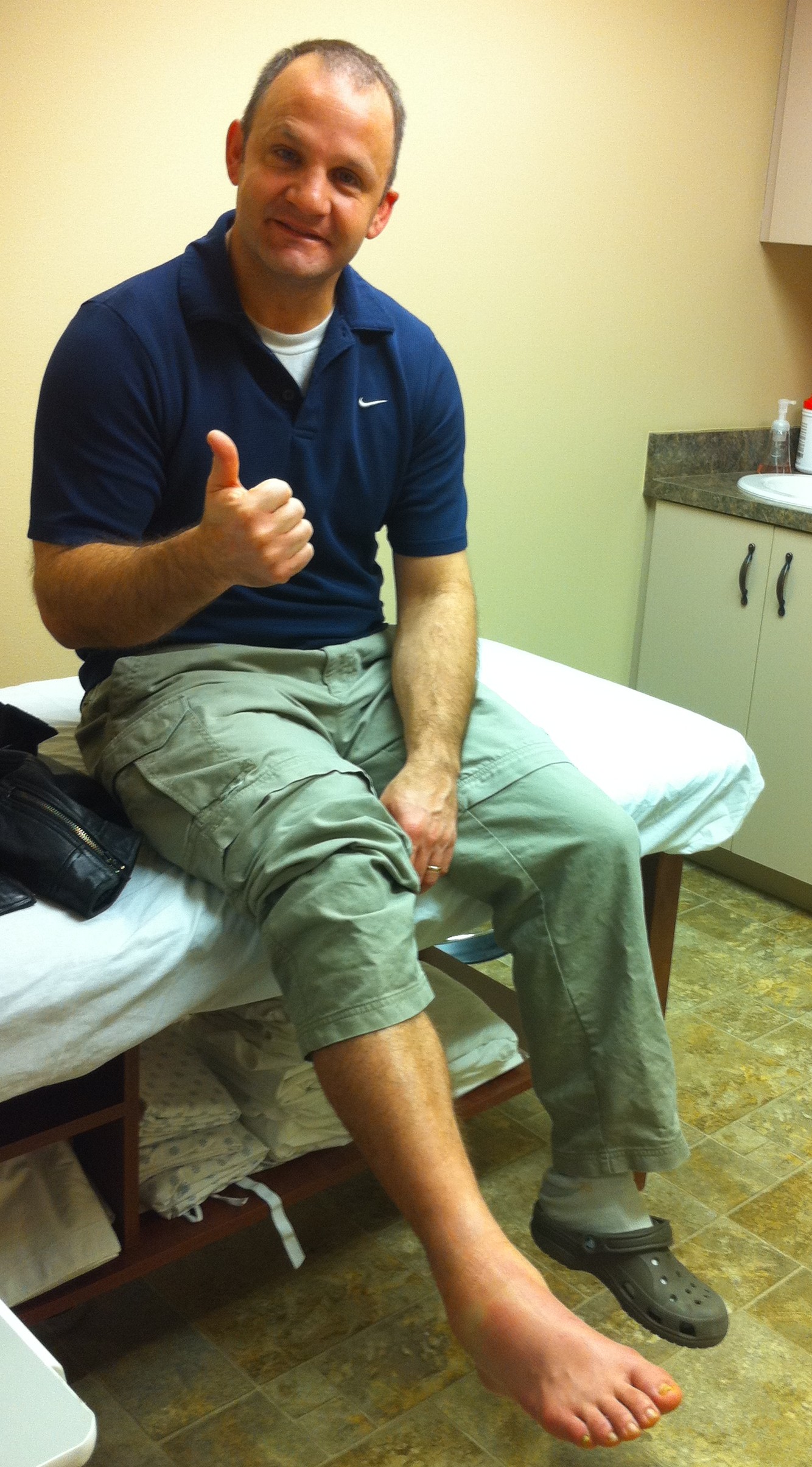 Back in the days when I worked in the ER, I ordered a lot of unnecessary x-rays.  Ankle x-rays were a particular problem.  Often I was sure that there was no fracture, but I ordered the x-ray anyway because of habit–patients with injured ankles got an x-ray.  That’s just the way it was.

The Ottawa Ankle Rules can be even more important in corrections than in the ER.   There, the only downsides to an unnecessary x-ray were expense and time.  But in corrections, x-rays can be a logistical and security nightmare.  So it is good to know when you don’t have to order an x-ray for the inmate who twisted his ankle attempting to dunk the basketball at rec.

Before I review the Rules, I want to go over the ankle terminology.  You don’t sound professional if you can’t speak the professional language.  How confident would you be in a mechanic who said “that thingie there” needs fixed?  Fortunately, there is not too much to remember when it comes to ankles.  If you already know this stuff–skip ahead to the next section!

The lateral malleolus is where the action is in ankle sprains.  It has three ligaments that tie it to the foot.  The first, and most important, is the Anterior Talo-Fibular Ligament.  We’ll abbreviate this as ATFL.  As the name says, the ATFL is anterior to the lateral malleolus and connects the fibula with the talus.  The ATFL is always involved in an ankle sprain.  The other lateral ligaments may be involved, but the ATFL is always involved if there is a sprain.  The second lateral ligament is behind the malleolus and also connects the fibular to the talus, so it is called the Posterior Talo-Fibular Ligament (PTFL).  Easy, huh?  Finally, straight down from the lateral malleolus is a ligament connecting the fibula to the calcaneus (the heel bone).  It is the Calcaneo-Fibular Ligament (CFL).

And that’s it.  On to the Ankle Rules. 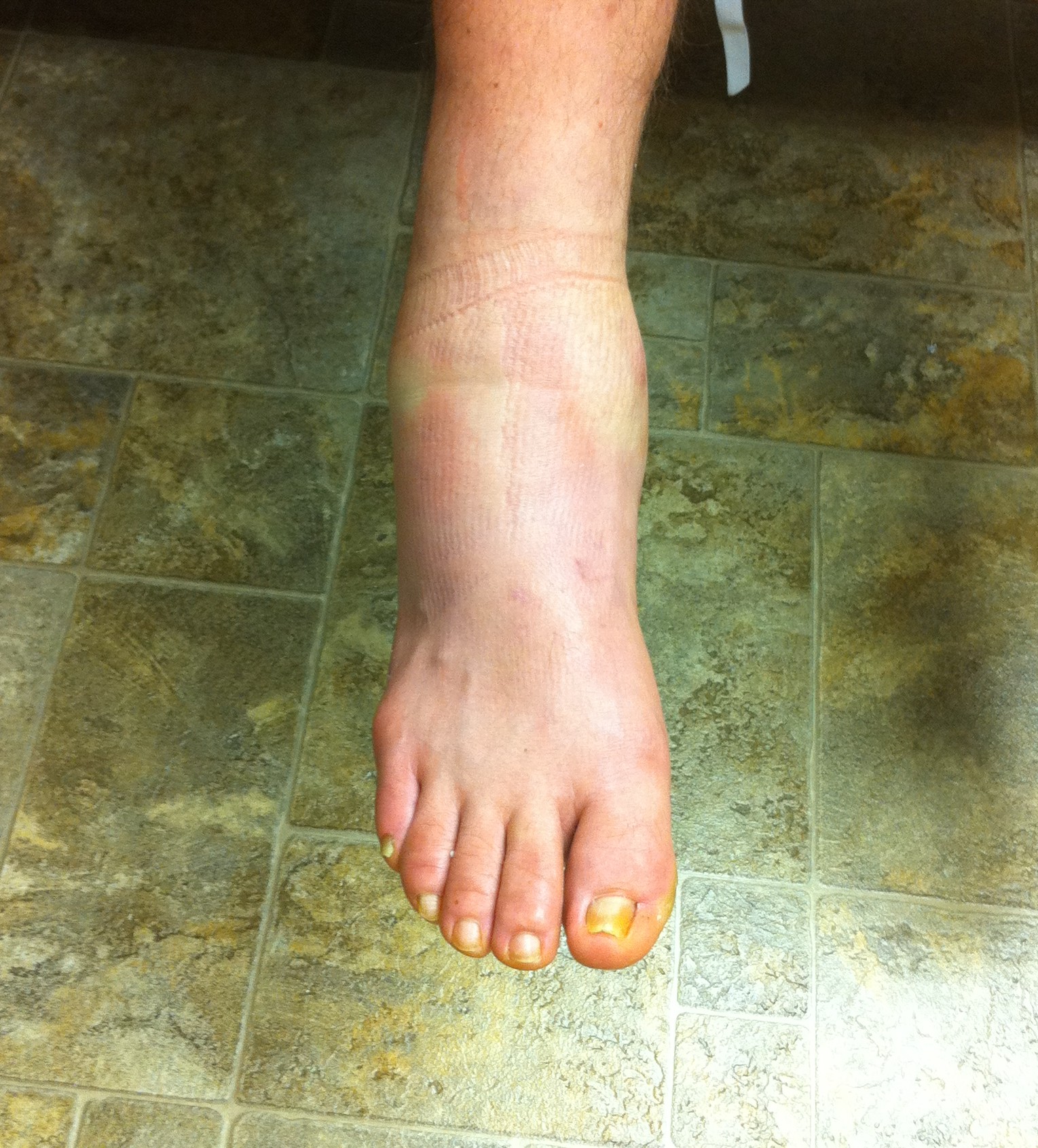 Where is the ATFL?

The Ottawa Ankle Rules say that you do not have to order an x-ray if:

1.  The patient is walking on the ankle (even if they are limping badly).

2.  There is no pain along the posterior edge of each malleoli and

3.  There is no pain over the base of the fifth metatarsal and the navicular.

The exam is quite simple.  If the patient hobbles in to the clinic, you are most of the way there.  You then run your fingers over the back edge of the malleoli and push on the protuberant bones of the lateral and medial foot and you are done.  I usually do not ask the patient “Does this hurt?”  Instead, I distract the patient by asking for a description of how the injury happened as I am palpating the ankle.

If they can walk and there is no pain in the four areas you palpate, you do not need to order an x-ray.  Instead, you confidently tell your patient that they have an ankle sprain.  Unfortunately, ankle sprains do not heal very rapidly, so you will need to talk to your patient about this–but that is a subject for another day.

Practice the ankle exam on a couple of your colleagues and you will be an expert!