In my last blog post, I argued that chemical sedation was safer that prolonged physical restraint for patients who represent an acute threat to themselves or others.  Today, I would like to explore who is an appropriate candidate for involuntary chemical sedation—and who is not.  This is the first part of the Four Rights of Chemical Sedation:  Right Patient, Right Medication,  Right Follow-Up and Right Documentation. 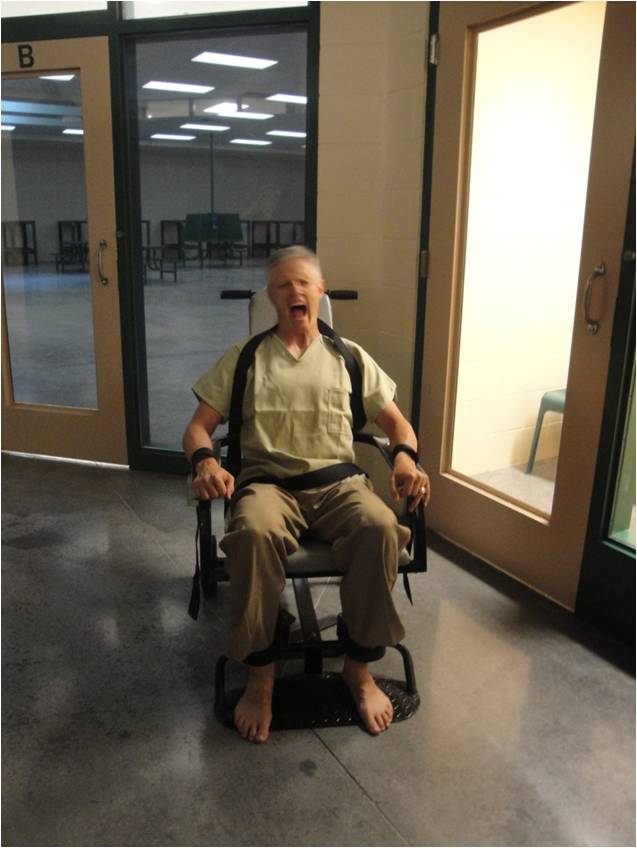 First, let’s define what we are talking about here.  The key concepts in Chemical Sedation-Restraint are:

There are many terms we could use to convey these concepts.  We could say: Urgent or Emergency for the first concept, Restraint or Sedation for the second, Involuntary or Forced  for the third, and Chemical or Psychotropic for the last concept.  This could lead to some cumbersome terms like “Emergency Involuntary Psychotropic Restraint” or “Urgent Forced Chemical Sedation.” The emergency medicine literature tends to use the more concise term “Chemical Sedation” for this procedure.  Since the overall goal is to get the patient out of physical restraints, I prefer the term “Chemical Sedation” instead of “Chemical Restraint.”

Who Is A Candidate for Emergency Involuntary Chemical Sedation?

There are four indications for Chemical Sedation in a correctional facility:

When deciding to chemically sedate someone, we need to keep in mind that there are two easily reversible medical conditions that can cause agitation.  These are

Fortunately, both can be quickly and easily assessed if there is any question in a particular patient (say the patient described above, who is acting bizarrely in booking and we do not know why).  Once a patient is physically restrained, and before injecting the chemical sedating agents, it is simple to check a blood sugar and an oxygen saturation in appropriate patients.  It is embarrassing to sedate a patient and then find out later that he had a blood sugar of 20.  Oops.

Other medical conditions can potentially cause a patient to be agitated, such as brain tumors, delirium, and being post-ictal after a seizure.  However, these are not easily reversible as are hypoglycemia and hypoxia.  If a patient has one of these, they usually will be sedated and then the underlying medical cause will hopefully be sorted out thereafter.

Chemical Sedation Should Never Be Punitive!

Even patients who are appropriate candidates for chemical sedation should always be offered less restrictive means of calming down.  Sometimes, just putting a patient in a restraint chair preparatory to getting chemical sedation is enough for them to settle down.  More often, however, patients facing a cell extraction, or who are already in a restraint chair  will accept oral medications rather than receive an injection.

Summary.  Is This the Right Patient for Chemical Sedation?

3.  Is he a danger to the safety and security of the facility?

4.  Is sedation the only way he can be medically assessed?

5.  Does he have a reversible medical condition?

6.  Will he accept a less restrictive form of sedation?

What is your experience with chemical sedation?  Please comment!