Back when I worked in the ER, we often would have patients come to the ER who were homeless or otherwise had not been taking care of themselves. Of particular concern was their feet—many had not removed their shoes for days or even weeks. When these shoes were removed, we often were confronted by a dreaded medical malady: Toxic Sock Syndrome.  These feet could be unbelievably odiferous—I have seen hardened paramedics retch.

So we had to be careful. If a patient was suspected of having Toxic Shock Syndrome, shoes and socks would be quickly removed into a plastic bag and the feet immediately washed and covered with clean slippers.

That was about the end of ER involvement with poorly-cared-for feet. As an ER Doc, I never had to do much with the underlying foot disease.

The situation has been reversed now that I work in jails and prisons. I don’t have to deal with Toxic Sock Syndrome anymore. (I’m sure the booking deputies do, though. Bless them). Instead, a day or two later I typically am confronted in the jail medical clinic with the grody feet themselves. Here is a typical example: 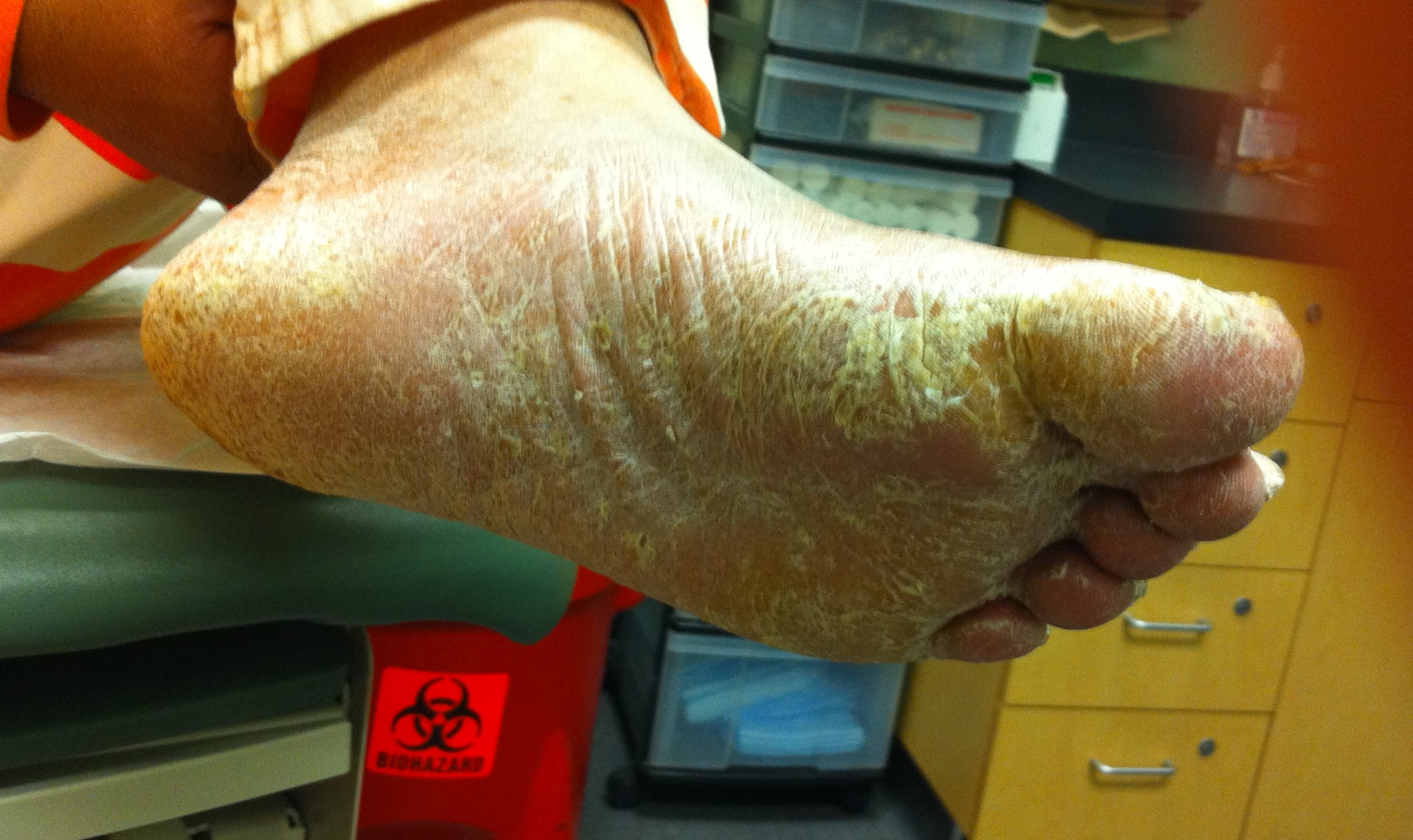 The medical term for such feet is PalmoPlantar Keratoderma or PPK. END_OF_DOCUMENT_TOKEN_TO_BE_REPLACED