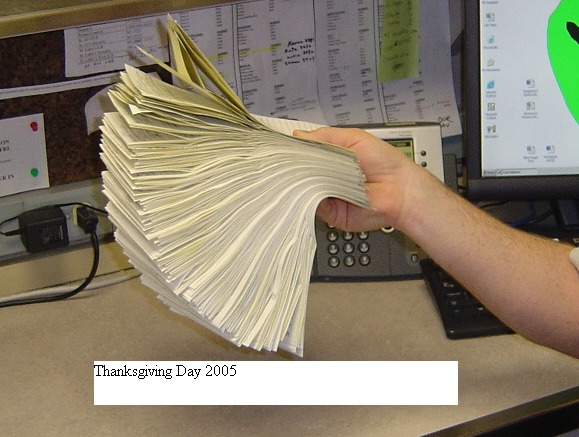 One day’s worth of inmate kites, Ada County Jail

I am wondering today where the term “kite” came from.  Everybody who works in jails or prisons is familiar with “kite,” which in jails and prisons refers to a written request for something.

Inmates can “kite” for anything, but those of us in the medical departments deal with medical kites,  as in:  Inmate:  “I need to see the doctor.  I’m sick.”  Deputy: “Well, fill out a kite then.”  Or “I’m sending your kite back to you because you forgot to sign and date it.”  “Kite” can be a noun (“Fill out this kite.”) or a verb (“I kited medical but I haven’t seen the doctor yet.”)

This term seems to be universal.  Correctional personnel all over the country are familiar with it, whether jails or prisons, state or federal, adult or juvenile.  I have yet to meet someone in the correctional field who does not know what a “kite” is.  It also is commonly used.  Not a day goes by that we don’t hear this term bandied about.

Yet I cannot find this definition of “kite” listed in any dictionary.  I checked several.  Even the dictionaries devoted to slang, like The Online Slang Dictionary or the Slang Dictionary don’t list the term “kite.”  How can a slang term be so common in jails and prisons yet be unknown to linguists?

“Kite” probably came instead from the prison practice of communicating with another inmate in the next cell or even many cells away.  The inmate folds up a note and ties it to a long piece of string.  He then swings the note attached to the string underneath his cell door and into the cell of his friend.  Since the folded up note attached to a piece of string resembled a kite, it was called a “kite,” and the term “kite” then became a universal prison term for any written communication, including requests for medical care.

This explanation of the term makes sense to me, so I tend to believe it.  But is it true?

Can anyone out there shed some light on this subject?  Where did the term “kite” originate?