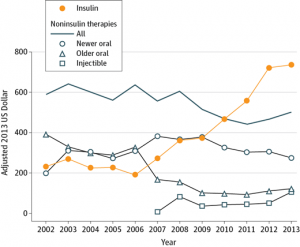 (In the graph above, notice the huge increase in insulin prices since 2006, while every other diabetic therapy price has actually fallen) END_OF_DOCUMENT_TOKEN_TO_BE_REPLACED