I received a court order last week, ordering me to provide a certain inmate with several medications (some of them misspelled) during her six month incarceration.  Upon investigation, it turned out that she did not even have a current prescription for all of the medications, but I was ordered to provide her with them nevertheless.  Oh, and I was ordered to give her a double mattress, too. 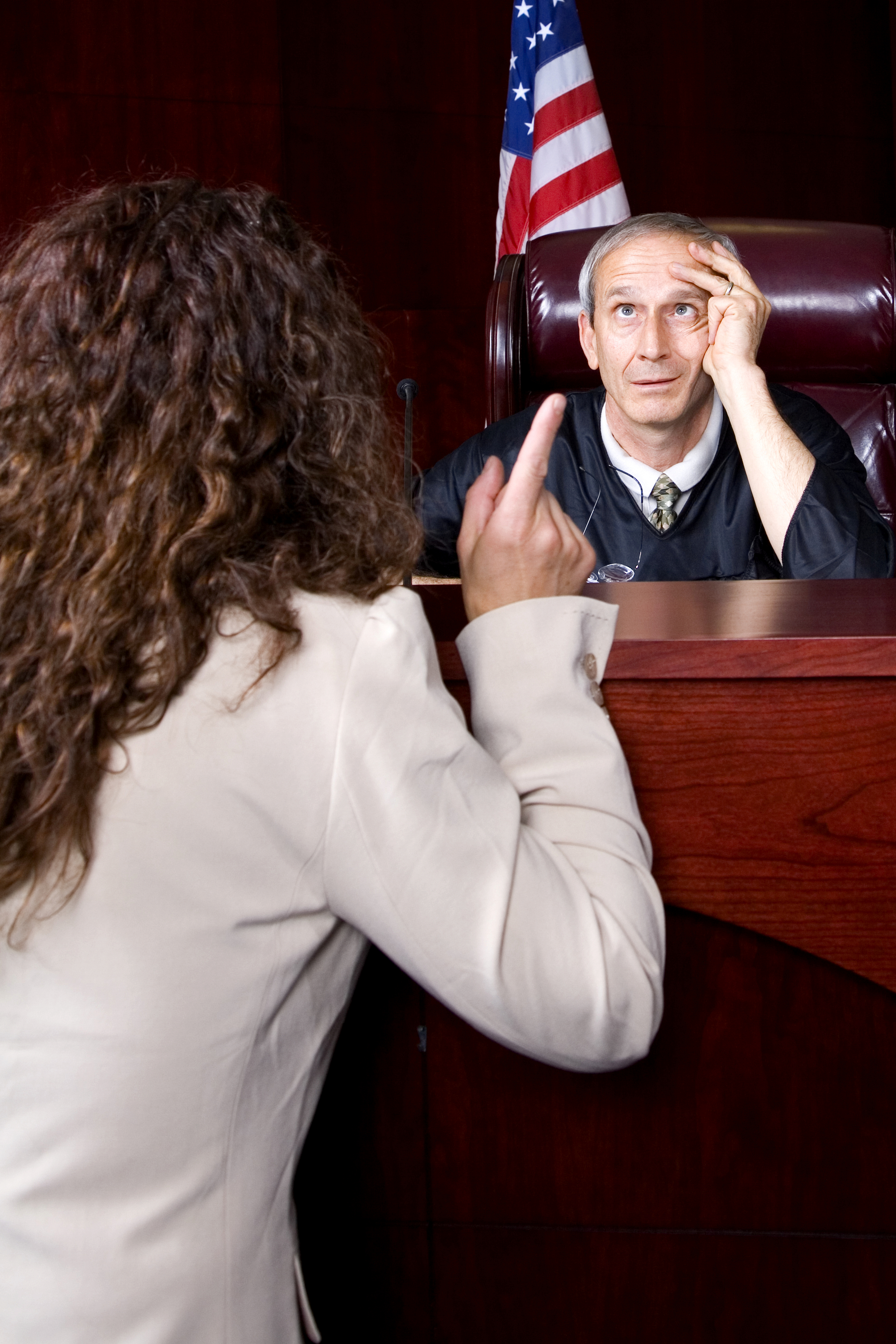 Nothing in correctional medicine irritates me more than when a judge tries to practice medicine like this.  It makes me want to tear out my hair and gnash my teeth. And thus begins THE RANT:

OK.  I have wiped the spittle off my computer screen and I feel better now.

But that is not all!  Earlier in the year, a judge approved a medical furlough for an inmate so he could see his “own doctor.”  However, when this inmate went to the doctor’s office upon his release, they would not see him because he did not have an appointment!  What a waste.  Another patient released for a medical furlough did have an appointment, but never showed up for it.  What did she do in the six hours she was away from jail?  I don’t know and neither does the court.  They never checked.  Not only were these furloughs a security breach, both furloughs were totally unnecessary.  I was well aware of each patient’s medical condition and even had talked to the outside doctors to coordinate care.  What a waste of everyone’s time, including the court’s.

Am I the only correctional physician to be cursed with such orders?   Nope.  Having talked to many colleagues, such orders seem to be ubiquitous in correctional medicine!  The question is what to do about them.

It Is Our Duty And Obligation to Oppose These Orders

In my opinion, we cannot simply indulge in a rant, but then shrug our shoulders and blithely obey medical court orders.  Such orders from the court are bad medicine.  It is our obligation and duty to protect our patients from this bad medicine.  The court is, in fact, incompetent to make medical decisions.    It is also our duty and obligation to educate all parties involved that we are competent to deal with inmate medical problems.  We don’t need the court’s “help.”

In order to formulate a game plan, we need look no further than the hearing that resulted in this court order.

Anatomy of the Hearing 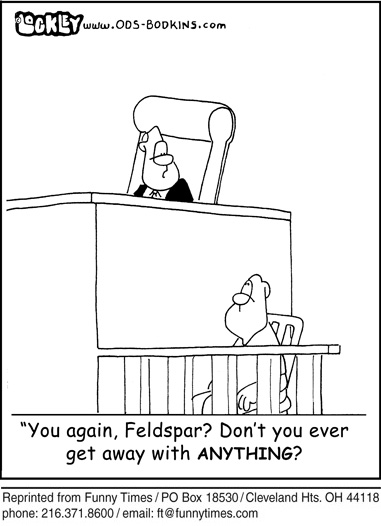 To begin, think about the players who were present in the courtroom when this order was issued.  There was the judge, of course.  The defense attorney was there along with our patient, the defendant.  And a deputy prosecutor was there, too.  Now, think about who was NOT in attendance.  The outside doctor(s) who prescribed the medications were not there, provided no testimony and probably did not even know that the hearing was taking place.  In fact, there was no medically trained person in the court room at all.

Who, then, provided the expert testimony about what medical services the patient would need while in jail?  The patient herself, via her attorney!  She acted as her own “expert witness!”  The procedure went something like this:  The patient’s attorney told the judge that the patient had medical problems and would require certain medications and treatments while in jail.  The patient and her attorney then said that they were afraid that these necessary medicines would be stopped as soon as she arrived at the jail.   And this, they alleged, would result in horrible consequences for this patient.

So why then would the judge issue the order, despite the absence of any medical evidence?  The critical answer is that the prosecutor present at the hearing said he had no objection!  There is the crux of the matter.  If the prosecutor had said, “This court order is unnecessary.  Jail medical can handle this patient’s medical needs,” then the judge would never have issued such an order.  At most, she would have set a date for a formal hearing on the matter.  Or just said, “No.”

So why didn’t the prosecutor object to the issuance of this order?  There are several possible reasons.  The prosecutor is interested in criminal charges, not medical issues.  Whether the inmate gets certain medications or not is no skin off his nose.  Also, if he objects, a formal hearing might be scheduled.  He is busy and he does not want to have to prepare for yet another hearing.  It is much easier just to go along.  Finally, everyone in attendance, from the judge to the attorneys, are ignorant of the medical services available in the jail.  For all the prosecutor knows, everything the patient said is true.  She needs these meds! Maybe the jail Doc will stop them for no good reason!

To summarize, here are three critical facts about the hearing that resulted in the medical court order:

The key to reversing the original court order is to remember that no medical expert attended the original hearing and no medical evidence was introduced.  So to get it overturned, all I need to do is to introduce medical evidence.  The legal term for a written statement of evidence is an affidavit.  The person who will help me prepare this affidavit is the prosecutor who signed off on the original order.  I need to call him (or his boss) and explain that this court order is bad and needs to be reversed.  The prosecutor and I then need to write an affidavit to the court stating all of the reasons that this court order is bad medicine.   The affidavit should basically restate everything I said in the rant above, but in a nice way.  For example, I need to introduce myself and list my qualifications.  That establishes that, hey, there is a real, competent doctor at the jail.  Then I should list the blatant problems with the court order, for example, there is no room for any clinical judgment,  I cannot, by court order, change the medications under any circumstances, such as side effects, or even by patient choice.  If I think that some of these medications are inappropriate for the patient, I can state that and briefly say why (major potential drug interaction, controversial off-label use, dose higher than manufacturer recommendation, etc).

Almost always, the affidavit alone is enough to have the judge rescind the order mandating certain treatments.  Occasionally, the judge will schedule a formal hearing on the subject, but that always seems to go well because the correctional physician is the only medical professional who attends.  I have yet to see an outside physician at one of these hearings.

Writing an affidavit and then perhaps attending a hearing on the matter may seem like a lot of work.  In reality, it will save time in the long run, because it will result in fewer medical court orders in the future.   The defense attorney will be less likely to seek such a court order in the future knowing it will be challenged, the prosecutor won’t blithely sign off such orders without calling me first and the judge will be less inclined to issue such orders.

Educating the Courts.  Meet the Prosecutors.

After the original court order has been reversed, the next task is to do what we can to prevent such orders being issued in the future.  The way to do this is to set up meetings in which you will provide education about jail medical services.  I have had meetings with the judges themselves, but these are often hard to set up.  You can set up meetings with the public defenders, but to meet with every defense attorney in town is hard.  (I have had success setting up such meetings, however).

Fortunately, the easiest meeting to set up is also the most important and that is the one with the Prosecutor’s Office.  A typical Prosecutor’s Office will already have a meeting attended by all of the prosecutors at least weekly.  I have found it quite easy to get a half hour scheduled to talk about jail medicine and the problems with the courts.  In fact, the Prosecutors Offices I have dealt with have been happy, even enthusiastic to discuss jail medical issues.  The main goals for the prosecutors are:

I always give the prosecutors my personal cell phone number and invite them to call anytime.  I point out that it will take less time and effort for both them and me if they call me initially rather than have to fill out an affidavit after the fact.

I have attended many such meetings with prosecutors.  These have always gone well.  I usually get several phone calls in the weeks after the meeting from prosecutors asking about certain allegations that were made in court.  But when the prosecutors are armed with the facts, nonsensical medical court orders stop.  Commonly, patients have fudged the truth or outright lied about their medical problems and what has been prescribed for them.  When judges find out this out (from me via the prosecutors), they tend to be irritated—and less likely to entertain medical requests in the future.

Occasionally, I have had to testify in court about medical processes in the jail.  These have always gone well, also, and are again an opportunity to educate the judge about what goes on in the jail.  It sounds especially good when I testify that I have contacted the outside physician and that we jointly have agreed to a treatment plan while the patient is in jail.

By the way, I have never once seen an outside physician testify at one of these court hearings about jail medical issues.  Outside physicians hate to go to such hearings for many reasons:  It disrupts their busy practice schedule, they don’t get paid, and they usually have no objection to the medical treatment the patient is getting in jail, anyway.  This means of course, that I am the only “expert witness” that the court hears.

In the case I initially introduced, I filed an affidavit with the court the next day with the help of the county attorney and the deputy prosecutor in the case.  The court order was amended that very day to read “The foregoing order is subject to the exercise of medical judgment of the medical staff  . . .including, if deemed appropriate, consultation(s) with those physicians who have prescribed the above medications.”

This was good enough for me.  I called the outside physician (which I would have done anyway), and we jointly agreed on a treatment regimen to be used while this patient was incarcerated.  Interestingly enough, this treatment plan did not include most of the medications on the initial court order.

How do you handle medical court orders at your facility?  Please Comment.