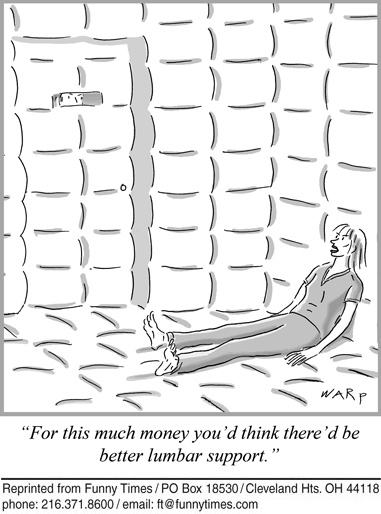 There are several good reasons to know what your pharmacy is charging you for each of the drugs you order. You need to know actual prices in order to assess the value of similar drugs, like two different first generation cephalosporins. In fact, you will have to know this in order to be able to set up a Pre-Approved Drug List. You need to know when a particular drug has a sudden price decrease or increase so you can switch to the most cost effective drug. Finally, you want to know that you are being charged fairly. If a pharmacy sells you a drug for 5% more than the price they paid to the wholesaler to obtain it; that seems fair. But if they jack up the price literally by 46 times, well, that does not go down so well. (See story below)!

Unfortunately, pharmaceutical prices are among the most convoluted and hard to understand of all drug prices. They are kind of like airline ticket prices. Have you ever heard of the game in which passengers on a commercial airline flight compare what each of them paid for their ticket with the lowest price being crowned the winner? (Their reward is the deep satisfaction that comes from knowing that everyone else is jealous of them). Airline tickets are kind of a unique item in the economy in that the price varies depending on many factors like when you book, how you book, how often you fly, how many bags you check and on and on.

Who Can Understand Pharmacy Industry Jargon?

Pharmacy prices are similar to this. What you pay per pill for drug X at your facility may be far different than what the facility down the street pays. The system is so convoluted, in fact, that it sometimes can be hard to even find out what your pharmacy is charging you and how they derive this price.

Pharmacies have their own professional jargon that can be hard for outsiders to understand—just like us! We say, for example, that a patient has an “erythematous urticaria” when we mean “itchy red rash.” Pharmacists say “I’m charging you the Average Wholesale Price minus 12%.” What the heck does that mean?

It turns out that there are many pricing systems in the pharmaceutical industry. You only really have to know about two of them, but it is worthwhile to peruse a list of the others:

And that is not all of them! The problem is that each of these pricing systems can give amazingly different prices for the exact same medication.

The one that you don’t want to use is the Average Wholesale Price (AWP). Historically, this is the most common price system used by pharmacies. The problem is that it is a misleading term. You would think that the “Average Wholesale Price” would be the average price that the wholesalers charge for a drug. Well, you would be wrong. AWP is not a wholesale price and it is not an average. It is just a price set by the pharmaceutical industry. It is debatable exactly where that price comes from. However, AWP is, on average, 20% higher than the true wholesale price. But can be as much as 120% higher!  That means if a pharmacy says to you “I’m going to charge you AWP less 12%,” that means that they will be making somewhere between 8% and120% profit on these sales.  (They were probably smiling when they said it).  And that is in addition to their “Fill fee,” which I will discuss in a future post.

In addition to being an inaccurate representation of wholesale costs, AWP is quite hard for the typical consumer, like you and me, to find. You can’t just look up AWP online. AWP are listed in certain pharmacy trade publications like The Red Book, but access to the Red Book is quite expensive. And even if you get one, you will find that a certain medication, say ranitidine 150mg, has not just one AWP like you would expect, but a bewildering array of AWPs that range in price from one cent a tablet to well over one dollar a tablet. Some AWPs apply only to hospitals, some to huge bulk purchases like Wal-mart would make. It is often almost impossible to decipher what would apply to your situation. I know. I have tried.
Some pharmacies really like to use AWP and I can see why. It has many advantages for them. AWP overestimates wholesale costs to the advantage of the pharmacy. The pharmacy understands it, but you don’t. In essence, AWP is what the pharmacy says it is! How are you going to know differently? If possible, do not deal with the AWP!

The price that you want to use instead is the Average Actual Acquisition Cost (AAC). AAC is an estimate of the actual wholesale cost your pharmacy pays for medications. Instead of being head-scratchingly hard to understand, AAC is easy to understand. It is the true wholesale price. And instead of being almost impossible to find out, you can find out the AAC in one of two easy ways. First, you can ask your pharmacy for the AAC of medications you commonly order. Some pharmacies will give this information to you, no problem. If you have a pharmacy like this, consider yourself blessed. Other pharmacies can be quite loathe parting with this information.

Fortunately, there is a second way to find AAC prices: You can look them up online. Most state’s Medicaid programs utilize AAC to set Medicaid drug prices and publish the AAC on their website. If your state does not offer online access to AAC, feel free to use Idaho Medicaid’s AAC website, found here.

How Much Difference Does It Really Make?

Like many doctors, I have a little black bag with some doctor tools and medications that I can use in urgent situations. One such “stat” medication that I keep in my black bag is ondansetron (Zofran), which is, of course, used to treat nausea. A couple of weeks ago, I went to a local chain pharmacy to get some new ondansetron for my black bag. I had looked up the AAC online before I went to the pharmacy and found that the AAC of generic ondansetron 8mg tabs was 15 cents apiece. For 30 of them, the total AAC would be approximately $4.50. Figure in a percentage markup and a fill fee and I thought I would be charged approximately $10.00-$15.00 for this prescription.
Instead, the pharm tech looked me in the eye and said “That’ll be $235.43.” The pharmacy had calculated the price using AWP!

$10.00 vs. $235.43. Now that is the difference between AWP and AAC in a nutshell. What would your facility have done had it been charged $235.43 for this prescription? Paid it without question, I suspect.

So getting back to the original question: Is it possible to understand pharmacy prices? The answer is Yes! As long as you use the Actual Average Acquisition Price. You can understand the numerous other pharmacy pricing schemes only if you understand their relationship to AAC.

Do you have a good relationship with your pharmacy? What do you pay for your pharmaceuticals?  Please Comment!