We have added an ‘event’ on our Facebook page for the Essentials of Correctional Medicine Conference.  Make sure to jump over there and join the event for all of the latest information regarding the conference next month. END_OF_DOCUMENT_TOKEN_TO_BE_REPLACED

My name is Gabby and I am a ARNP working in  a rural health care setting in southern Washington and newly blessed with a county jail assignment.  I oversee 300 + inmates in a county jail setting and was turned onto your website by one of the RN’s in the medical office at the jail.  Thank you so much for the wonderful information that you share. I have some questions that I am hoping you can give me some guidance with today.

The population of patients that we deal with the most are heroin and meth users with extensive histories of dental decay and abscesses and multiple complicated skin infections from muscling heroin.  After reading your most recent posting on MRSA and misuse/overuse of antibiotics I was wondering what your thoughts would be regarding my jail’s protocols on dental abscess treatment plan with amoxicillin and skin infections/abscess treatment plan with Keflex and Bactrim.  These protocols are for the staff to use in between my visits twice a week.  A significant number of the inmates that I see are frequent flyers and often are treated with above stated protocols over and over again.  I am wondering if I need to request that these protocols be reevaluated.  And if so, what would be the new treatment recommendation that I would present look like?  Comments? 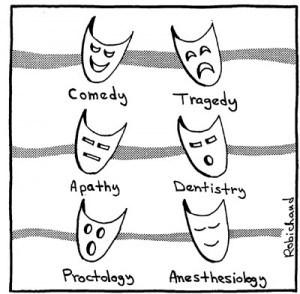 Thanks for the questions, Gabby!  And welcome to Correctional Medicine.  You’re going to love it!

I am going to answer your questions with my opinions on these topics and invite others to answer also via comments.

The two basic principles in the fight against antibiotic overuse which leads (among other things) to antibiotic resistance are:

So let’s apply these rules to your cases, first, the dental infection case. 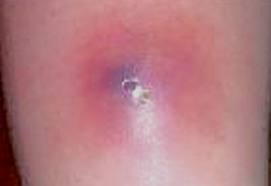 Antibiotics? NO! Incision and Drainage!

Second question–MRSA.  MRSA infections are increasingly becoming resistant to the very few agents available to treat them, so I think it is especially important to apply the two rules to these infections.

We are talking here about typical young healthy patients.  Patients who have chronic health problems or are immunocompromised must be approached differently.

Also, The opinions here are my own.  I could be wrong; feel free to disagree!  But if you do, please comment so Gabby will have the benefit of other opinions and approaches.

I suspect that almost every physician in theUnited Stateswould agree that antibiotics are over-prescribed.  Unfortunately, since the total number of antibiotic prescriptions in theUnited Statesgiven to people with “cold” has been estimated at 44 million per year, it would seem that most physicians have not actually decreased their own prescribing habits.  I can see how this would be the case.  Physicians are stuck in the inertia of “I have always done it this way.”  Also, “my patients expect an antibiotic when they come in and they won’t be happy if I don’t prescribe one.”  Finally, “The antibiotic can’t hurt and it might help!”  Multiply each incident of an unneeded prescription by, oh, a few million, and it adds up.

One of the neatest things that I have discovered about the evidence-based medicine movement is that using evidence-based principles almost always saves money.  There is no better example of this than in the area of antibiotic use.

Three years ago, the Centers of Disease Control published evidence-based guidelines for the appropriate use of antibiotics for upper respiratory infections.  The guidelines were developed by a panel of experts which included representatives from infectious disease, family practice, emergency medicine, internal medicine and from the CDC itself.  The panel used evidence-based principles to review the huge amount of literature on these subjects.  In the end, they came up with guidelines entitled “Principles of Appropriate Antibiotic Use for Acute Respiratory Tract Infections in Adults.” The finished guidelines can be found in the March 20, 2001edition of the Annals of Internal Medicine or online at www.cdc.gov/ncidod/dbmd/antibioticresisance/.  The final report included pharyngitis (which I reviewed in the last issue of CorrectCare), acute bronchits, and rhinosinusitis.

END_OF_DOCUMENT_TOKEN_TO_BE_REPLACED

I have practiced medicine for over 18 years and have gotten a lot of CMEs over that time. The lectures I have enjoyed the most have tended to be those exposing the myths of modern medical practice.  You probably know the ones that I mean.  These are the lectures comparing some common medical practice with the literature only to find that the practice doesn’t work—belief in its efficacy is a myth.  In fact, just prior to its lamentable demise, The Western Journal of Medicine had a regular series devoted to debunking medical myths.

Myth-busting like this is part of the overall movement toward evidence-based medicine.  In a nutshell, evidence-based medicine states we should compare all of the stuff we do as doctors with the scientific evidence of its effectiveness.  When we do that, we will find there is a solid base in the evidence for only some of the things we do.  Some of our practices have inadequate support in research—nobody really knows whether they are truly effective or not.  And some of what we do is flat out contradicted by the evidence.  Every year, important research emerges that should make us change the way we practice medicine.  However, we too often do not change.

We all know doctors who seem frozen in time; practicing medicine the way it was taught to them in medical school and residency.  We ask ourselves, “Why is he still doing THAT?”  However, that doctor is most of us.  If we critically compare many of our habits with the medical literature, we will invariably find that we ourselves have habits we should abandon.

In fact, failure to change practice based on new findings has been identified by many sources as a major problem with modern medicine.  There is a gap, sometimes of many years, between what is known and what is practiced.  Over the years, some information in medicine’s knowledge base is verified, and some is refuted.  Whenever a new “fact” has been added to the overall medical knowledge base through good and repeated research, it usually takes many years until that knowledge is incorporated into most physicians’ practice.

Even a casual review of medical textbooks and the literature will demonstrate several well-demonstrated medical facts that are not widely practiced by US physicians.  One area getting a lot of press is the overuse of antibiotics.  We doctors still commonly prescribe antibiotics (and often very expensive antibiotics) for viral illnesses such as pharyngitis, bronchitis and sinusitis despite the enormous amount of literature condemning the practice.

We all have heard about the emergence of resistant bacteria as a consequence of our national over-prescription of antibiotics.  We don’t so often hear of another downside to prescribing unneeded antibiotics—it is expensive.  In fact, most evidence-based medicine principles are like that—if you adopt them, you will save money.  What could be better than that?  We provide better medical care to our patients, and save money to boot!

One great example is evidence-based treatment of pharyngitis, the infamous “sore throat.”  It seems like this is one of the single most studied topics in medicine.  There have been literally hundreds of articles published on this topic.  Fortunately, the Centers for Disease Control (CDC) in Atlantahave published an excellent review article along with their recommendations that can serve as a basis for your jail’s “Sore Throat Protocol.”  It was published in the March 20, 2001edition of the Annals of Internal Medicine, along with similar guidelines for the treatment of sinusitis and bronchitis. It can also be found online at www.cdc.gov/ncidod/dbmd/antibioticresistance/.

In their article, the CDC makes the point that only around 10% of cases of sore throat are caused by Group A Beta Hemolytic Streptococcus (the so-called “strep throat”).  Almost all of the remaining 90% of cases are viral in origin.  Despite this, 75% of adults who present to a doctor with a sore throat will be prescribed antibiotics!  What is the rate of antibiotic prescriptions for sore throat at your facility?  It would be well worth the effort to pull the last 100 charts where the chief complaint was “sore throat,” and see how many of these patients received antibiotics.

The CDC recommends instead that antibiotics be limited to those patients who are most likely to have strep throat based on four easily evaluated clinical findings:

You then use these four criteria to determine who gets antibiotics in one of the following ways:

1.  If the patient has 0, 1, or 2 of the criteria, no antibiotics should be prescribed.  If a patient has 3 or 4 criteria, then antibiotic treatment may be used.  I prefer this strategy at my jail because it does not require the use of rapid strep screens, which cost $5.00 to $10.00 each.

The CDC recommends throat cultures NOT be routinely performed.  This is important because many lab facilities routinely follow up all rapid strep screens, whether positive or negative, with a $60.00 culture.  Throat cultures should be reserved for special circumstances, such as tracking epidemic outbreaks of streptococcal disease, or if there is a suspicion of another bacterial pathogen, such as gonococcus

Finally, the antibiotic preferred by the CDC for the treatment of strep throat is plain penicillin.  Not amoxicillin.  Not Keflex.  Definitely not Augmentin!  If the patient is penicillin allergic, erythromycin should be used in its place.  This point is important enough to say again:  do not use expensive, broad-spectrum antibiotics to treat routine strep throat.

These guidelines do not apply to complicated patients, such as immunocompromised patients, or those with other significant medical problems, such COPD or a history of rheumatic fever.  The guidelines also assume the practitioner will carefully exclude other serious throat disorders, such as peritonsillar abscesses or epiglottitis.  Still, at my jail, the guidelines apply to over 95% of the patients who present to our medical clinic with sore throat.

Here is how these guidelines apply to a typical case.  A healthy 35-year-old male presents to the jail medical clinic with a sore throat.  His temperature is 97.6F.  He has large red tonsils but no exudate.  He has 2+ tender anterior lymphadenopathy.  He has been coughing frequently.  Physical exam shows no evidence of abscess or other complications.  This patient has only one of the CDC’s four clinical criteria.  According to the CDC guidelines, he should not have a rapid strep screen performed nor a prescription for antibiotics.  Instead, he would be treated symptomatically with acetaminophen, increased fluids and rest.

I would like to encourage everyone to read the original CDC report.  It is concise, well written, and authoritative.  The four basic clinical criteria are easy to incorporate into a clinical decision model or a flow chart for your facility.  I believe that if your facility adopts these guidelines, the quality and consistency of your medical care for sore throat will improve and your medical costs will fall.