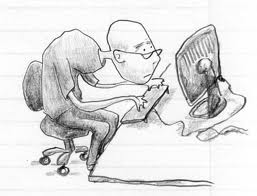 Like most of us who sit at a desk, I sit too much hunched over the keyboard with my shoulders rolled forward. This posture overstretches the trapezius and rhomboid muscles. One common consequence of this is to get painful muscle cords in the upper back. When I get these, I can reach back and feel a tight, bunched up knot of muscle fibers between my scapula and spine. These can stick around and be sore for a remarkably long time. So, since the problem here is tight, bunched up muscle cords, wouldn’t carisoprodol (Soma), methocarbamol (Robaxin) or cyclobenzaprine (Flexeril) help to relax them?

You would think that they would—after all; they are listed in the drug classification systems as “skeletal muscle relaxants” and “anti-spasmodics.” You would surely think that if I could measure the amount muscle cord tightness in my back and then took an “antispasmodic muscle relaxer” that the tight area in my back would demonstrably relax.

The answer, though, is “No.” The muscle relaxers would not, in fact, relax that tight muscle cord. In fact, if you look at the medical literature on “muscle relaxers,” whether they actually relax muscles has never even been tested in research! Instead, “muscle relaxers” are always studied as pain relievers, and the setting in which they are most often studied is acute low back pain. The results of this research is interesting:

2.  Do “muscle relaxers” work as well for acute low back pain as an NSAID? (answer: No):

Skeletal muscle relaxants are widely used in treating musculoskeletal conditions. However, evidence of their effectiveness consists mainly of studies with poor methodologic design. In addition, these drugs have not been proven to be superior to acetaminophen or nonsteroidal anti-inflammatory drugs for low back pain.

3.  Is the combination of an NSAID plus a “muscle relaxer” better than an NSAID alone? (answer: no):

“There was no advantage in adding muscle relaxants to NSAIDs for acute LBP.”

What the “muscle relaxers” would do, were I to take them, would be to make me sleepy. This is acknowledged whenever these drugs are described as “centrally acting.” (Code: they relax you by sedating you). 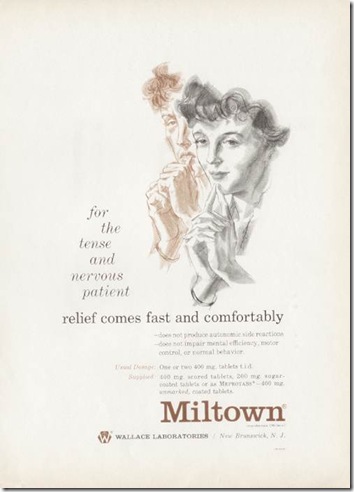 And Soma is not unusual. All of the benzodiazepines do the same thing. In fact, I was taught in my residency that benzodiazepines like Valium were the best muscle relaxers. They also wouldn’t relax my tight back, but they would make me feel good and sleepy! The same is true for all of the “muscle relaxers,” Flexeril, Norflex, Skelaxin and the rest.

1. Never prescribe muscle relaxers long term for chronic conditions.
2. If you prescribe a “muscle relaxer” for acute low back pain, use them only for a short time.  The number usually bandied about is no more than 7 days.

As usual, I have expressed here my own personal opinion. Feel free to disagree! I could be wrong. But if you do disagree, please explain why in comments!