Today’s post is the first in a series of sample clinical guidelines.  These will be placed under the “Guidelines” tab (above) as they are published.  These guidelines are open access; you may use them in whole or in part as you see fit.  I view these sample guidelines as a group effort!  If you have a suggestion, critique or simply a better way to phrase some concept, say so in comments.

This particular clinical policy addresses a common problem in jails (less so in prisons). I addressed the issue of allowing personal shoes in jail previously in “A Quick-and-Easy Solution to those Pesky ‘Own Shoes’ Requests,” (found here).  As a result of that post, I have had many email requests for a sample “Own Shoes” guideline.

This clinical guideline is intended to be used as a template to help clinicians and administrators create their own policy on personal footwear. This sample guideline must be modified to make it applicable to each unique correctional facility. This guideline is not intended to apply to all patients. Practitioners should use their clinical judgement for individual patients. 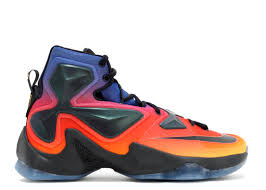 “Personal footwear” refers to shoes worn to the jail at the time of booking and to shoes purchased and provided by the patient’s family.

“Commissary shoes and inserts” refers to shoes or inserts that can be purchased from the jail commissary.

“Orthotics” refers to any shoe, insert or brace that is 1. prescribed by a medical practitioner and 2. fitted to a particular patient. Examples include prosthetic legs, casts, CAM walkers and shoes that have been created or especially altered by a prosthetician. Shoes, inserts and braces purchased from a retail store without a physician’s prescription will not be considered orthotics under this guideline.

Patients presenting with prescribed orthotics intended for temporary use, such as casts, splints and Cam Walkers, should be referred to the jail medical provider to determine how long such orthotics will need to be worn while in jail.

Special cases. Some patients, such as older patients who may be unsteady when walking or those with diabetic foot disease, may require different shoes than the standard jail footwear. Generally, these shoes should be prescribed by the jail medical practitioner and provided by the jail rather than allowing outside footwear into the facility.

Security personnel may consider allowing personal footwear for the patient for which no appropriate shoe size is available (for example, a patient who wears size 18 shoes).

Administration. Nursing personnel may address routine inmate requests for personal footwear. Nurses should refer any complicated or questionable cases to the jail provider’s clinic. These encounters must be appropriately documented in the patient’s medical record.

Patients who have had their request to wear personal shoes denied may ask for reconsideration. Such patients should be referred to the medical clinic for examination and evaluation. Reconsideration should be based on appropriate documentation of a medical need for personal footwear.

This documentation should include a prescription or a letter from a licensed medical provider that explains the diagnosis that requires the patient to wear special footwear and an appropriate prescription listing the footwear being prescribed, how the footwear should be used and how long the patient should use this footwear.

The jail medical director shall be the final judge of whether any footwear is truly medically necessary.

Wrong: “Request for own shoes is not approved.”
Correct: “This patient does not have a medical need for his own shoes.”

If a patient does have a legitimate medical need for an orthotic, consideration should also be paid to the patient’s other housing needs. For example, patients who have a medical need for orthotic footwear may need to be assigned to the bottom tier and/or bottom bunk. Inmate workers with orthotics may need work restrictions. 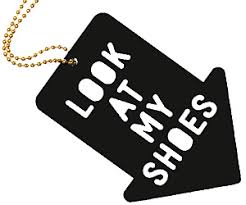 I view these sample guidelines as a group effort!  If you have a suggestion, critique or simply a better way to phrase some concept, say so in comments.

As always, what I have written here is my own personal opinion, based on my own training , research and experience.  I could be wrong!