Hey Jeff,  like you I am an ER doc and am the Medical Director of a 550 bed jail. I would like you thoughts on body cavity searches. We had a case last week where an inmate was seen putting a baggy in his rectum. A search warrant was issued and the inmate was sent to the ER for a body cavity search. The inmate refused to let the ER personal touch him. He told the ER doc that it was a baggy of tobacco. The ER observed him for several hours and sent him back to the jail. No cavity search was done. The ER doc felt she would have to sedate the inmate to do the search and felt uncomfortable doing this against his will. The NCCHC frowns on the jail medical providers doing evidence related procedures or searches. My policy is to do the searches if the inmate will sign an informed consent and allow it to be done. If the inmate were to have a complication of sedation or the removal procedure that was done against his will, I would think a malpractice claim could be supported. How do you handle these types of situations in your jail?  Thanks, BJF 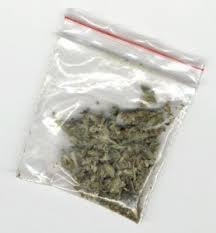 Well, let me first say that if you are an ER doc you are clearly a fine fellow and also good looking!  Also, as I have, you probably have some great ER stories of strange rectal foreign bodies.  ER rectal foreign body cases usually devolve like this: the patient inserts some foreign body into the rectum (don’t ask why) and then cannot get it back out.  After hours of trying, in desperation, they come to the ER.  The removal of the foreign body in the ER is never easy–if it had been easy, the patient would have done it themselves–and so most patients require some sort of sedation.  Many even have to go to the operating theater for formal anesthesia. However, such cases are much different from the case of jail inmates with contraband secreted either in their rectum or vagina.

First of all, inmates generally do this for one of two reasons:  First, to smuggle contraband into the facility.   Inmates know that in the US, body cavity searches are illegal without probable cause, so this tactic is very often successful (which is why these orifices are sometimes (rudely) called “the pink purse” and “the brown purse,” as in “How did cigarettes get into dorm 4?”  “Pink purse, most likely”).  The second reason to secrete contraband in a body orifice is to hide evidence of a crime, as was done in your case.  This guy wants to prevent discovery of evidence that could incriminate him.

Either way, inmates who have secreted contraband in body orifices are different from ER patients because they usually can easily remove the foreign body themselves if they want and because they have not requested medical intervention.  They also are not sick because of the contraband.  Those three facts make all the difference.  They mean that your case of rectal contraband is not a medical problem; instead, it is a legal matter.  It does not become a medical issue until the patient cannot remove the foreign object themself and requests your help or until the foreign object makes them physically ill.

As an example, I had a patient in one of my jails who successfully smuggled a gold chain into the jail by using a body orifice.  Unfortunately, the orifice she chose was her urethra so that the chain ended up in her bladder.  Of course she could not remove it but still did not tell anyone what she had done until several days later, when she developed a nasty UTI.  Then the story came out, an x-ray confirmed the presence of a gold chain in her bladder and, with her consent, she was whisked off to surgery.  (She did fine, by the way).

Gathering Forensic Evidence is a Conflict of Interest

In contrast, most rectal contraband cases are legal rather than medical cases. That presents a conundrum for medical providers.  Let’s consider you, the jail doctor, first.  If you were to do a body cavity search and remove contraband, even with patient consent, you would now be in the position of possibly having to testify against the patient in court.  How can you be their impartial doctor when you are assisting the prosecution?  It is a conflict of interest and generally should not be done.

That is why NCCHC (as you mentioned) condemns the practice of jail medical providers gathering any kind of forensic evidence.  Besides rectal contraband, this also includes the gathering of evidence in a sexual assault case.  To avoid the prosecutor/provider conflict-of-interest, somebody else, who will not be providing medical care to the person in question, should gather forensic evidence.  In this case, if the patient were to decide that he cannot remove the contraband and consented for you to help him, then this has turned into a medical case.  However, since it involves smuggling contraband and/or hiding evidence, it still has legal implications that you should be wary of.  Even if you do a manual extraction with the patient’s consent, you could still be subpoenaed to testify in court against the patient.  A more subtle way to facilitate removal of a baggie that does not carry the legal implications of a manual extraction would be to give this patient a strong stimulant laxative and let nature take its course.  You won’t be there when the baggie re-emerges. 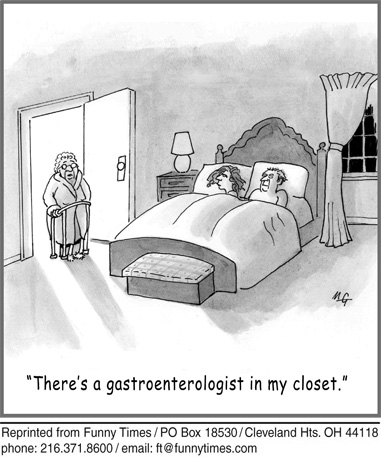 I also understand why the ER doctor refused to remove the contraband in the ER.  Again, this was not a medical case.  The patient probably could remove the baggie himself if he wanted.  It was not making him sick. There was no urgent need for removal.  And, on top of that, the ER doc did not have the patient’s consent–and for a medical procedure that he did not need!

The Issue Of Consent

The consent issue is key for the ER doc.  Patients have the right to refuse proffered medical services.  There are three ways in which a patient may lose this right to refuse medical care:

The problem, after all of this spirited discussion, is that we still have our inmate to deal with.  The baggie still remains.  Up there.  No one will remove it, not the patient, not the jail doctor and not the ER doctor.  What to do?

The key in this particular case is that the inmate can remove the baggie himself whenever he wants to.  But even if he can no longer reach the baggie, it will experience “movement” at some point in the future.  And there is no medical urgency for this removal/evacuation to occur.  So in most of my jails, this inmate would be placed in a dry cell (no toilet) until the removal/evacuation occurred.  Most of the time, after a period of waiting, the inmate will give the baggie up.  Of course, this is not in my purview as the jail physician because this is not a medical issue.  It is a legal issue and a problem of the jail’s security staff.

It will become my problem if and when it becomes a medical issue, for example, if the patient were to become ill from a retained foreign body. If the patient is not yet ill but decides he cannot himself remove the object and asks for my help, I may give him a laxative and step away.  If he needs and consents to a manual extraction, an impartial ER doc or friendly gastroenterologist would be happy to help.

As always, the views expressed in this blog are my own.  I freely admit that I could be wrong!  If you disagree, if you want to comment, or even if you just have an educational correctional case, please comment!

10 thoughts on “Rectal Contraband. What Would You Do?”