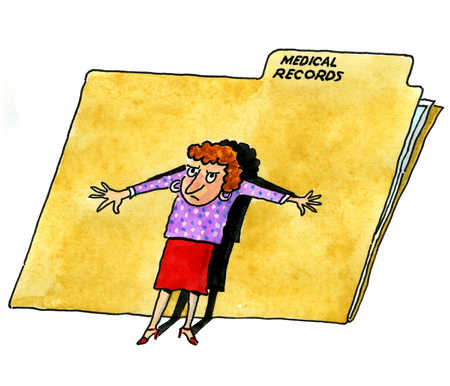 All of the information you need to write your guideline is contained in the Code of Federal Regulations (abbreviated CFR) 164.524, found here. You should begin by reading this in its entirety. Don’t worry, it is only 3 pages long and not as dense as many government documents are. Even I could understand it! CFR 164.524 answers every one of the questions we posed earlier.

Do inmates have an unrestricted right to obtain their own health records?

The short answer is “No. They do not.”

It is different for people not in jail. Unincarcerated people do have a right, according to HIPAA, “to inspect or to obtain a copy of” their own medical records (with some exceptions). But HIPAA grants an exemption to this basic policy for correctional institutions.

“. . . a correctional institution . . . may deny, in whole or in part, an inmate’s request to obtain a copy of protected health information if obtaining such copy would jeopardize the health, safety, security, custody, or rehabilitation of the individual or of other inmates, or the safety of any officer, employee, or other person at the correctional institution . . .”

Memorize this! So as long as you can honestly say that having a copy of their medical records back in the dorms might cause a problem, you can legally deny the inmate’s request for a copy of his health records.

Some jails have used this passage to issue blanket denials to all inmate requests for medical records. But I personally think a total record “black-out” is a mistake. If you flat out deny an inmate any type of access to medical records, this implies that you are hiding something. And a resourceful inmate will eventually be able to get those medical records anyway; by using a subpoena from their attorney for example or even through a court order. What do you think the average judge would say about a total ban on access to medical records?  I don’t want to find out!

So, Kathleen, you may legally not allow your inmates to take a copy of their medical records back to their dorm but, in my opinion, you should allow them to inspect their own medical records.

At my jails, we do this by making a photocopy of the inmate’s records and then putting the inmate in a room with those records and a pencil and paper. The inmate can have as much time as he wants inspecting the records and making notes or whatever. When he is finished, he can keep his notes, but not the medical records themselves. If the inmate has paid for these copies, I typically put them in the patient’s property.

What about mental health records?

What if the inmate wants to use the records to sue me?

Well, this one is a double edged sword. CFR 164.524 (a) (1) (ii) says that medical records information may be withheld from any individual, whether incarcerated or not, if there is “reasonable anticipation of . . . a civil, criminal, or administrative action” in which the information is relevant. So if you are sure the inmate intends to use the medical record information to prepare a lawsuit, you can refuse even to allow an inspection. But once again, a blanket refusal implies that you are covering something up. You may be adding fuel to the fire. The inmate might think “This proves that I have a case! They won’t even show me the records.” And, again, inmates can get the records despite your refusal via a subpoena. It might be the best policy to simply let the inmate inspect her medical records anyway. I have had several inmates change their minds about a lawsuit after they inspected the medical records and did not find the “smoking gun” that they expected. If you are not sure, ask your legal counsel!

What about records we have obtained from other facilities?

It is pretty common for jails to obtain records from previous providers, hospitals, and clinics. If the inmate wants to inspect her health records, should we include those outside records as well? The answer to this has to do with the fact that the outside clinic, hospital and the jail medical clinic are all separate “covered entitities” under HIPAA. The patient has requested records from one covered entity: the jail. To get the records from another, separate, covered entity, the patient should properly contact that facility directly. Said more succinctly, No, you don’t have to include outside records in the records the inmate will inspect.

How long do I have to respond to the request?

Can I charge the inmate for this service?

Why yes, you can! Fees are discussed in section (4). You can charge the inmate “reasonable” costs of copying or printing records for inspection. The keyword here is “reasonable.” In my opinion, you should charge no more than what is charged in the community. Ask your jail attorney what she charges to make copies for opposing counsel, and charge that!  Some jails I am aware of think that the hassle of billing and collecting fees is greater than the money they collect, so they either waive the fees entirely or charge a $5.00 flat fee.  Your choice.

What if the medical file is huge? Do I have to copy everything?

Well, you have a couple of options here. The first is to ask the patient what exactly he wants to see. Maybe he is just interested in the medical records relating to his back pain and doesn’t want to see the records of his visits to the dentist or when he had a rash and a cold. He may also not be able to afford the fees to copy the whole medical records and so will ask you to only copy certain things for his inspection. Also, CFR 164.524 (2) (ii) allows you to provide a written summary instead of the actual records if the patient agrees to this.

What if the inmate has been released and then requests the information?

Well, now the situation is different: the patient is no longer an inmate. And “an individual has a right of access to inspect and obtain a copy” of their medical records. As stated before, one exception to this right is if there is “reasonable anticipation of, or for use in . . .” litigation. I would certainly get the advice of your jail attorney before deciding NOT to send any records to a former inmate. You again can and, in this case, should charge reasonable fees, including postage, payable in advance.

Putting it all together. A typical scenario.

An inmate asks for copies of her medical records. Within a couple of days, the inmate receives a response, either in writing or in person, which says,

1. Per CFR 164.524, she will be allowed to inspect her medical records but not take them back to the housing dorm.
2. She will be charged a fee for copying the records (and what this fee is) and
3. the inspection will occur within 30 days

Within the next 30 days, the inmate is placed in a room with the copy of the records and enough paper and pencil to take notes.

You should take care that none of the copies are smuggled back to the dorm. You can do this by having a monitor in the room during the entire inspection. Alternatively, you can number all of the pages of the medical record so that it is easy to determine that the file is intact at the end of the inspection.

Finally, the copy of the medical record is then placed in a file for future reference or in the inmate’s property.

Mandatory Disclaimer: Though I have talked to several attorneys about CFR 164.524, the opinions in this blog post are my own. I could be wrong! You should consult your own jail attorney when you set up your jail’s policy and procedure regarding inmate access to medical records.

What do you do in your facility when an inmate asks for copies of their medical records? Do you have a different procedure than is presented here? Please comment! 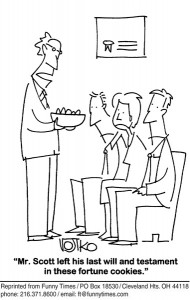 26 thoughts on “Reader Question: How Should We Handle Inmate Requests for their Medical Records?”