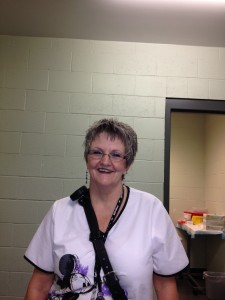 “I would like to know your thoughts on the ability to forcibly provide insulin coverage on a diabetic inmate whose sugars are out of control and is refusing blood sugar checks and insulin administration.”

This is a great question that I should have answered as part of the Diabetic Malingering series found here and here.  The question here is whether an inmate has a right to refuse medical care, even if doing so could result in harm.  In general, inmates retain the right to refuse medical care, as long as they are competent to do so and as long as the refusal is informed (more on that later). However, this right of refusal is not inalienable and  depends on clinical circumstances, such as how much harm the patient faces by the refusal, the reason the patient has for refusing and the patient’s competence.

In the case of refusing insulin, the risk the patient faces depends on whether the patient is a Type 1 diabetic or a type 2 diabetic. A Type 1 diabetic will eventually die without insulin and may lapse into a diabetic keto-acidosis coma in as soon as 3-4 days.  Type 2 diabetics, on the other hand, will not die without insulin.  They still make their own insulin.  They are insulin resistant but not insulin dependent.  Some are prescribed insulin to keep their blood sugars down, but they do not need insulin to survive.

Refusal of Insulin by a Type 2 Diabetic

So let’s first take the simpler case of a Type 2 diabetic who refuses to take insulin.  Since he does not need insulin to survive, and since insulin is not the only treatment option available, the refusal of insulin is analogous to the same patient refusing a diabetic diet.  It may not be in his best interest to refuse insulin (or a diabetic diet) but the patient has the right to refuse these treatments as long as the refusal is an informed refusal.  An informed refusal entails that someone, usually the jail practitioner, informs this patient of the potential harm that might ensue as a result of refusing medical care.  I would talk about the risk of heart attacks, strokes, kidney failure, blindness, foot amputations and every other complication of diabetes I can think of.  Besides warning him of the possible consequences of his refusal, I might just scare him enough to reconsider.  The threat of impotence seems to work particularly well in the scaring department!

After this, assuming that the patient continues to refuse care, I inform him that he can change his mind at any time and document the conversation thoroughly in the medical record.  There are times when you can be brief in your medical documentation but this is not one of them.  You need to document the risks you discussed with the patient, the fact that he refused and that you told him he could change his mind.  That’s the easy case.

Refusal of Insulin by a Type 1 Diabetic

The refusal of insulin by a Type 1 diabetic is a totally different case since type 1 diabetics are dependent on insulin to survive.  Without insulin, they can lapse into a diabetic coma in as little as 3-4 days.  The threat is real and immediate. The first question to ask a Type 1 diabetic who is refusing insulin is whether he understands this and whether he is intending to commit suicide.  In fact, for Type 1 diabetics, the conversation on adverse consequences can be much shorter than for Type 2 diabetics.  All you really have to say is “Without insulin, you will die.  Maybe within days.  Do you understand this?”

If the patient continues to refuse insulin despite this warning, my personal opinion is that, in most cases, this jail inmate should be forcibly restrained and given insulin despite his refusal.

“Wait!” you might be saying.”What about the inmate’s right to an informed refusal of medical care?” Well, there are several  issues here that bear on my decision to override this particular inmate’s right to refuse care.

1. What is the inmate’s motivation for refusing this life-saving medical intervention? There is a difference between a patient who is refusing life-or-death medical care for religious reasons (Like Jehovah’s Witness refusing blood products) versus refusing due to a trivial protest of jail policies or wanting to commit suicide.   I do have not have much respect for a patient who is refusing insulin as a method of manipulation.  And inmates do not have an innate right to manipulate.

3.  The threat to a Type 1 diabetic’s health of refusing insulin is immediate.  Without insulin, they may lapse into a coma within days.  There often is not enough time to adjudicate the question in court.  If, instead of wanting to commit suicide by refusing insulin, an inmate wanted to commit suicide by refusing food and starving to death, there would be plenty of time to get a judges opinion.  Death by starvation takes weeks.  Death by diabetic coma takes days.  I need to act now.

4. The solution to this dilemma is relatively quick and easy.  In order to keep a Type 1 diabetic alive, all we really need to give them is long acting basal insulin, either Levemir or Lantus, once a day.  And patients need only be restrained for literally seconds, just long enough to get a blood sugar and give insulin.  Patients won’t be well controlled with just Lantus, but it will keep them alive long enough to go to court, if necessary. More typically in my experience, after the first forced shot, patients usually change their mind and again accept diabetic care.

5. Finally, incarcerated inmates, to some degree, have lost absolute autonomy to make their own decisions.  Just like an inmate cannot choose what to eat or to wear, they do not have an inalienable right to refuse medical care when in jail.  Jails, prisons and juvenile facilities have some degree of guardianship over incarcerated inmates and also have not only the right, but the responsibility to protect the well being of the inmate as well as the safety and security of the institution.

“I’ll take insulin, but I refuse to allow you to take blood sugars.”

What I have written here is my own opinion.  I freely admit that smart people might just disagree with me!  In fact, I might be wrong!  You should discuss this potential situation with your facitily’s legal counsel and administration so you know in advance what you are going to do when the time comes.  And it will happen!  This is not that uncommon of a situation.

What would you do in the case of a Type 1 diabetic who is refusing insulin?  Please comment!

Special Thanks to David Tatarsky, General Counsel to the South Carolina Department of Corrections, for teaching me how to look at this case from a legal perspective.  Of course, if I have made a mistake, it is my mistake, not his!