Reader Question of the Week:

How do I go about convincing the management team to allow me to treat inmates for STI’s.  It is common practice to obtain a UA for c/o burning etc per protocol.  But, I am not allowed to move forward with determining if they have an STD if the UA is negative and s/s persist.  I am told there was previous funding for this, but was lost with budget cuts.  I am tempted to treat these inmates per WA State Department of Health Guidelines for STD management anyway.  Would this be wrong?  How would I know what to give them? I would be guessing.  I am thinking azithromycin 1 gm and flagyl 500 mg po bid x 7 days?  Comments?

The central issue for this question is the “False Negative” test.  Before I get to that, however, let’s review the corollary, the “False Positive.”

Test Specificity or “The False Positive”

I talked last week about  “False Positive” tests, particularly, the Prostate Antigen Screen for cancer.  False Positive tests are like the Little Boy calling Wolf.  How often does he call “Wolf!” when there is no wolf (false positive) vs. how often does he call “Wolf!” correctly (the True Positive)?  We have seen that in the case of the PSA test 76% of the positive results are false positives, leading the US Preventative Services Task Force to declare, basically, that the PSA is a bad screening test.  Other tests have a much lower false positive rate and so are more reliable–like one of our best tests, the pregnancy test.  But even a pregnancy test can have some, few false positives (it was misread, the patient has a tumor, etc.).  The official term for how reliable a test is when it gives a positive result is called test specificity.  Pregnancy tests are much more specific than are PSA tests, meaning that they give fewer false positives.  However, I much prefer the term “False-Positive Rate” because it conveys the concept better than does “specificity.” 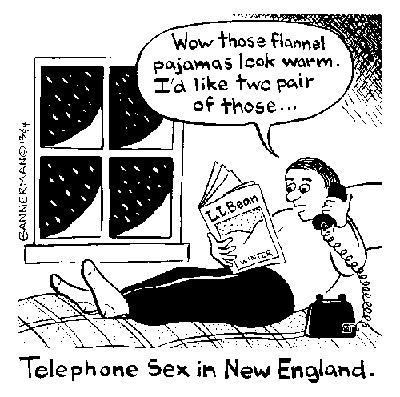 Test Sensitivity or “The False Negative”

The STD test problem is of the opposite kind–if the STD test is negative, how much can you believe that negative result?  Is it possible that the patient really does have an STD and the test missed it?  The answer to this is “yes!”  No test is perfect–all tests have some rate of false negatives.

The Urinalysis, for example, is commonly falsely negative.  Here is an excellent study that shows that if a young healthy woman has the classic symptoms of a bladder infection (dysuria, urgency and frequency) but a normal urinalysis, the UA is wrong half of the time.  In my residency, I was taught “Never order a test if you don’t care about the results.”  This is a classic case of that.  If a woman has the classic symptoms of a UTI, I should treat her whether the UA is positive or negative.  So why order it in the first place?

STD tests are very like this.  The False Negative rate of the STD tests we typically use in corrections are approximately one in four (you can look up the exact numbers here).  So if you only treat symptomatic inmates with a positive test, you will miss and not treat many inmates who truly do have chlamydia or gonorrhea, who will then infect other partners when they get out of jail.

Notice that we are talking here about symptomatic inmates.  STD screening tests are great to screen asymptomatic inmates, as is done upon admission in most prison systems.  But if an inmate comes to you and says “It burns when I pee and I have a drip,” that inmate needs to be treated whether or not his STD test is positive or not.  So why do the test?

You mentioned Flagyl (metronidazole), which is used for bacterial vaginosis and Trichomonas infections.  I use Flagyl for those patients, usually women, who have classic symptoms of one these infections.

2.  Because of this, it may be prudent to treat patients with suspicious symptoms without testing them.

3.  The screening tests still can be used to screen asymptotic patients and treatment failures.

How do you handle STDs in your facility?  Test? Or Treat without testing?

6 thoughts on “Question of the Week: STD’s–Test or Just Treat?”