I recently had to mediate a complaint from a jail deputy about a jail nurse. The jail deputy had called the nurse in to evaluate an inmate who was having seizures. The nurse said that they were pseudoseizures. The deputy was upset because “You’re accusing this inmate of faking. These weren’t faked. I was there and saw them.” He also was upset that “nothing was done” meaning that the patient was not sent to the ER and was not given any anti-seizure medications (the patient had requested Xanax to help control her seizures).

This little vignette has all of the elements of a good seizure/pseudoseizure case: a diagnostic dilemma (are these real seizures or not?), the potential for medical mismanagement if you get the diagnosis wrong, the possibility that the inmate is manipulating the situation, and, above all, a LOT of emotion. Everybody was upset here: The deputy was upset with the nurse for doing nothing about the patient’s medical problem. The nurse was disgusted and irritated with the patient for “faking.” The patient was upset—and filed a grievance– that she had not been given her “seizure medication” (Xanax).

The issue of seizures/pseudoseizures is a common occurrence in correctional institutions. Little has been written about this phenomenon. So today I’m going to begin to tackle the topic of pseudoseizures. It is a big enough subject that I am going to break it up into discrete segments, each of which (I hope) will have at least one pearl of wisdom to help guide the correctional care provider through this potential mine field.  We need to start by defining what I mean by a “real” epileptic seizure and what I mean when I say “pseudoseizure.”

Today’s Take Home Message: The word “pseudoseizure” does NOT equal “fake seizure.” Assuming this is a medical mistake and will get you into trouble.

Let’s start with what I mean by a “Seizure.” A seizure is defined by the International bureau of Epilepsy as a “transient occurrence of signs and/or symptoms due to abnormal or excessive synchronous electrical activity in the brain.” These signs and symptoms can vary, but by far the most common is, of course, a generalized or grand mal seizure in which the patient loses consciousness and has characteristic severe contractions of their muscles. These tend to occur in a “tonic-clonic” fashion, which is a fancy way of saying that the arms and legs flex and then extend while the back arches. Also, the patient’s eyes are open and deviated as a general rule, which means the eyes are looking up and to one side–they are not closed and not staring straight ahead. Generalized seizures like this usually last for less than 2-3 minutes, though they can go on for much longer than this. Sometimes, as a result of the involuntary muscle contractions, seizure patients will wet their pants and bite their tongues. One very important characteristic of generalized seizures is that when the seizure ends, the patient then has a postictal period in which he is confused and disoriented. Depending on how long the original seizure was, the postictal state can last from a few minutes to over an hour—but tends to be much longer than the original seizure.

For the sake of clarity, I am going to call generalized seizures like this “epileptic seizures” to differentiate them from the non-epileptic pseudoseizures that follow.

So, to summarize, an epileptic seizure has the following general characteristics:
1. The patient is unconscious.
2. The muscle contractions occur in a characteristic way: flexion followed by extension.
3. The patient’s eyes are open and deviated.
4. The seizure is followed by a lengthy, confused, postictal period.

Of course, during a seizure, there is also “abnormal or excessive synchronous electrical activity in the brain,” but, well, you usually cannot see that unless you happen to have a spare EEG machine lying around.

And, of course, this is a simplified summary of the most common presentation of seizures. There are many other kinds of epileptic seizures, some of which are really bizarre. They’re just not very common (thank goodness).

I recall a case I had during my days as an ER doc. I was suturing up a facial laceration on a toddler and looked up just in time to see Dad pass out and topple over like a tree. (This always seems to happen to Dad, not Mom. Why is that?) Anyway, Dad fell back partially into a chair and immediately began to have rhythmic spasm-like contractions of his arms, legs and his facial muscles. The nurse helping me cried out “He’s seizing!” and ran to get help. But the thing was, Dad wasn’t seizing. He was instead having a type of pseudoseizure. It is actually not uncommon for syncope patients, especially when they pass out while standing, to have some associated twitching and jerking. These are medically termed “myoclonic jerks” and they are not an epileptic seizure. If we had had an EEG hooked up to Dad’s head when he passed out, there would have been no abnormal electrical activity. Also, these myoclonic jerks were easily differentiated from a real epileptic seizure because they only lasted a few seconds, did not occur in a tonic-clonic pattern and Dad almost immediately woke up and was not postictal. He was embarrassed, though.

One important point to make here is that Dad was not “faking.” He actually passed out. And yet this was a pseudoseizure.

A psychogenic seizure is closer to what people mean when they say “that patient was having a pseudoseizure.” These are also called “Non-Epileptic Attack Disorder (NEAD).” I actually prefer NEAD because it takes the word “seizure” out of the title. However, PNES is the more standard term, so that is what I will use here.

PNES refers to patients who have episodes in which they are non-responsive (but not unconscious—more on this later) and intense seizure-like movements. These tend to be triggered by psychological stress and frequently occur as part of conversion disorder. PNES can sometimes be quite hard to differentiate from a true epileptic seizure, though my next post will be devoted to how this may be done.

Although PNES usually has a psychological cause, patients with PNES are not “faking.” PNES is a symptomatic expression of a true psychological phenomenon. Let me illustrate this with an analogous example. Consider a patient who is having a panic attack about getting on an airplane. She is rocking back and forth and hyperventilating. She is dripping sweat. Her heart rate is 154. These are pretty dramatic symptoms arising from psychological stress, and yet I’d bet no one would say that this patient is “faking it.” The panic attack is real. Acknowledging that this phenomenon is real does not mean that this woman cannot do anything to help herself. In fact, in that way, it is similar to just about any other sort of symptom, like a headache. The headache also is real and there are many things the headache patient can do to help herself.

PNES should be viewed in the same way. Patients with PNES are not faking. In fact, it is a serious medical mistake to assume that they are faking AND this assumption can cause real harm. Don’t make this mistake.

Finally, it is important to realize that somewhere around 30% of PNES patients also have real epileptic seizures. Just because you have determined that one particular episode is a PNES pseudoseizure does not mean that every event that this patient will ever have is a pseudoseizure.

Well, the time has come. I admit it. There are indeed patients who intentionally and deliberately fake having seizures. In fact, there are two different medical terms for these patients. The first is “malingering.” Malingerers have a specific goal in mind when they “seize.” In jails, the two most common goals are 1. To get out of jail, as in: “If I have enough seizures, the judge will have to let me go.” or 2. To be given a benzodiazepine sedative, like Valium.

Other patients, however, have no specific goal in mind when they fake a seizure other than having attention paid to them. If that is the case, the patient is termed to have “factitious disorder.”

There are three problems with these patients who are, admittedly, faking their symptoms. The first problem is that the suspicion that a patient is faking their seizure invariably engenders lots of negative emotions like anger, frustration and contempt. These can not only ruin what might otherwise have been a fine day, but more importantly, they can (and do!) get in the way of good medical practice. If you are feeling angry and contemptuous towards your patient, you are unlikely to provide very stellar care for them.

The second problem with “fakers” is that most of the time, you simply cannot know for sure whether this particular patient really is faking or not. As we have seen, psychogenic non-epileptic seizures are not fake—no more so than a panic attack or a headache. Responding to PNDS as “fakers” will be as effective as telling the woman with the panic attack to “stop faking.” It will be ineffective and counterproductive.

The last problem with those truly faking their seizures is this: even if you are right and the patient truly is malingering, accusing them of faking will not usually make them stop. To the contrary, malingerers who are accused of faking tend to redouble their efforts to convince you that these are real!

Fortunately, there is one very good solution to these problems and that is to not care whether the seizure/pseudoseizure is faked or not! In the long run, whether the patient is faking or not is irrelevant. Give up the judgmental attitude. You’ll feel better and, more importantly, you will practice better medicine. 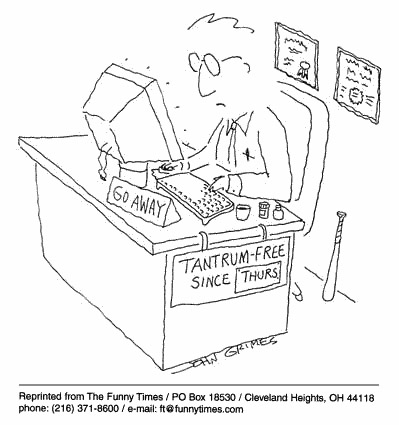 And keep this in mind: The single worst thing that you can do as a medical provider is to assume that a patient is faking—and be wrong. If you have done this and the patient ends up having a bad outcome, you are toast. Do not take this risk with something as hard to sort out as seizures/pseudoseizures.

Instead, remember what your overall medical goal is in these cases:

You want the seizure-like activity to stop. You want the patient to stop having them in the future.

Whether these are true epileptic seizures or PNES or malingering, it doesn’t matter. You want them to stop happening. And the first key to achieving this goal is to give up the labels (“Faker!”) and give up the emotion (“Jerk!”). These attitudes get in the way of achieving your goal—having the seizure-like episodes stop.

The second key to achieving your goal is to make an accurate diagnosis. True epileptic seizures are treated very differently than are PNES. And, of course, you cannot correctly treat unless you make a correct diagnosis.

How to accurately differentiate an epileptic seizure from PNES and other pseudoseizures will be the subject of my next post on JailMedicine.

Do you have an interesting or educational experience involving pseudoseizures? Please comment!