You are called by jail deputies to see a patient who had a short seizure and now is having another. The patient has only been in jail for a couple of days. He did not mention a seizure disorder at booking. He was arrested on a meth charge.

When you arrive, the patient is on the floor of the dorm, unresponsive and twitching. What do you do?

The diagnostic problem here is whether this is a true epileptic seizure or whether this is one of the various kinds of pseudoseizure. Accurate diagnosis is important because the treatment for the two conditions is so different.

Two epileptic seizures in short succession should make you think about status epilepticus and calling an ambulance. Even if the seizure stopped and you didn’t send this patient to the hospital, you would want a detailed examination in clinic to determine why these seizures happened. Is this a manifestation of some type of withdrawal, such as alcohol withdrawal? Does he have a seizure disorder that he did not tell you about before? You might consider a benzodiazepine like Ativan acutely and an anti-seizure drug like phenytoin. Down the road, you might want to do a work up, such as blood work, an EEG and maybe even a specialist referral.

On the other hand, if this is a seizure look-alike such as a Psychogenic Non-Epileptic Seizure (PNES), your treatment algorhythm would look much different. Then, your goal is just to stop the event and hopefully, be able to intervene in some way (counseling?) to prevent these from happening in the future. No ER visit. No seizure drugs. No EEG etc.

To get the diagnosis wrong—either way—would be to treat the patient inappropriately and perhaps even to harm the patient. So, accurate diagnosis is paramount.

It turns out that there are several observations, “field tests” and tools that can be useful in differentiating true epileptic seizures from pseudoseizures. There are even lab tests that can be useful! Some of these are much more reliable and accurate than others and I will point these out.

The two most important differences between pseudoseizures and grand mal epileptic seizures are:

1. During a true epileptic seizure, the patient’s eyes are open and deviated (looking off to one side or the other). The eyes of a patient having a pseudoseizure are almost always closed. And if you open the pseudoseizure patient’s eyelids with your fingers, the pupils will not be deviated—rather, they will be looking straight ahead.

Memorize these two key differences! Everything else is less important.

However, other common differences between a true epileptic seizure and a pseudoseizure can also be useful in certain cases:

3. Epileptic seizure patients go through a tonic-clonic movement pattern: flexion of the limbs followed by extension. The arms are held close to the body. Pseudoseizure patients do not follow this pattern. Often, their arms are held akimbo away from the body. They also may also do other movements not seen in a true epileptic seizure, such as rolling side to side, pelvic thrusting, rolling the head back and forth, etc.

4. True epileptic seizures build to a crescendo then abate. Pseudoseizures tend to wax and wane.

5. True epileptic seizure patients commonly bite their tongues and sometimes lose continence. Pseudoseizure patients rarely do either. (Though I once dealt with a particularly skillful patient with factitious disorder who made it a point always to bite his tongue and wet his pants when he staged an event).

This is the single most important difference between a true Epileptic Seizure and a pseudoseizure: patients having an epileptic seizure are unconscious! Pseudoseizure patients may be unresponsive, but they are not unconscious. 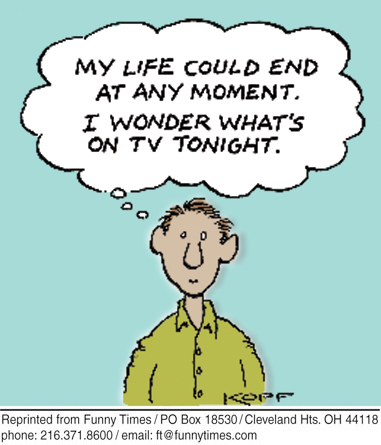 This insight is, of course, useful when a patient is carrying on a conversation during a “seizure” event–like the patient who once said to me while she was shaking (with her eyes closed, by the way): “I’m having my seizure now! You will need to give me Xanax. It’s the only thing my doctor found that helps.”

Most pseudoseizure patients, however, do not give themselves away so easily. They are more typically unresponsive: You can talk to them, shake them—no response.

Because of this, I was taught in my residency several other even more painful procedures to inflict on unresponsive patients—nerve roots to poke, pressure points to grab ala Mr. Spock, and—well, you get the point. Similarly, I’ve seen health care providers use foley catheters and large bore IVs to “wake up” a patient they suspected of having a pseudo-event.

However, the more important problem with all of these painful techniques is that they are ethically questionable. Intentionally hurting our patients? I don’t know. Such procedures especially tend to be misused when the medical provider feels angry at the patient for “faking” a seizure. I’ve seen “caregivers” become quite cruel and even borderline sadistic applying such painful procedures. I personally am uncomfortable with these techniques . . . especially when there is a better alternative.

Contrary to the sternal rub, I have never seen an ammonia capsule fail. No conscious person can inhale ammonia fumes and not react. It is a reflex as much as anything. Plus ammonia has the advantage of being unpleasant but not painful.

The trick is knowing how to use ammonia capsules correctly. Like any other tool, ammonia can be used effectively or misused. But I have never seen or read anywhere where the proper use of ammonia capsules is taught. I intend to rectify this sad situation!

Next on JailMedicine: A Pictorial Tutorial on the Proper Diagnostic use of Ammonia Capsules

Mandatory disclaimer: I have presented here my own opinions, which I have developed as a result of my training and experience. Feel free to disagree! I might be wrong. But if you do disagree, please explain why in comments!