Your patient is a 29-year old male who presents to the medical clinic stating that he has been having a feeling of a racing heart off-and-on for the last couple of months.  It comes and goes, maybe two or three episodes a week.  They only last a few minutes.  He feels odd when this happens but he does not have to stop his activities.  He has noticed no pattern to these; they have happened at work (he is an inmate worker), in the middle of the night and every time in between.

His physical exam is normal including blood pressure of 124/78, regular heart rate of 68 and normal heart sounds.

What do you think is going on?  Would you order any tests? 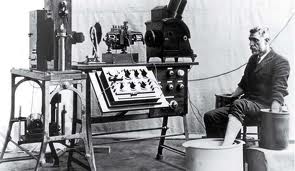 So he most likely is having some type of “on-off” tachycardia.  These come in two basic types:  the really serious, potentially lethal ventricular tachycardias (V. Tach) and the less serious (but still a considerable nuisance) atrial tachycardias, of which the two most common are Paroxysmal Supra-ventricular Tachycardia (PSVT) and Atrial Fibrillation (A. Fib).  Some people also feel like their heart is racing when they are having anxiety attacks—and this patient does report some anxiety issues as well.

A Risk Assessment shows this patient to be at low risk of having V. Tach or A. Fib because he is young, healthy and has no history of heart disease, diabetes, hypertension or any other risk factors.  So most likely, he either is having nuisance episodes of PSVT or else anxiety or something like that.  However, the final part of a tachycardia risk assessment is an EKG.   Even if the patient is not having symptoms now, some people are born with an abnormality of the electrical system of their hearts that they may not know about but which puts them at risk for a more serious than average PSVT.  Two examples of this are Wolf-Parkinson-White syndrome and Brugada syndrome.  Both of these will be evident on a regular EKG at rest.  If this patient has a normal EKG (i.e., neither of these congenital syndromes), then there is no rush to figure this out.  The racing heart is likely a nuisance rather than life-threatening.

And it is a good thing that there is no rush because it is almost impossible to make a definitive diagnosis unless the patient is attached to an EKG monitor at the exact time that he is having one of these episodes.  That’s not easy.  I remember from my ER days that this often is notoriously hard to do.  Patients, of course, are usually not having the racing heart while they are talking to you or when you do the original EKG.  You can hook the patient up to one of the wearable heart monitors like a Holter Monitor or a King-of-Hearts—but even then it is common for the patient not to have any events in the two days that they are wearing the device.

I had a bit of luck with this particular patient, though!  Here is his EKG: 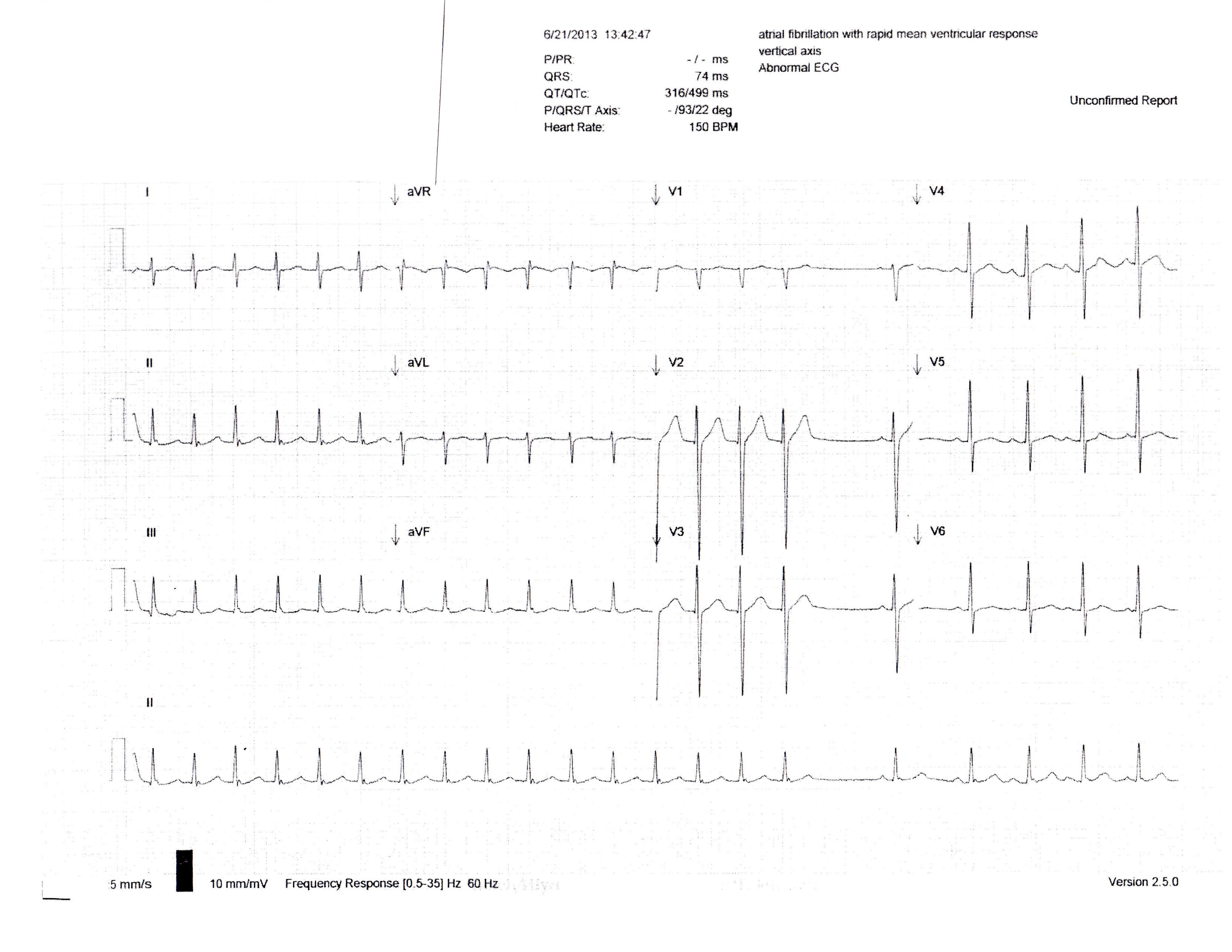 What do you think the diagnosis is?

This is a cool EKG.  During the first two-thirds of the tracing, the patient has a tachycardia of around 150 beats a minute.  Then there is a transition “flat-line” segment while his heart was re-setting, and then the last one-third is a normal rhythm.  The diagnosis is made!  Let’s look more closely at the tachycardia at the beginning of the tracing.

So, putting it all together, we have a narrow complex tachycardia without p waves that suddenly, before our eyes, converts to a normal sinus rhythm.  The diagnosis is made!  This is Paroxysmal Supra-Ventricular Tachycardia.  The patient has this because he was born with a small accessory electrical pathway in his heart that allows the electrical current that regulates his heart beat to periodically “circle” around the AV node, causing the narrow complex tachycardia without p waves.

This is important because by putting the patient on a beta-blocker, we can slow down or even totally stop these racing heart episodes from happening.  This patient should also see a cardiologist at some point (though there is no rush in this particular patient) because, depending on how he does on the beta blocker, he may be a candidate for an electrical oblation procedure which may totally cure him of the tendency of having these episodes.

Have you seen any interesting dysrythmias at your facility?  Share in comments! 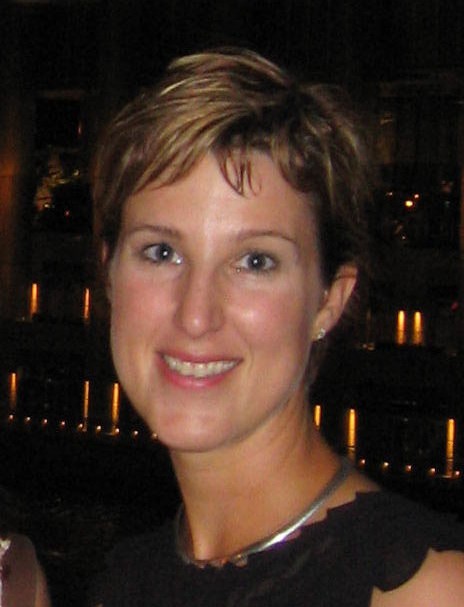 Don’t forget Essentials of Correctional Medicine conference in Salt Lake City , February 18-21, 2014!  Among the great speakers, we will have Neelie Berlin to discuss the many disgusting rashes we see in corrections.

9 thoughts on “Interesting EKG. What is Your Interpretation?”