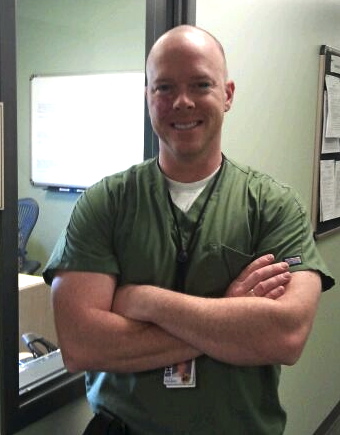 Mike, Nursing Supervisor, Ada Co. Jail in Boise. Should he be screened for prostate cancer?

SCREENING FOR PROSTATE CANCER: A REVIEW OF THE EVIDENCE FOR THE U.S. PREVENTIVE SERVICES TASK FORCE

One of my hobbies is that I do Wellness-Fitness examinations of local firefighters.  They come in once a year and, for the most part, are quit fit and healthy.  As part of their wellness screen, I have been doing PSA tests on everyone over the age of 40.  One year, a certain 50ish year old firefighter’s PSA came back at 13.0.  That is very high.  The previous year, it had been normal at 2.0.  Our local urologist did a biopsy (which, according to the firefighter, was not fun in the least).  After a long anxious period of worrying and waiting on the part of my friend, his wife and children, the biopsy results returned as negative.  By the next year, his PSA had mysteriously again returned to normal.  He had been a victim of “The false positive PSA.”

Unless you have been on Walk About in the Australian outback for the last couple of years, you probably have heard that the US Preventative Services Task Force has officially said that I should not have ordered that screening PSA test in the first place.   They have officially recommended (found here) that routine prostate cancer screening using the PSA test should NOT be done; or at least, the evidence showed that overall, harms outweighed the benefits.  This has been a controversial decision to say the least.  Based on this official recommendation, routine PSA screening could basically cease in correctional institutions.  How much money would that save in your prison system!

This week’s interesting article is the publication of the evidence that the USPSTF used to make its decision.  I have heard critics who strongly disagree with the USPSTF, but who had not read the evidence that the decision was based on.  In my opinion, everyone should read and understand this data before making a decision about the benefits (or lack, thereof) of prostate cancer screening.

The USPSTF evaluated 5 long-term studies of cancer screening.  Of these, 2 were by far the most important.  I’ll call these “The American Study” and “The European Study.”  The American study followed 75,000 or so men for 10 years.  The European study followed 180,000 men for 9 years.  In both groups, of course, the men were split into two groups.  One group received prostate screening with PSA and rectal exams, the other group received no screening.

The European study, on the other hand, did find fewer deaths from prostate cancer between the two groups—but it wasn’t very much.  The Number Needed to Treat was 1410, meaning that you have to screen 1410 men (and treat 49 men for cancer) to prevent one death.  1409 out of 1410 get no benefit.  Also, there was no difference between the two groups in all cause mortality, so presumably screening saved one cancer death but caused one death by some other mechanism.

The other three studies reviewed by the USPSTF, like the American study, showed no benefit to screening, but were of lesser quality and so the USPSTF paid them less mind.

Unlike the potential benefits, both the American study and the European study (as well as the 3 lesser studies) agreed as to the level of harm caused by prostate screening and treatment.  The approximate numbers are as follows:

76% of prostate biopsies done because of elevated PSAs are negative (my firefighter was a member of this group). Prostate biopsies are certainly not pleasant (to say the least).  1 out of 100 men undergoing prostate biopsy will have a serious complication, such as a serious infection.  These are the “False Negatives.”  Others are “over-diagnosed.”  That means that they are found to have real cancer and undergo treatment, but the cancer would have been so indolent and slow-growing that they would have died from another cause and never been bothered by the cancer in their lifetime.

Those who are proven at biopsy to have prostate cancer will typically receive one of three treatments:  radiation therapy, surgery to remove the prostate, or “watchful waiting.”

Of those who underwent prostatectomy, 1 in 200 died perioperatively.  Somewhere between 1 in 100 to 1 in 30 had a cardiovascular event like a stroke or MI. 1 in 3 became impotent (which is now not a politically correct term; I should have said “suffered erectile dysfunction”).    Finally, 1 in 5 became incontinent.

Of those treated with radiation, 1 in 7 become impotent (oops again, “suffer erectile dysfunction”).  There is also a significant amount of bowel dysfunction, though no number was applied to this complication.

And again, in the American study, all of this prevented no prostate cancer deaths.  In the European study, 48 will have to be treated to prevent one death.  47 of 48 would have lived anyway.

A summary of the USPSTF evidence is found at the end of this article.

Criticism of the USPSTF Recommendations

The recommendations of the US Preventative Services Task Force seem to make sense, but, as reported here, have been widely ignored.  Here is an example of an article about Urologist backlash. Feelings have run high and hot!  There have even been allegations of harassment of physicians advocating the USPSTF recommendations.

The best argument against this data that I have heard is that the men in the study just have not been followed long enough.  10 years just wasn’t long enough.  After 20 or 30 years, the argument goes, the benefits of screening will be apparent.

The other main argument against the USPSTF recommendations seems to be that doctors and patients just don’t believe it!  Screening has to be good!

Finally, there is the medico-legal concern.  “If we don’t do screening, and an inmate gets prostate cancer and has a bad outcome, we will get sued.” Would any of you correctional attorneys care to comment on this one?

Whether you believe or disbelieve the Task Force recommendations, it is a worthy subject for discussion within your facility.  Should you do PSA tests on inmates at your prison?

Postscript:  For those interested in a more detailed discussion of the benefits vs. harms of all kinds of cancer screening, I heartily recommend this book: Know Your Chances: Understanding Health Statistics 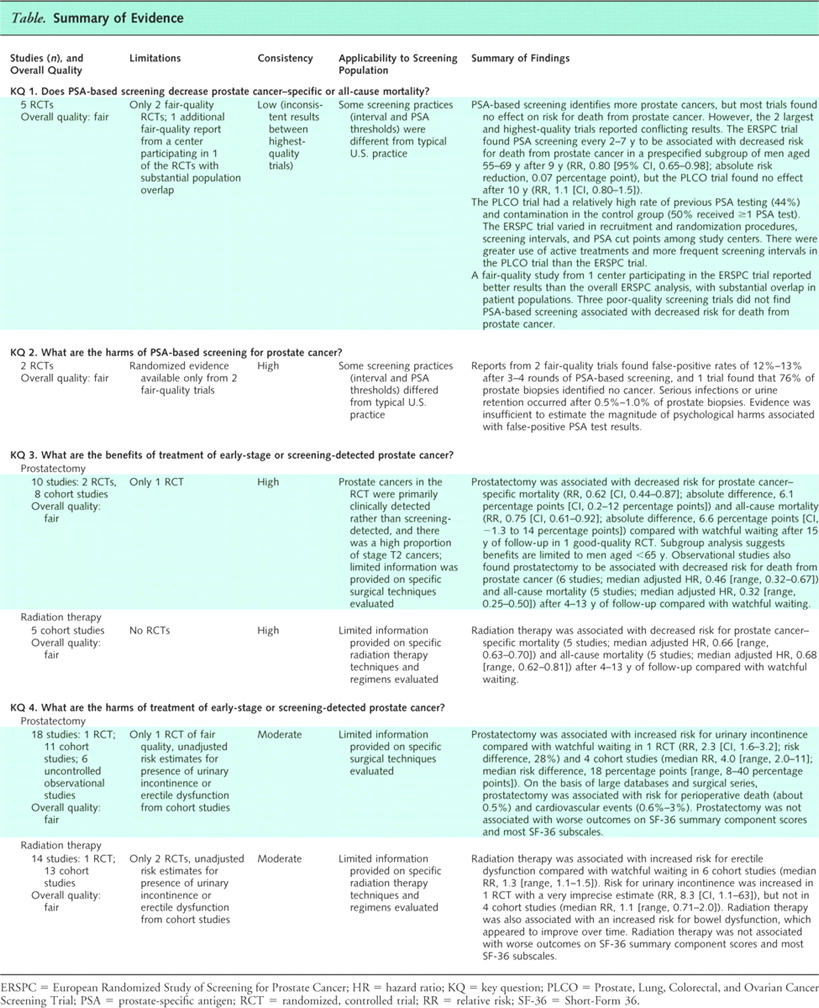