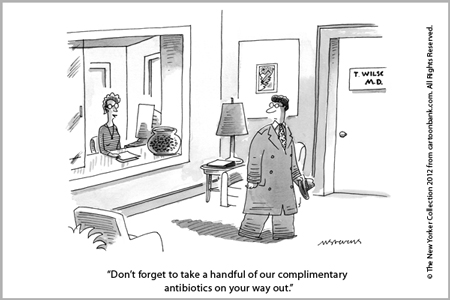 An acquaintance complained to me recently that he was struggling to afford his medications, which cost him a couple of hundred dollars a month.  I looked at his medication list and saw (among other examples) that he had been prescribed the statin Crestor, which costs $5.00 a pill, even though generic simvastatin costs just 3 cents a pill!  He was prescribed the Angiotensin Receptor Blocker (ARB) Benicar ($4.26 a pill) even though the generic ARB losartan costs 7 cents a pill.

When I called the prescribing doctor on behalf of this patient, the doctor readily changed his prescriptions to the more affordable brands.  But why would he prescribe expensive stuff his patient couldn’t afford in the first place?  That is the subject of our interesting article of the week.

Assessment of prescribers’ knowledge of the cost of medications.

This attitude may be common (common?  Almost universal!) in the outside world of medicine, but it has no place in Correctional Medicine.  We prescribers who work in correctional facilities need to have an idea of what drugs cost.

What is the Value of a Drug?

Sometimes, new and expensive drugs are touted by drug reps as having, say, “17% improved relative benefit” over the old, generic drug.  Almost always, these claims are unfounded or the difference is clinically meaningless.  But even if it is true, the generic drug  will still usually have more Value.  Nexium versus omeprazole is a good example.  AstraZenica, the maker of Nexium, claims that Nexium provides slightly better stomach acid control than does omeprazole.  Most experts do not believe this, but even if it is true, omeprazole costs 10 cents a pill, whereas Nexium costs $6.15 a pill.  Is Nexium 61 times more effective than omeprazole?  The answer is, of course, no.  Instead, omeprazole is 60 times more Valuable than is Nexium.

So why is Nexium one of the best selling drugs in the world?  The Interesting Article of the Week has the answer:  Because U.S. doctors don’t know how much Nexium costs and they don’t care.  Sad.

Let’s make sure that we Correctional Medical Specialists know the basic price of the drugs we use.  To do this, we need a source.  Your pharmacy is one source.  Have your pharmacy do a price comparison for you on a different category of drug every month.  You can also find the acquisition cost of most medications online.  Here is the one I use:  The Idaho Average Acquisition Cost Drug List.  It is published by Idaho Medicaid and is updated every two weeks.  You can find it here.

Here is the Average Acquisition Cost Drug List price for the medication classes I discussed in today’s post:

Comment:  If you have to use an ARB rather than an ACE inhibitor, why would you use anything other than losartan (at least until the price of irbesartan falls to comparable levels?)

Comment:  Note that atorvastatin is rapidly falling in price and will soon be comparable to simvastatin and pravastatin.  Lipitor was once the top selling drug in the world!

Comment:  Note that pantoprazole (Protonix) is now even a little less expensive than is omeprazole!  And remember that omeprazole also has an OTC formulation, so you can put it on your commissary, so inmates won’t have to come to you to get it.

Do you track drug prices at your facility?  How do you do it?  Please Comment!

2 thoughts on “Interesting Article of the Week Plus Price Check!”