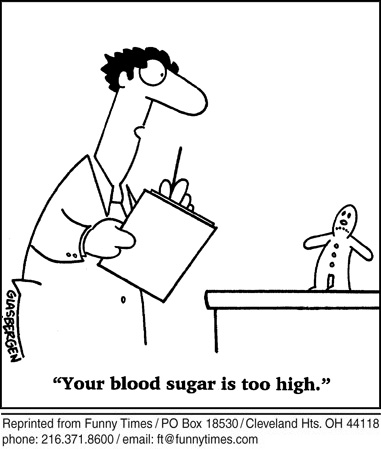 I have found, in my years of practicing correctional medicine, that few practitioners who come to corrections are comfortable with insulin dosing. In my experience, this is especially true for physician assistants and nurse practitioners, but many physicians have problems, too. Insulin dosing can be complicated and tricky at times, but for most patients, 10 simple rules will get you to where you need to be.

We first need to cover some groundwork and some terms. Insulin terminology can be confusing. First, it is very important to remember that this discussion applies to type 1 diabetics only. Type 2 diabetics sometimes use insulin, but that’s a “whole ‘nother ballgame.”

There are two types of insulin used for two very different purposes when treating type 1 diabetics. The first is basal insulin, which is used to replace the insulin that the normal pancreas releases constantly—whether we eat or not. Long-acting insulin is used to provide coverage for the basal metabolic needs of type 1 diabetics. Examples are insulin glargine (Lantus) and insulin detemir (Levemir). The most commonly used long-acting insulin is Lantus, so I am going to use that name in this article. (I have no financial ties to the maker of Lantus—I use that name because it is the name most commonly used by patients).

The second type of insulin that type 1 diabetics need is short-acting insulin, which is given to cover the carbohydrates in the food they eat. Short-acting insulins are given just before a meal or snack and, ideally, the dose should vary depending on how many carbohydrates are in the food. Examples of short acting insulins are insulin regular, insulin aspart (Novolog) and insulin lispro (Humalog). Again, I will use the term Humalog in this article because it is the term most often used by patients themselves. And again, I have no ties to the maker of Humalog.

Finally, I must point out that there are other insulin dosing systems besides the Lantus-Humalog system I am presenting here. For example, many patients now use insulin pumps, and some still use the older NPH-Humulin system.

10 Rules of Insulin
We are going to apply our rules to two imaginary patients. “Jeffrey” has been newly diagnosed as being a type 1 diabetic. “Ernest” has been taking insulin since he was a child. Both have come to our jail and need insulin orders written. By going through the rules of insulin, we can quickly and easily calculate appropriate insulin orders for these two patients.

Rule No. 1
The basic unit of insulin dosing is the total daily dose, abbreviated TDD. If you count up every unit of insulin that a patient takes in one day, that is that patient’s TDD. Example: Yesterday, Ernest took 33 units of Lantus insulin and 57 units of Humalog. His TDD was 90.

Jeffrey is a newly diagnosed type 1 diabetic. What should his beginning insulin dosage be? Generally, you should begin dosing at the low end of the range and gradually move up. Jeffrey weighs 80 kg and we want to start at around 0.5 units per kilogram, which equals a TDD of 40 units per day.

Rule No. 3
Approximately half of each patient’s TDD should be Lantus and half Humalog. We calculated Jeffrey’s initial TDD at 40 units, so half of this, 20 units, should be given as Lantus and the other 20 units will be given as Humalog. Lantus normally is dosed once a day.

Notice that Ernest is taking too little Lantus. He is taking 33 units of Lantus per day, but since his TDD is 90, his dose should be around 45. That change should reduce his need for Humalog, which should fall to around another 45 units.

We have calculated that Ernest’s daily Humalog dose is 45 units. Divide that by 3 and Ernest should get approximately 15 units before each jail meal.

We estimated Jeffrey’s initial daily Humalog dose to be 20 units. Let’s add one to that (these are estimates, after all, so let’s make things easy) to get 21 units. Divide that by three and Jeffrey will get 7 units before each meal. By the way, it is OK to unbalance the 50-50 ratio a little to make dosing work. When we do, the patient should usually take a little more Humalog.

The rule of 1800 can be used to create a patient-specific sliding scale so that high blood sugar levels are addressed each time they arise.

Rule No. 7
This rule tells us how fast to adjust a patient’s insulin dose. Let’s say Jeffrey’s blood sugars are consistently in the 300s. His insulin dosage needs to be increased. This rule says to increase the dosage by no more than 5% to 10% every two to three days until you reach your goal. You must remember to keep the (approximate) 50-50 balance between Lantus and Humalog. Since Jeffrey was taking a TDD of 41 units, 5% to 10% of that is 2 to 4 units. One way to add another 4 units to Jeffrey’s TDD would be to increase his Lantus dose to 21 units a day and increase his Humalog to 8 units each meal. If he is still running too high in 2 to 3 days, we can increase his Lantus by 3 units to bring him back to perfect 50-50 balance (24 units of Lantus, 24 units of Humalog divided between three meals).

If you have been using a sliding scale, another way to make insulin dose adjustments is to add all of the sliding scale doses the patient has been given to the previous TDD and then recalculate the 50-50 Lantus-Humalog split based on the new TDD. For example, Ernest was taking a TDD of 90 units. However, he also received an average of 10 units of sliding scale insulin every day. His new TDD is 90 plus 10 for a total of 100 units. Divide this in half and his new Lantus order is 50 units and his new Humalog dose is 50 units divided between three meals. Notice that this is a much more aggressive increase of insulin dose. Be sure to consider the next rule, No. Eight, each and every time before you make a large insulin dose adjustment.

Rule No. 8
If a patient’s blood sugar is running high, check his commissary purchases! Remember that blood sugar is dependent on two factors: what the patient eats and how much insulin he is taking. If you cannot bring blood sugar under control, often the reason is that the patient is eating extra “junk” that he purchased from the commissary. This is also often true of patients whose blood sugars jump around a lot—now way too high and now too low. Let’s say we notice that we have steadily increased Ernest’s TDD of insulin until he is taking more than 1.0 unit per kilogram. “That’s odd,” we think. So applying Rule No. 8, we check his commissary purchases and find that he is buying an average of 10 ramen noodles, 15 candy bars and 10 bags of chips each week. Ernest needs some serious diabetic nutrition counseling. If we don’t change his eating habits, we will never control his diabetes adequately.

Rule No. 9
Approximately 20% of type 1 diabetics need to have their Lantus dose divided and given twice a day. The reason is that Lantus lasts for 20 to 24+ hours, depending on the patient. If Jeffrey is a rapid metabolizer of Lantus, he will “run out” of Lantus in less than 24 hours. We will know this because his blood sugars will be running high just before he takes his Lantus dose. The solution is to divide the dose and give it BID. If Jeffrey is taking 24 units of Lantus, we would divide this and give him 12 units BID.

Rule No. 10
What about NPH? This intermediate-acting insulin is usually given twice a day. In type 1 diabetics, NPH is usually given along with regular insulin. Lots of patients who come into the jail are still taking NPH and Humulin insulin, often prepackaged as 70-30 insulin, which contains 70% NPH and 30% Humulin. So it is useful to know how to dose NPH insulin. NPH and Humulin are dosed using the “2/3, 1/3 Rule,” which states that the TDD is split as 2/3 NPH and 1/3 Humulin. Furthermore, 2/3 of the daily dose is given in the morning and 1/3 is given in the evening. So let’s say that John’s TDD of insulin is 90 units. Each day he will take 60 units of NPH and 30 units of Humulin. These will be split so that he takes 40 units of NPH plus 20 units of Humulin in the morning and 20 units of NPH plus 10 units of Humulin in the evening. Since NPH and Humulin usually are already conveniently packaged as 70-30 insulin, all we have to do is give 2/3 of the patient’s dose in the morning and 1/3 in the evening.

To Learn More …
These 10 rules should be enough to get those practitioners started who have had little experience prescribing and changing insulin dosages. These rules are just a beginning, however. There is still much more to learn. For those interested, an excellent tutorial that goes into much more detail can be found at www.2aida.org/aida/tutorial.htm

29 thoughts on “Insulin Dosing Made Simple”