What are your thoughts regarding disrespect? 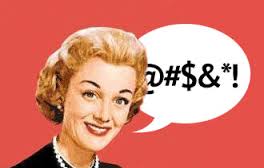 As health care providers we are trained to be tolerant when patients are less than pleasant – excusing their behavior as a result of their illness / injury. Certainly there are occasions when this is appropriate. However, that tolerance can be abused in the correctional setting.

Inmates may be in pain or other discomfort and express themselves in a colorful manner with a variety of the seven words made famous by George Carlin. However, the spiteful, intentional, disrespectful and aggressively vulgar disparaging commentary of some individuals is clearly not the same thing – no matter the context. That is not OK just because it is Jail/Prison either.

In my best behavior, I will pass on the language associated with illness/ injury; address the over frequent use of bad language by inmates during clinic; and terminate visits of those who are grossly inappropriate.

Corrections staff is a wholly different kettle of fish. I personally believe that it is not appropriate. The officers (by their behavior) should set some example of expectation – people will rise to the bar of behavior that is set.

Thanks for the question Al!  I agree with you.  I do not like to hear swearing from inmates or staff.  Along with you, I also think it is disrespectful.  I understand that inmates swear chronically and habitually.  However, jail staff should have better communication skills than this.  When staff swear, it coarsens the overall functioning of the jail.  Swearing by staff leads to a decline in the professionalism of the staff and of the discipline of the inmates  (I think so anyway).

I can’t stop inmates from swearing in the dorms but I do not have to tolerate swearing in front of me or my staff.  If I do tolerate swearing by inmates, even if it is habitual, this also hurts the overall discipline and functioning of the jail medical clinic.  It certainly gets on my nerves and thereby diverts my attention from my job!  Besides, even if their swearing is habitual, inmates know that they shouldn’t swear in certain social settings.  They can control their tongues when they are around their kids or their mothers, for example!

So swearing is not allowed in my medical clinic.  This is my unwritten policy: 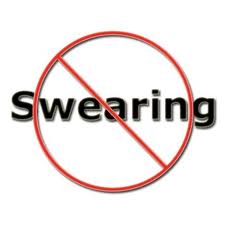 If I am in clinic with an inmate, and the inmate swears out of habit (like “I hurt my **** back”), then I ask him (or her) not to swear.  I actually say “Please don’t swear in front of me.”  Most of the time, the inmate will apologize and watch their mouth.  However, if they swear again, I then warn them:  “Don’t swear!  If you do it again, that will be the end of the clinic visit.”  Very rarely, the inmate then swears for a third time.  And after two warnings, I am pretty sure that the swearing at this point is deliberate. So I then tell the inmate that this clinic visit is over but I will be happy to see them another day–if they don’t swear!

This two warning system is for habitual swearing that is not directed at me.  Swearing directed at me or my staff, as in “You are a ******,” is a different matter.  Foul language directed at me personally gets no warning.  The clinic visit ends right then, and usually I write the inmate up for discipline, since this is a violation of jail rules.  The deputies don’t tolerate swearing directed at them!  Once again, I make sure that the inmate knows that I am willing to see them again in medical clinic (on another day) if they behave.  But the next time I see that inmate, I have a deputy standing right by.

Overall, this has worked well for me.  In all the time I’ve been doing correctional medicine, I have only run across one inmate who told me that I had no right to criticize his speech and that he would say **** anytime he wanted.  But he also understood that if he did say ****, I would not see him–except maybe in an emergency.

How do you handle swearing in your medical clinic?  Please comment!

9 thoughts on “Reader Question: How to Handle Swearing in the Medical Clinic?”