I was talking to a physician colleague of mine the other day and he was quite interested in what I was doing and in correctional medicine in general. Like most people (it seems), he had no idea what the difference was between jails and prisons and what the practice of medicine is like in the two settings. While the term “Correctional Medicine” encompasses medicine practiced in both jails and prisons, the actual practice of medicine in the two settings can be as different as that of an emergency department and a nursing home.

A good way to illustrate the difference between jails and prisons and between jail medicine and prison medicine is by using patients as models. To this end, let’s consider the cases of two patients entering the correctional system for the first time, a homeless alcoholic and a successful middle aged business man who sees his primary care physician regularly. 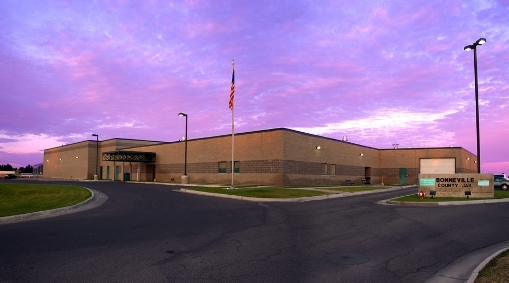 The first important difference between jails and prisons is that jails tend to get patients “fresh off the streets.”

Take the case of Randy J. Randy is a homeless alcoholic man who was drunk and aggressively demanding money from people walking downtown. He was charged with disturbing the peace. As you might expect, Randy has not seen a doctor in a long time, both because he has no health insurance and also because, besides his alcoholism, he has an underlying mental illness that makes him paranoid. When Randy receives his medical intake screen at the jail, he is found to have lice and a weeping open wound on his foot. His blood sugar is 450. After eight hours in the jail, Randy also begins to show signs of alcohol withdrawal.

Patients like Randy are not uncommon at all in jail. Jails see and treat many patients who are going through all sorts of withdrawal syndromes, from alcohol, to narcotics like heroin, to cocaine and bath salts. Even if they have no substance abuse issues, many jail patients have not been getting any medical care before coming to jail. Perhaps they are one of the 30-40% who have no health insurance. Or maybe they just have not been taking care of themselves. It is not uncommon to see patients show up in the jail medical clinic with uncontrolled diabetes or untreated hypertension. Since this is perhaps the first time in their lives that they have had easy access to medical care, jail inmates will often ask providers to look at something they have worried about for years. Finally, like Randy, many jail patients have untreated, serious mental illnesses and many are in jail because they have acutely decompensated.

Since Randy was arrested on a relatively minor offense, he eventually is going to be released from jail. Although jails typically do what they can to help patients like Randy with their social problems, like homelessness, many end up back in the same situation until their next arrest. Jails commonly see many such “revolving-door” patients who go through withdrawal each time they return to jail and only get medical care for their other chronic conditions when they are in jail.

Were Randy to be charged with a felony, the situation would change significantly, since Randy would likely not be released from jail before he was eventually sent to prison. This highlights the difference between jails and prisons in this regard.

While prisons can see similar off-the-street problems such as withdrawal, neglect and untreated mental illness, these are much less common in prisons than they are in jails. The reason is that most patients with these problems will have spent a significant amount of time in jail awaiting trial and sentencing before they are sent to prison. Were Randy to eventually end up in prison, his alcohol withdrawal should be long past, his lice eradicated, his wound healed and he should have already begun treatment for diabetes and mental illness.

The second important difference between jails and prisons is that people tend to go to jail for a much shorter length of time than those who go to prison.

Jails basically house two types of inmates. First, jails house people who have been charged with a crime but have not yet had their guilt or innocence determined by the courts. These are “innocent until proven guilty.” They are in jail not as a punishment, but to guarantee that they will show up at their court appearance. Depending on when their court appearance is scheduled, these inmates may be in jail only overnight or they may sit in jail awaiting trial for months if they cannot pay the bail bond set for their release. Second, jails house inmates who have been sentenced by the courts to serve time in jail for a misdemeanor. In general, this sentence can be no longer than one year, but usually is much shorter, sometimes even as short as a couple of days. Because of this, the average length of stay among all inmates in a typical jail usually is only two to three weeks, with a few getting out almost immediately and a few others staying for many months.

Prisons, on the other hand, only house inmates who have been found guilty of a felony offense and have been sentenced to the prison. In general, the shortest amount of time that an inmate will be sentenced to prison is one year, but usually is longer. Many will remain in prison for the rest of their lives.

These differences make a big difference on the medical approach to many patients. Take, for example, the case of John L. John L. is a 50 year old man successful businessman charged with embezzlement. John has a physician, who he sees regularly and who prescribes John’s medications.

Since John L. will be able to pay the bail set by the court, he probably will only be in jail for a short amount of time, days or weeks, and then will return to his same outside doctor. Many jail patients are like John L. They are on medications and they will only be in jail for a short time. In most cases like this, jail medical providers will not make major changes in the course of John L.’s medical treatment. Even if John L is prescribed, say, an iffy blood pressure medication that most practitioners would not normally use, they probably would not change it. It will just get changed back when John L. is released!

Instead, a main goal of jail medicine is maintaining continuity of medical care from the community to the jail and back to the community. We do not want Mr. Lang to have a disruption of his prescribed medications when he comes to jail or when he leaves. This can sometimes be tricky, especially if John L. did not bring his medications to jail with him and cannot remember exactly what he is supposed to take. Since there are so many patients like John L. entering and leaving the jail in a short amount of time that having a system to insure continuity of medications is a big deal in all jails. Sometimes, as well, new jail patients like John L. may have doctor’s visits or procedures scheduled for the time while they are incarcerated. Jail practitioners often have to sort out what is important for him to go to despite being in jail (like dialysis) and what can be rescheduled until he gets out of jail (like a routine wellness clinic visit).

This situation changes were John to be sentenced to prison. In general, the minimum length of time an inmate is sentenced to prison is one year with most prison inmates serving even longer terms. In this case, John L. will not be returning to his previous outside doctor anytime soon, if ever. The prison medical staff will be taking over John L. medical care lock, stock and barrel. The situation is similar to a person moving to a new city and needing to find a new medical provider there. Like this new practitioner, the prison medical staff is under no obligation to continue any medical treatments they think are unwarranted or ineffective. In fact, like a new provider in a new city, they may want to start from the beginning by re-evaluating what John L.’s current medical problems are, prescribing medications (which may or may not be the same as what he was on before coming to prison) and set up a long term treatment plan including scheduled chronic care clinic visits for hypertension and diabetes and routine wellness procedures like colon cancer screenings. Since there are many patients like John in the prison system, these routine chronic care follow-up visits and wellness checks are common in prisons, much more so than in jails, and all prisons have to have a system for scheduling and monitoring these visits.

It turns out that after a few years in prison, John is found to have metastatic colon cancer and needs both chemotherapy and radiation treatment. This is not an uncommon scenario in prisons. Since many prison inmates are sentenced to very long terms, including life, prisons accumulate many patients who develop severe chronic illnesses, such as cancer, kidney failure, paralysis, Alzheimer’s dementia, and every other medical condition you can think of. Prisons must do a lot of “end of life” planning that jails almost never have to deal with. Managing chronic disease conditions from the mundane (like hypertension) to the serious (like coordinating a bone marrow transplant) is common in prisons, but not jails.

Of course, most other aspects of correctional medicine are almost identical whether you are a jail practitioner or in a prison: clanging doors, security and “sick call” clinics are prime examples.

After hearing my explanation about medicine in jails and prisons, my friend wanted to take a tour of the local jail. I think this is a great Idea. Our colleagues need to have a better idea of what we do! They need to know what happens when their patients go to jail or prison. 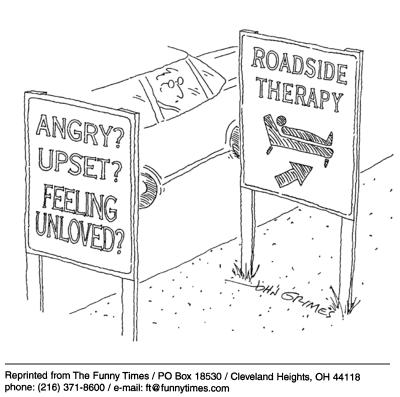 What do you see as the main difference between jail medicine and prison medicine? Please comment!

5 thoughts on “How Does Jail Medicine Differ From Prison Medicine?”