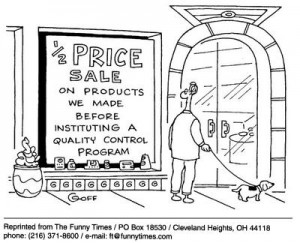 My last post introduced the subject of diabetic malingering.  In this post, I present several patients I have encountered in my correctional medicine career and the various scams they have used to manipulate their blood sugars.

Scam #1: During the initial evaluation process, report taking far more insulin than you really do.  Then, if the medical staff believes you, they will give you too much insulin, and you will have a hypoglycemic reaction that you can blame on their incompetence.

Example:  One diabetic who has been a “frequent flyer” at one of my jails always does this as a matter of habit.  Even if he has been in the jail for a while, if he encounters a nurse he does not know, he will argue that he is being under dosed and demand ten times the appropriate amount of insulin.  Do not believe this guy!

Solution:  Intake nurses need to know the typical insulin dosage range for Type 1 diabetics so they will catch over-the-top claims.  Almost all Type 1 diabetics need a Total Daily Dose of insulin between 0.5-1.0 units per kilogram.  For a 60kg male (as our patient here is), that translates to approximately 30 to 60 units of insulin a day, half of which would be long acting Lantus/Levemir and half Humalog/Novolog.  So the absolute maximum dose this patient would be expected to receive would be 30 units of Lantus and 10 units of Humalog with each meal.  If he reports taking 45 units of Lantus a day or asks for 38 units of Humalog at lunch (both real requests from this patient), the nurse should know that this is an attempt at causing self harm.

Scam #2: Fake taking your insulin.  This will result in big blood sugars and maybe even diabetic ketoacidosis.  Then claim “I was well controlled before I came to jail.”

Examples:  We had one patient who kept having very high blood sugars despite steadily increasing insulin dosages, to the point that he was above the 1 unit per kg of body weight threshold.  How could he be getting this much insulin but still have blood sugars in the 500s?  We finally figured out that as he was handed his insulin by the nurse, he would quickly twist just a little so she could not see the injection site and then squirt the insulin on his clothes.  Like a good magician, the movement was quick and effective at deceiving the watcher.  Fortunately, we remembered this little trick.  Later another inmate had to be hospitalized with ketoacidosis.  Her sugars were controlled while she was in the hospital, but when she returned, they again raged out of control.  We suspected that this inmate was doing the false injection trick and so told the nurses that they had to actually watch the needle enter the skin and document that they had witnessed the insulin being injected into the patient.  This patient’s blood sugars immediately came under control—for awhile.  Round two on this inmate follows.

Solution:  Instead of being a special practice done once in a while, this should be standard practice for all insulin injections.  The nurse must personally witness the needle enter the skin and the insulin injected.  This practice should be taught to all correctional nurses and practiced habitually.  The inmates should know that this is the facility policy.

Scam #3.  Gorge on extra carbs purchased from the commissary or obtained from other inmates.  Deny that you are doing so.  Blame the resulting high blood sugars on the poor quality of medical care at the jail.

Examples:  The same patient in the previous scenario had OK blood sugars for about a week, and then the blood sugars began to climb out of control again.  The patient, of course, denied that she was eating any inappropriate foods.  However, when we obtained her commissary records, we found that she had purchased a truly remarkable amount of junk carbs. 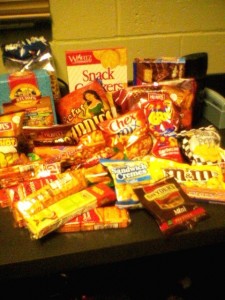 Solution:  Commissary purchases and extra food obtained from other inmates must be considered each and every time a diabetic inmate’s blood sugars cannot be brought under control.  If the inmate has been purchasing inappropriate commissary foods, step one is to remove commissary access.  If there is suspicion of the patient obtaining surreptitious food from other inmates, the only solution is to move the patient to single housing where his actual food consumption can be closely monitored.

Scam #4:  (This is a dangerous variation of the last scam).  For several days, eat a lot of extra food given to you by your cell mates to make your blood sugars climb.  When the medical practitioner raises your insulin dose, suddenly stop eating the extra food.  You will have a severe hypoglycemic reaction which you then can blame on medical mismanagement.

Examples:  This scam works best soon after the inmate arrives at the jail when we are not exactly sure of the patient’s baseline insulin needs.  One inmate we had reported at booking that he took a large, but believable, dose of insulin.  Despite this, his sugars were in the 400s and we increased the dose further.  On day five of his incarceration, after four days of relentlessly high blood sugars, his blood sugar crashed into the 20s.  He had been eating extra food from other trays—and then stopped.  In special housing, his blood sugars came under control at a much lower dose of insulin than he had originally reported.  A variation of this scam can be done even if the patient is already in special housing.  We had an inmate who would receive his Humalog dose prior to lunch, say, and then refuse to eat or to cooperate with any efforts to prevent hypoglycemia.  In order to prevent this, we had to give him his insulin after he ate.  He then flushed his meal down the toilet and reported that he had finished eating and was ready for his insulin.  That scam fortunately did not work.  He also tried eating, getting insulin and then sticking his finger down his throat to induce vomiting.

Solution:  These more sophisticated methods of diabetic malingering can only be caught by constant vigilance and paying close attention to what a patient is eating.  You can never be 100% sure what a difficult diabetic patient is eating unless they are housed away from other inmates.  Sometimes, even that is not enough and a formal food log must be kept.  This is done by recording the approximate percentage of food that the inmate ate with each meal.  This is done by whoever picks up the food tray when the inmate is done eating.  The food log, then, is used to determine the patient’s insulin needs.

Diabetic malingering can be done in several ingenious ways.  These include:

Correctional medical professionals should be vigilant to prevent diabetics from harming themselves in this way.  If necessary, this is done by housing such inmates in an environment where their food and insulin intake can be closely monitored.

Do you have experience with diabetic malingering at your facility?  Please comment.