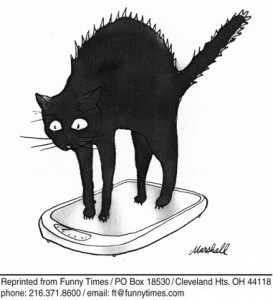 In corrections, we see an awful lot of malingering, symptom magnification, and outright medical deception.  This comes in many forms, from alleging vomiting when none has occurred, to falsely claiming to be hearing “voices,” to deliberately abrading the skin and then complaining that medical can’t get rid of “my rash.”  From never-ending back pain with vague leg numbness to pseudo-seizures.  But of all of the many kinds of behaviors of this sort, the one that is perhaps the hardest of all to deal with and carries the greatest risk of adverse outcomes is diabetic malingering.

Before we delve into diabetic malingering, however, we should define some terms, because often the terms for these types of behaviors are misused.

The first terms to contrast are “faking” and “symptom magnification.”  In order to accuse a patient of faking, you have to be sure that they have no symptoms at all.  A good example of this is pseudo-seizures.    Pseudo-seizures may be deliberate fake seizures; but not all of them are.  For example, a person who is hyperventilating will have spasms of their hands that they may refer to as a “seizure.”  They are having some symptoms—the hand tremors—and are magnifying their significance by calling them seizures.  But they are not faking.  Some patients do fake injuries, like the patient who deliberately abrades her skin to cause a rash.  However, most malingering that I see occurs in the context of symptom magnification rather than outright faking.

“Malingering” means that the patient is feigning or exaggerating an illness or injury for some sort of personal gain.   Originally, malingering referred to beggars in medieval Europe who concocted sham skin ulcers to gain sympathy and cash.  In the military, “malingering” referred to faking illness to avoid combat or work details.  But the central concept is that the patient is engaging in some sort of deceptive behavior with a goal in mind.  To say that a person is truly malingering, you have to be able to say exactly what it is that the patient hopes to accomplish by pulling off this deception.  Outside of corrections, for example, a person may want workman’s compensation so magnifies the severity of a work injury.  Another may want to obtain Social Security Disability and so claims that their Bipolar Disorder is so severe that they cannot work.

We tend to see different goals in corrections. A common one is the patient who hopes to score some Seroquel or some other sedating drug and so claims to be hearing voices or to have severe anxiety.  Another example is the patient who exaggerates the extent of ankle sprain to avoid a dorm work assignment.  Finally, my jails house a lot of overflow prison inmates, who are seldom happy to be in a county jail.  They exaggerate and fake illnesses in hopes of being transferred back to the prison.  The principle in all of these cases is the same—in order to say a patient is “malingering,” you have to identify the goal.

“Symptom magnification” also means that the patient is exaggerating the extent of an illness or injury, but without the connotation of doing it to obtain something.  For example, some people have histrionic personalities and always exaggerate the extent of their illnesses as a matter of habit.  They always have the worst headache, the worst cough, their pain (even a hangnail) is always 10 out of 10 on the pain scale, etc.  Unless they have a specific goal in mind (other than simply attention seeking), I don’t consider this to be true malingering.

The typical goal of diabetic malingering in corrections is to get out of jail.  There are a lot of other inmates like this; who say, basically, “I’m too sick to be housed in a jail.  You can’t take care of me here.”  I have heard this complaint from inmates with heart disease, cancer, COPD, well, all sorts of medical problems.  Of course, we can take care of most of them.  We even once had a quadriplegic patient at the Ada County Jail in Boise for several weeks (“What crime could a quadriplegic patient be charged with,” you ask, “that would land him in jail for several weeks?”  Answer:  Intimidating a Witness).  If our excellent nursing staff can take care of that guy, they can take care of almost anybody.

However, diabetic malingerers are a special breed, because, unlike most other types of malingering, diabetics can actively make themselves sick.   They do this by creating an insulin-carbohydrate mismatch.  In Type 1 diabetes the balance between insulin and available sugar is precarious and easily disrupted.  In the best of patients, the blood sugar numbers jump around.  Malingering type 1’s can manipulate their blood sugars in many ways.  They do things to cause severe hypoglycemic reactions.  Alternatively, they make sure that their blood sugars remain dangerously high, despite our efforts to control them.  And remember, their overall goal is to prove that the medical staff is incompetent to care for them and hopefully to get out of jail and maybe even file a successful lawsuit.

In this, they are like the inmate who abrades his skin to create a rash that medical then cannot get rid of.    Diabetic malingerers are not faking or exaggerating subjective symptoms such as nausea or back pain; they are actively trying to harm themselves.  They can make themselves so sick that they need to be emergently transported to the hospital.  They can even end up killing themselves, intentionally or not.

I know of one patient (not at one of my jails, thank goodness) who caused himself to have multiple severe hypoglycemic reactions in order to avoid going to prison.  He orchestrated so many hypoglycemic events at the jail where he was housed, that he succeeded in being released from jail on recognizance.  But then he continued to cause himself to have hypoglycemic events hoping to delay his sentencing and inevitable prison sentence.  It was a strategy that worked for him for a couple of years.  Unfortunately, he ended up with renal failure as a consequence of this self-abuse and died in his early 30s.

I believe that this could have been avoided.  Correctional medical personnel should be taught to recognize the various forms of diabetic malingering and what steps to take in countering them.  If you can figure out what the patient is doing to mess up their diabetic control, you can usually intercede and stop the self-harm.  This is what we will discuss in the next post.

Has diabetic malingering been a problem in your facility?  Please comment!

7 thoughts on “Diabetic Malingering: Part One”