Here is the clinical scenario:  You have an inmate in your facility who is running his head into wall, bull-like, at full speed.  He then backs up and does it again.  He may be suicidal.  He may be high on meth.  He may just be a jerk throwing a tantrum.  But he will not stop just because you have asked him to. 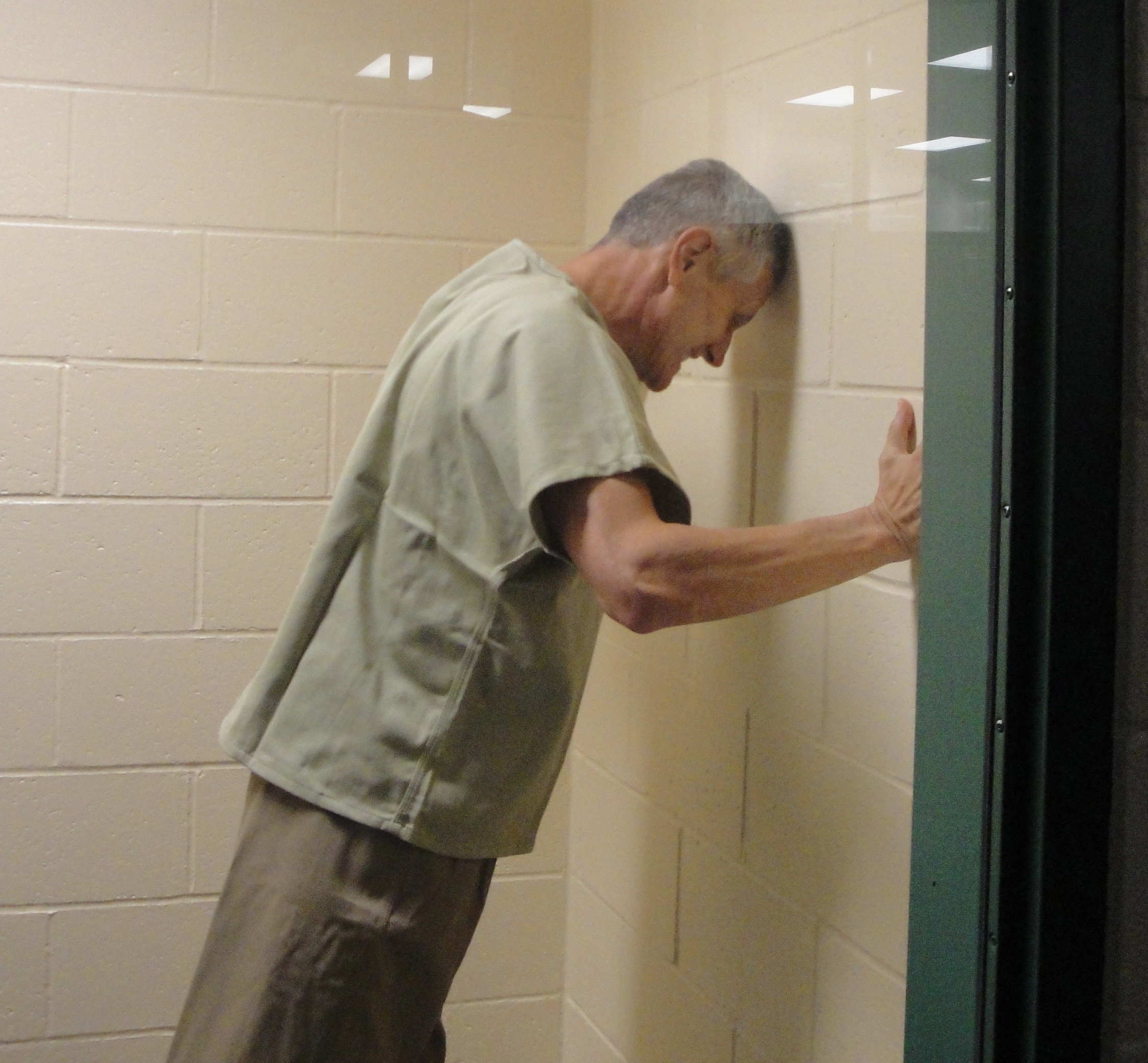 How should we stop this patient from hurting himself?

What would you do in this situation?  It seems to me that there are only three options for how to deal with this inmate.

These three responses clearly are different in the risk of a bad outcome.  And there are two possible bad outcomes to consider.  The first is the medical risk.  Which approach is most likely to result in a serious injury to the patient?  The second is the legal risk.  Which approach is least likely to result in a successful lawsuit?

I hope that no one reading this would opt to do nothing.  You simply cannot continue to let this inmate run his head against the wall.  The risk of a bad outcome, both medical and legal is just too high.  On the medical side, I personally am aware of three cases where inmates running their heads into the wall of their cells fractured their necks. One was left a quadriplegic.  The risk of legal action is also high.  In fact, this could be Deliberate Indifference:  You knew that running his head into the wall could potentially result in serious injury and yet you did nothing to stop him.  I will leave the Deliberate Indifference question to the lawyers, but even without this, the threat of a nasty lawsuit following such an injury is almost inevitable.

In my strongly held opinion, restraint by chemical sedation is safer than prolonged physical restraint for those who are a threat to injuring self or others.  I have several reasons for believing this.

Chemical Sedation is the Community Standard of Care

It is a similar situation in inpatient psychiatric hospitals.  I have asked several psychiatrists whether they leave dangerous inmates in a psych hospital physically restrained for long periods of time.  The typical response is to laugh and say “No.  They get sedated.”

I’m not sure why chemical sedation has such a bad reputation in some quarters of the correctional medicine world, because it is the Standard of Care for patients who are an acute danger to self or others elsewhere in medicine.  Why is this so?  It is because:

Unfortunately, I cannot point to any published studies that show that chemical sedation is safer than prolonged physical restraint.  That is because there are none.  However, I personally know of at least five cases of death from physical restraint.  The mechanism of death in these cases has ranged from suffocation to acute pulmonary embolism to “excited delirium.”  The point is that prolonged physical restraint carries substantial risks that range from minor (contusions, abrasions, broken bones) to serious (death, loss of limbs from too-tight restraints).

Again, there are no published studies on the incidence of lawsuits after restraints.  I have spoken to several different Risk Management experts on the subject, both in Emergency Medicine and Correctional Medicine,  and they have unanimously agreed that chemical sedation of a dangerous patient carries less legal risk than does prolonged physical restraint.

Here is one example.  I contacted Rick Bukata and Greg Henry, who together publish Risk Management Monthly, a publication on how to reduce medico-legal risk in Emergency Departments.  I asked them about the legal risk of administering chemical sedation to a dangerous patient against his will.  This was their response:

“Jeff Keller has malpractice concerns about the patient who is sedated against his/her will.  This situation is not likely to be problematic if the patient is being sedated because he or she poses a danger to self or others, and if the reason for sedation is meticulously documented.  A physician might be at greater medicolegal risk if he or she fails to sedate a problematic patient who is placing the staff in jeopardy.”

After talking to several Risk Management experts in Correctional Medicine about this subject, I am unaware of any successful lawsuits arising from chemical sedation of an incarcerated inmate who was an acute danger to self or others.  Once again, if you are aware of such a lawsuit, I want to know about it!  Please contact me!

I believe that the legal risk of restraining an inmate depends on two factors.  The first is harm.  If a patient has been harmed by the restraints, he is more likely to sue and is more likely to be successful.  So the method of restraint least likely to injure the patient is the safest legally.  Chemical sedation is safer than prolonged physical restraint and so is safer legally as well.

The second factor is that the sedation was done on the right patient (one who is an acute danger to himself or others) and that this was documented properly.

In fact, chemical sedation is very like administering any medication.  You must have the right patient, give the right medications in the right dosages, do the right monitoring and follow-up care, and document in the right way.  If you do all of that, your legal risk will be low.  More details on that later.

What does your facility do for out-of-control inmates who are a threat to themselves or others?  Chemical sedation or prolonged physical restraint?  Please comment!

15 thoughts on “Chemical Sedation is Safer than Prolonged Physical Restraint”