If you have read the title of today’s blog post, you already know the answer to today’s case.  The answer is “Lithium Toxicity.”  I could have instead presented a “Can you figure this case out?” type of format.  But I did not want to do that because, really, what was causing this particular patient’s symptoms is not obvious, especially early on.  This is an introspective learning case.  I want you to read the case knowing the answer.  The answer is “Lithium Toxicity.”  As you read this case presentation, I want you to ask yourself when the possibility of lithium toxicity would have first entered your head and when you would have stopped this patient’s lithium? 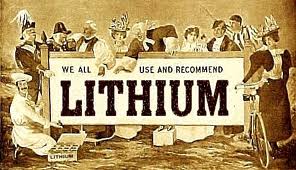 (By the way, this is not a real patient, but rather is a compilation of three separate cases of lithium toxicity I have encountered in corrections.  I have also seen several more lithium toxicity cases in my emergency medicine career).

The patient is a 40-year-old male who arrives at the jail taking Lithium, 900 mg a day and Lexapro. He also has a medical history of Type-2 diabetes and hypertension for which he is prescribed glipizide, metformin and combo HCTZ/lisinopril.  He also has a methamphetamine addiction (which is why he is serving time in jail).  Other than substituting citalopram for Lexapro, no changes are made to his medications in jail.

11 days after he was booked, a nurse is called because he is vomiting in his cell.  He reports to the nurse that he has had diarrhea and nausea and has not eaten for three days.  BP is OK but he is sweaty, his heart rate is 118 and his blood sugar is found to be 43.  The nurse calls the on-call provider, who instructs that the patient be given Phenergan for nausea plus an IV with D5NS.  The practitioner also discontinues the patient’s glipizide and transfers the patient to medical special housing.

In clinic the next day, the patient reports feeling well–entirely back to normal, in fact–and requests to be sent back to the dorm:  “Being in a cell all by myself makes me crazy.”  His vital signs, physical exam and blood sugar are normal, so he is transferred back to the dorm.

Five days later, the inmate is sent back to the medical clinic by a housing deputy, who says that the patient had peed his bed the night before and was giving “goofy” answers to questions.  In clinic, though, the patient denies having peed his bed and says he was just “having fun” with the deputies with the goofy answers.  His exam, including vital signs, is normal.  Blood sugar is 133.

Two days later, at lights out on a Saturday night, he is found on the ground by his bunk.  He has urinated on himself.  He states that he cannot stand, but with assistance, is able to stand and unsteadily walk to medical special housing.  His dorm mates say he has not been eating.  His vital signs are normal except for a heart rate of 108 and his blood sugar is 167. The on-call provider says she will come in to see him the next morning.

However, early the next morning, he has considerably altered mental status.  He is incontinent of stool, and is confused about where he is.  He complains that his legs don’t work.  His hands are shaking.  Blood work is drawn to be sent stat.  The important results of this lab work are:  Lithium level 3.6, BUN 87, creatinine 6.5, potassium 5.7, bicarb 18.

He is sent by ambulance to the local hospital where he is treated with hemodialysis for lithium toxicity and acute renal failure.  He has a stormy course, but after a week in the ICU, he survives.

Lithium is a drug with a particularly low therapeutic index, which means that it can cause toxic symptoms at doses very close (or identical to) standard therapeutic dosing.  In fact, “a large proportion of patients on chronic lithium therapy experience at least one episode of toxicity during treatment.”  (Uptodate, Lithium Poisoning).  This means that even small changes in dosage or excretion can precipitate lithium toxicity.  Lithium toxicity can also be quite serious, even deadly.  I myself have seen three deaths due to lithium toxicity, two when I was an ER doc and one in a county jail.  Because lithium can become toxic so quickly and easily, and because lithium toxicity can be so severe, it is especially important for all medical personnel who work with patients on lithium to know the toxic syndromes by heart!  It turns out that lithium has two distinct toxic syndromes, acute and chronic. You need to know them both.

The answer is that it doesn’t matter–the lithium should still be stopped!  The reason for this lies in the fact that lithium is excreted via the kidneys.  Lithium toxicity can be precipitated by even small declines in renal function, such as those caused by dehydration or fluid loss via vomiting or diarrhea.  What happens is this:  vomiting and diarrhea caused by “stomach flu” (or whatever) causes fluid loss and dehydration.  This leads to decreased kidney function as the kidneys try to conserve water.  This leads to decreased lithium excretion, which causes rising blood levels of lithium, which causes (yes, you guessed it!) vomiting and diarrhea.  There you have the classic vicious cycle.

Drugs that potentially cause renal impairment can make this worse or even precipitate lithium toxicity on their own.  Important examples are diuretics, ACE inhibitors and NSAIDS.  Note that this patient was taking two out of three of these.

Chronic lithium toxicity means neurological toxicity, expressed as tremors, confusion, and ataxia.  These occur as the elevated lithium levels penetrate the blood-brain barrier and lithium is absorbed into the CNS. Chronic toxicity requires more time to develop than does acute toxicity because it takes time for this absorption into the CNS to occur.  In this case, it took several days. Our patient clearly had lithium induced neurological symptoms on the day he was sent to the hospital, but he had probably first begun to show these neurological signs two days before when he first was reported as acting “goofy” and was first incontinent.  Early lithium toxic symptoms can wax and wane as hydration status fluctuates.  The patient drinks less during the night and gets worse.  He drinks more during the day and improves and looks OK in clinic.

Can patients show the chronic, neurologic signs of lithium toxicity without first going through the acute vomiting-diarrhea phase?  The answer is “Why yes they can!”  When neurologic symptoms are preceded by vomiting and diarrhea (as in this case), this is formally called “acute-on-chronic” lithium toxicity.  True chronic toxicity, in which the neurological symptoms appear without the preceding vomiting phase, is a result of lithium gradually seeping into the CNS over longer periods of time without blood levels rising to a degree to cause acute vomiting and diarrhea.  This can occur with too large of a dose or by the addition of another drug like an ACE inhibitor or an NSAID that inhibits kidney function just enough to allow lithium levels to climb gradually in the CNS.  Often, the first sign of chronic lithium toxicity is tremor.  Tremor is the harbinger of more severe neurological symptoms such as ataxia, confusion, or seizures.  Do not ignore tremor!

What About Lithium Levels?

Standard teaching about serum lithium blood levels is this:  The “target” range for lithium therapy is 0.8-1.2 mEq/L.  Mild toxicity is seen with levels of 1.5 to 2.5 mEq/L, moderate toxicity from 2.5 to 3.5 mEq/L and severe toxicity at levels greater than 3.5 mEq/L.

However, there are a couple of problems with interpreting these blood levels that everyone who prescribes lithium needs to understand.

Have you had a case of lithium toxicity in your facility?  Please comment!

As always, the opinions in this article are my own.  Feel free to disagree!  I might even be wrong.  If you have a dissenting opinion, please share in the comments section!

10 thoughts on “Beware of Lithium Toxicity!”