As I have traveled around visiting various jails and prisons, I sometimes run across a practice that I have not seen before; something cool; something that works better than what is typically done at other facilities.  I think such practices can be called “Best Practices.”  One great example of a “Best Practice” is the Inmate Satisfaction Surveys begun by Sheriff Gary Raney at the Ada County Jail in Boise, Idaho.

Well, the answer is “Yes!”  Inmate satisfaction surveys!  In a jail.  And it works!  You should consider doing this at your facility!  Really! 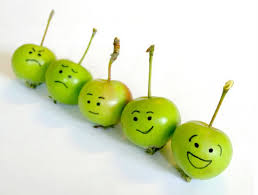 In the interest of full disclosure, I have long had a negative attitude toward patient satisfaction surveys.  I have disliked and distrusted them.  That is because I worked the first part of my career (before I found my true calling in Correctional Medicine) as an Emergency Physician.  Hospitals love to do patient satisfaction surveys of ER patients—and that is fine.  But the next step for hospital administrators is to then set satisfaction goals, like this:  “Last month 78% of patients were satisfied or very satisfied with their ER experience.  Your new goal is 90%.” Even worse, some hospitals have even tied reimbursement to satisfaction survey results.  The lower your satisfaction scores, the less you get paid!

This puts ER docs in the uncomfortable role of pursuing satisfaction scores, often at the expense of good medicine.  As an example, if a patient wants an antibiotic for a viral URI, do I say “No” and risk a dissatisfied customer? Or go ahead and give the antibiotic even though it is bad medicine because that is what the patient wants?  What about patients who “lost” their narcotic prescriptions and want more?  Do I dare risk their wrath by declining to enable their addiction? Fortunately, this type of dysfunctional satisfaction survey is not what is being done at the Ada County Jail.

The Ada County Jail is a 1200 bed facility in Boise, Idaho.  I can say from experience that this a very well run jail on all accounts.  The inmate satisfaction surveys instituted by Sheriff Raney are but one example, albeit an outstanding one.

How The Survey Works

The surveys are done at the Ada County Jail every two weeks.  Around 40 inmates are selected randomly by a computer, though not all will take the time to respond.  The responses are tabulated anonymously, though there is a mechanism to track down critical survey answers, such as “I am being threatened by other inmates in my dorm.”

What I like best about the Ada County Jail’s satisfaction survey is how the reports are interpreted.  There is no setting goals based on the numbers in the manner that I used to hate back in my ER days.  Instead, the responses are used as a type of barometer of the mood of the jail.  Let me give an example.

Let’s say that for several months, the percentage of inmates who agree or strongly agree with the statement “The Jail is clean” has hovered around 60%.  Then, this month, the percentage of inmates who agree that the jail is clean drops to 20%.  Well, something important has gone wrong with jail cleanliness.  If the jail administrators don’t already know what that problem is, they need to go and check it out.

It is the same thing with “I feel safe at the Ada County jail.”    If the percentage of inmates who agree with that statement drops from an average of 80% to 40%, something important is wrong.  Gangs? Contraband weapons? Inmates, of course, have a better sense of the “feel” of a jail dorm than do the deputies, and this survey allows them to comment on this in a manner that does not feel like snitching.

You will note that only one of the seven questions asked at Ada County asks directly about medical services, but just about all of the others measure inmate wellness in some manner and so are relevant to the overall health of the inmates.

The point of the satisfaction scores is to measure the overall attitude and morale of the inmates.  It doesn’t matter whether the percentage of inmates who agree is 50% or 70%.  What matters is the consistency of that number over time.  If the percentage goes down, Why?  What is going on?  If it goes up, what did we do and how it be replicated?

Most of the inmates who respond to these surveys also write comments.  The important and relevant comments are also included in the monthly report at the administrative staff meetings.  A surprising number of these are helpful.  Inmates commonly point out specific jail problems in these comments that the jail administrators were not aware of.

As I look at the Ada County Jail Inmate Satisfaction Survey, I think one of the things that makes it work is that it is simple.  There is often a tendency in satisfaction surveys to make them too long and complicated by asking about minutia.  In this case, simple is better.  It is easier to administer.  Inmates are more likely to respond.  The results are easy to tabulate. 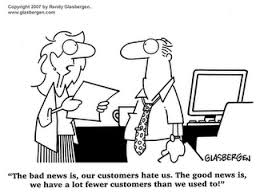 What do you think of the idea of Inmate Satisfaction Surveys?  Do you already do such a thing at your facility?  Please comment!