I ran across a couple of interesting articles about antibiotics recently.

In the first article, entitled We Will Soon Be in a Post-Antibiotic Era, CDC researchers predict that the end of the antibiotic era is coming quickly. Antibiotic resistance is developing so rapidly now, that it is only a matter of time until antibiotics just don’t work anymore. This actually is not surprising when you think about it. If we kill all of the microbes that can be killed by our antibiotics, then of course the only ones left will be those that cannot be killed by antibiotics, in other words, that are resistant. The fact that this will happen eventually is a no-brainer. 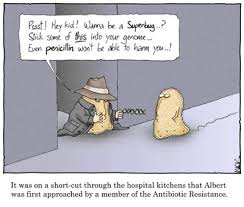 What is surprising is how quickly this has happened. Remember that antibiotics have only been around for widespread use since around World War Two. We haven’t been using antibiotics in clinical medicine for even 100 years. In fact, we haven’t even hit 75 years yet! My own mother was born into the pre-antibiotic era. And yet, in that brief of a time window, mega-resistant bacteria have already emerged.

Consider, for example, Staphylococcus aureus. When penicillin was first was used clinically in the 1940s and 1950s, penicillin would kill staph and so of course could be effectively used for patients suffering from staph infections. But in the 1960s, staph became resistant to penicillin, to the degree that nowadays, something like 98% of staph cannot be killed with penicillin. But despite this resistance, we still had effective antibiotics, including methicillin, which was introduced in 1959. However, it did not take long for staph to become resistant. In fact, the first Staph Aureus that was resistant to methicillin was discovered in 1960! But it was not until the 1990s when staph developed widespread resistance to methicillin (and other antibiotics like Keflex) resulting in the infamous MRSA—Methicillin Resistant Staphylococcus Aureus. Now, something like 80% of the staph infections seen in US emergency departments are MRSA. Eventually, like penicillin, it will approach 100%.

But, as before, there are still effective antibiotics that we can use for staph infections, such as trimethoprim-sulfa (Bactrim) and doxycycline. However, the wily staph bug is now developing resistance to these antibiotics, as well. Eventually, Staph will become a “Superbug” with no effective treatments.

According to the CDC, one bacterium has already reached Superbug status and two others are close. The Superbug for which there are no currently effective antibiotics (none!) is Carbipenum-resistent enterobacteria (CRE). The other two bacteria that are close behind are gonorrhea and C. difficile. Antibiotic-resistant gonorrhea is down to only one effective antibiotic!  Scary–and just in time for Halloween!

Where Are the New Antibiotics? 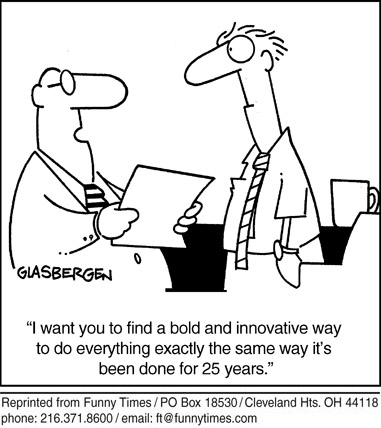 In the past, pharmaceutical companies could seemingly develop new effective antibiotics as rapidly as germs would develop immunity—but not anymore. This is at least partly because drug companies can make much more money coming out with new “Me-Too” antidepressants and statins than they can by looking for a new antibiotic.

Of course, I can’t do much to encourage pharmaceutical companies to search for novel antibiotics (except refuse to prescribe any “Me Too” drugs). The way that I personally can help to slow the steady march of antibiotic resistance is to prescribe antibiotics appropriately and not use them needlessly.

Inappropriate Antibiotics Can’t Help.  They Can Only Harm.

This leads us to the second interesting article, entitled Most Antibiotics Prescribed for Sore Throats Unneeded. These researchers looked at over 8,000 clinical visits for sore throats and found that antibiotics were commonly prescribed to patients with viral sore throats. These researchers found that over 60% of sore throat patients were given an antibiotic prescription even though only 10% actually had a strep infection that could conceivably benefit from an antibiotic. In my experience, if anything, these numbers underestimate the truth! What percentage of patients with sore throat are prescribed antibiotics at your facility’s clinics?

Sore throat is one of the “Big Three” patient complaints that commonly result in inappropriate antibiotic prescriptions. The other two are bronchitis and sinusitis. If you walk into a typical “Doc in the Box” urgent care clinic in your city and say “I have a bad cough” or “I think I have a sinus infection coming on,” you are more than likely going to walk out with an antibiotic prescription. But the vast majority of these patients have viral illnesses that will not benefit from an antibiotic. And many will be harmed by the antibiotic, as when 1 in 6 patients taking Augmentin get diarrhea or the several hundred patients who die every year from antibiotic toxic reactions.

When I was working in the ER, the excuse for giving antibiotics who had no need for them tended to be “Well, what if they get worse?” The idea was that this visit was our one and only chance to deal with this patient. Once they left the ER, they were gone and might not return if they got worse. OK, I can see this. I don’t agree with it, but I can see where this point of view comes from.

However, this is NOT a legitimate excuse for inappropriate antibiotic prescribing in correctional facilities. The patients are not leaving the facility. In my jail, they are literally down the hall! Deputies and nurses check on them every day. I will know about those rare patients who deteriorate with time.

Education Will Reduce Inappropriate Prescribing in Your Facility

The last interesting article on this topic is A Strategy for Reducing Antibiotic Use in Acute Bronchitis. These researchers discovered that you can reduce inappropriate antibiotic prescribing if you try. The intervention that they tried was nothing more sophisticated than education. It works! 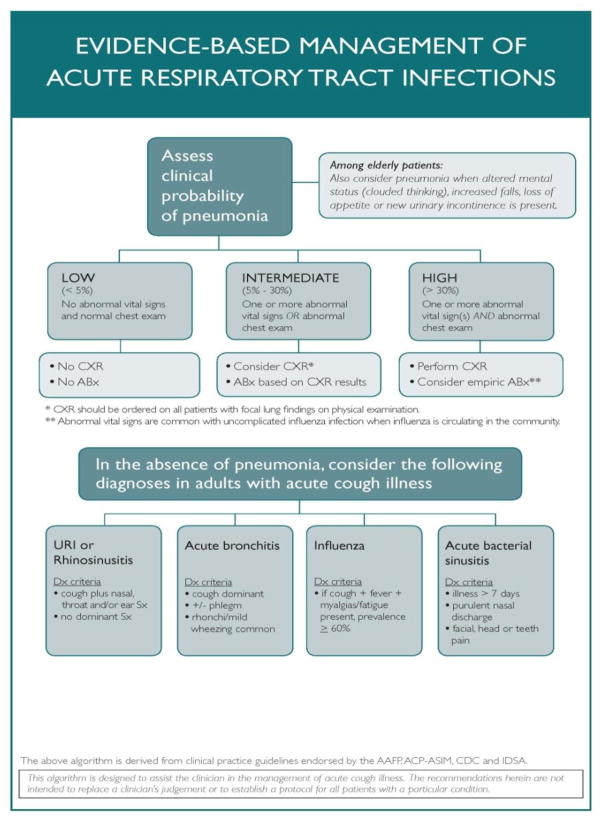 What percentage of patients with sore throat, cough and “sinusitis” in your facility’s clinics receive antibiotic prescriptions? Please comment!