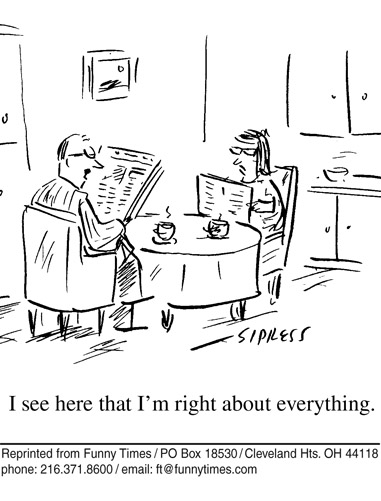 Hospitals have to use the 10 Point Pain Scale because it is mandated by JCAHO, the hospital accreditation body.  But JCAHO has no authority over jails and prisons. We don’t have to use it and I personally think we practitioners of Correctional Medicine are better off without it.

I used the 10 Point Pain Scale quite a lot when I worked in a busy Emergency Department, both because I had to (it was a JCAHO mandate) and because it can be useful in an ER setting.  The 10 Point Pain Scale is not bad at evaluating acute pain, like the pain from appendicitis or a broken leg.  However, it is not as useful when evaluating chronic pain like what we see in corrections.

Even in an ER setting, I noticed problems with the 10-Point Pain Scale.  First, it is entirely subjective.  In other words, patients say a number and there is no objective way to know if they are being honest or not.  In the ER, I suspected that many patients inflated their numbers.  For example:

“My abdominal pain is 10-out-of-10 (said while the patient was eating Cheetos).”

The 10 Point Pain Scale is more useful evaluating responses to therapy via changes in the pain scale.  So if a patient tells me that he has 10-out-of-10 pain, I may not be exactly sure what that means.  But if he later tells me that his pain now is 8-out-of-10, I know that he has improved.  But even that did not happen all of the time.

I had cases where I would treat patients with IV Dilaudid, say, until they were asleep.  Yet when the nurse woke them to ask about their pain, the patient would say (with slurred words) “itsh shtill a ten.”  Should I have given more Dilaudid based on that report of 10-out-of-10 pain?  Of course not!

Let me give an example from the other end of the spectrum.  Tough, stoic cowboy-types would come to the ER with long bone fractures and would rate their pain a “2-out-of-10.”  Do I then use Tylenol instead of IV narcotics to treat the pain from this femur fracture?  Again, of course not.

Finally, what do I do with a patient who rates her pain high–say 9 out of 10–but refuses narcotic pain medication?  Don’t laugh, that actually happens!  Some people are tough and can handle pain better than others.  Others would rather have pain than be gorked by pain meds.

In the end, even using the 10 Point Pain Scale, ER doctors still have to rely on their clinical judgment.  Yet that means there will be discrepancies between what the patient says his pain is and how it is treated.  Let’s say the nurse dutifully records in the medical record that the patient says his pain is 10-out-of-10, but, based on my clinical judgment, I do not give pain medication.  Later, when the medical record is reviewed by JCAHO, a hospital committee or a plaintiff’s attorney, I look like an uncaring sadist:  “My client was crying out that his pain was as bad as pain could possibly be and you did nothing, Doctor?”

And those are just the problems when the 10-Point Pain Scale is used to evaluate acute pain in ERs.  It is even worse when used to evaluate chronic pain in Correctional Medicine clinics.  Chronic pain patients tend more than acute pain patients to rate their pain 10 out of 10 and to admit to little change.  There is also more discrepancy between what chronic patients say (The pain is 10 out of 10) and what they do.  For example, consider the patient I actually had in one of my jails who told me in clinic that his chronic back pain was 10/10 in intensity.  Later in the day, I looked into the recreation area just in time to see this patient perform a perfect basketball reverse layup.  This did not mean that this patient did not have back pain at all—he probably really did–but it did mean that he probably did not have true “10 out of 10” pain.  It also meant that I could not trust this patient’s subjective pain scale scores.

It seems to me that I have to use even more clinical judgment in a jail than I did in the ER.  I have to weigh the potential adverse effects that narcotics have on the safety and security of the facility.  I have more patients with addiction problems and have to try to sort out true chronic pain from addiction.

Plus, in a jail, I have more true objective evidence to base my clinical decision on than I did in the ER since I can observe patients away from the medical clinic.  I can watch them at recreation.  I can watch them walk and talk and eat in their dorm.  I know the legal circumstances that landed them in jail, like illicit drug use, that an outside doctor may not ever know about.

The subjective 10 Point Pain Scale in such a setting is more hindrance than help, I believe.

I still ask the patients about their pain. I even use a pain scale, though a simpler one consisting of just four points: none, mild, medium and severe.  I also ask about changes in  pain:  “Is your pain improved since yesterday?”  But more importantly, I ask patients how their pain affects them in everyday life.  Can you sit?  Stand?  Watch TV?  Walk during recreation?  I record the answer and then compare that (if necessary) to observation of those activities.

The 10-Point Pain Scale does have its uses.  In my opinion, it works best for monitoring responses to therapy of acute pain.  For example, when I used to give IV Dilaudid in the ER to a patient with a femur fracture, her responses to the 10-Point Pain question would help me to know that I was getting somewhere with pain relief and when to stop.  Whether it worked better than asking “Is your pain improved?” or “Do you want any more pain medication?” is a debatable point.

But the 10 Point Pain Scale is not as useful for rating chronic pain.  In my opinion, it is the wrong tool for this task.

Feel free to disagree with me, though!  I could be wrong in my opinions!

What is your experience with the 10 Point Pain System used in hospitals?  Do you use it in your correctional facility?  Please comment!