One thing I always tell practitioners who are beginning a jail medical practice: you’re going to see a lot of withdrawal cases — study up! In particular, since the opioid epidemic hit, the number of patients I’ve seen in my jails withdrawing from heroin and other opioids of all stripes has skyrocketed. I’ve seen enough patients withdrawing from opioids that I think I am reasonably knowledgeable on the topic. Because of this, I was quite surprised when I ran across this sentence in a recent edition of The Medical Letter:

“Opioid withdrawal is not life-threatening.” — The Medical Letter

The problem is that although this sentence seems quite self-assured, it is flat out wrong. In fact, it is not just wrong; it is also dangerous. People do die from opioid withdrawal. I know of several such cases from my work with jails. Opioid withdrawal needs to be recognized as a potentially life-threatening condition, just like alcohol withdrawal and benzodiazepine withdrawal. 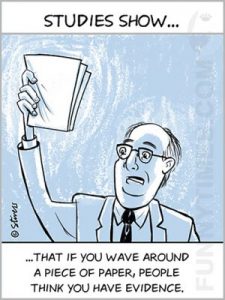 You would think that The Medical Letter would have a footnote directing us to the literature that supports their claim that opioid withdrawal is not life-threatening, but there is no footnote. Evidently, this statement is thought to be “common knowledge.” And, to be fair, I was taught this myself back when I was going through my emergency medicine training back in the 1980s. I suspect that it was wrong back then, as well as it is now. But it is also true that opioid abuse and subsequent withdrawal is different now than it was back then.

Just think about it. Nobody would dispute the fact that patients withdrawing from heroin can get very sick. Some become seriously dehydrated from vomiting and diarrhea. Some get hyperdynamic, including tachycardia and fever. Between the two, some develop significant metabolic acidosis. Anyone who has seen full-blown heroin withdrawal will tell you that many of these patients look like crap. Opioid withdrawal can be a serious physiological stressor.

When heroin addicts are young and otherwise healthy, it is probably true that most can weather the storm of withdrawal. But, in fact, not all heroin addicts in the modern era are young. I’ve seen heroin users in their 50s and 60s. And not all of them are healthy — even the young ones. Are you going to tell me that opioid withdrawal cannot be fatal in a 55-year-old addict who also has coronary artery disease and diabetes? Or even that a young but debilitated and malnourished young patient cannot be pushed over the edge by a nasty bout of cold-turkey opioid withdrawal?

There is also less pure opioid abuse now than there was “back in the day.” Nowadays, heroin users commonly abuse other drugs as well. Modern street heroin may be spiked with super short-acting opioids like fentanyl, sufentanil, or carfentanil. Addicts tell me that they shoot up Dilaudid, Suboxone, or whatever else they can get in addition to heroin. Finally, opioid abusers commonly combine other drugs with their opioid of choice. A common one is Xanax (which can be injected, snorted, or just swallowed), but I’ve also had heroin users tell me about concomitant use of stuff like Ambien, Seroquel, and even ketamine.

All of this needs to be kept in mind by the wise and canny jail practitioner. It is poor medicine to say, “Well, heroin withdrawal is not life-threatening” and so do little — or nothing. Jail practitioners need to take as much care with detox from opioids as they do with alcohol withdrawal. In my opinion, all symptomatic opioid withdrawal patients should be treated. Every single one.

One reason why many jail practitioners hesitate to treat opioid withdrawal is that there are some significant legal hurdles to using methadone and Suboxone. However, the alpha blockers work well, too, and there are no legal hurdles to their use. Lofexidine has been successfully used in Europe to treat opioid withdrawal for many years and was approved this past May by the FDA for use in the U.S. (found here). Lofexidine’s cousin, clonidine, also works very well to mitigate the symptoms of opioid withdrawal, and clonidine has been around forever. In fact, Cochrane Reviews says (here): “We detected no significant difference in efficacy between treatment regimens based on clonidine or lofexidine and those based on reducing doses of methadone over a period of around 10 days …”

How severe have the cases of opioid withdrawal been that you have seen at your facility?  Please comment!

This article was originally published on MedPage Today and can be found here.