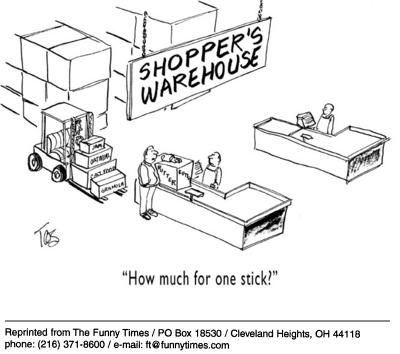 Last week, I counted down the five most popular articles from JailMedicine’s first six months.  This week, I would like to revisit my own personal favorite post.  I don’t have very many really good ideas—but this is one of them:  You Need a Medical Commissary in Your Facility!

To recap, I used the example of an inmate who has heartburn.  Outside of jail, he uses Zantac, which he simply buys at the store.  Inside of the jail, it is much different.  All facilities are different, but to use a typical example, the inmate has to put in a request for medical services.  He pays $5.00 to submit the request.  He then is seen a couple of days later in the medical clinic and invariably receives a prescription for Zantac.  (Would you say no to a patient like this complaining of heartburn?  I wouldn’t).  The inmate also has to pay $5.00 for the prescription.

Total cost for the jail medical system is 1-2 hours of time divided between the nurses who triage the request and take vitals at clinic and the practitioner (or nurse) who sees the patient in clinic and writes the prescription, the pharmacy who fills the prescription and maybe the security staff who escort the patient to the appointments.

It would be so much simpler and less expensive in time and money to just put OTC Zantac on the commissary and let the inmate buy it directly without having to use the medical system.   The whole medical visit is basically a complicated rubber stamp of approval for the Zantac.  And remember, every minute the medical staff is spending “rubber stamping” such OTC requests is a minute they are not spending with sicker, needier patients.

Multiply this encounter by all of the inmates requesting any OTC medication in jail or prison:  Not just Zantac, but omeprazole, ibuprofen, Claritin, acne medications, steroid cream, and on and on.  We are talking about a substantial outlay of time and effort getting inmates access to medications they could get on their own on the outside.

It seems like such a great idea that it is practically a no-brainer.

The Ada County Jail in Boise, Idaho is one jail that has implemented nearly the full contingent of OTC products I listed in my original article.  The program has been running for several months and even includes an indigent commissary program, where truly indigent inmates can obtain certain OTC medications without having to go through the medical clinic.  The program has been a major success.  More details about the program in a future article.

Getting the medical OTC commissary idea implemented in other jails has not been easy.  I myself have been unsuccessful in getting a medical commissary program started in the majority of the jails that I supervise.  Why has this very good idea been so hard to implement?

Would a Medical Commissary Program Be Profitable? 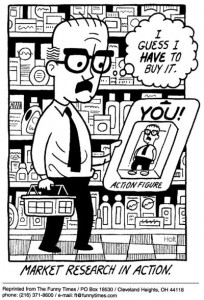 The main obstacle has been the commissary companies themselves.  They sometimes do carry a limited few OTC medical items, like antacids, in their commissaries.  But when presented with the idea of expanding the jail commissary to include other OTC products commonly found at your corner drugstore, the commissary companies (or at least the person representing the company at the jails) has invariably said “No.” Flat “No.”  The reason given is usually that the company will not make a profit on the medical items—or at least not enough profit to justify the effort of stocking the item.  I have heard this excuse over and over.

I personally do not believe that this is true.  Drug stores, grocery stores and even gas stations make money selling OTC medical products.  Why would it be any different in jails?  Such items may not be as roaringly profitable as Ramen noodles, but I suspect they would sell.  They do in Ada County (which, by the way, does commissary internally and so no outside company was involved).

This point evidently needs to be hammered home with the commissary companies.

The best way to do this is for the jail administration to insist.  That is exactly what we are doing at the Bonneville County Jail in Idaho Falls.  We are writing an RFP for commissary services that will require the company to have a medical commissary program with the specific items I mentioned in my article.  Certain commissary companies have hinted that they may not respond to an RFP with such a requirement.  We’ll see.  I suspect that they will. At least one national company has said, “No problem!”

I personally think that the commissary company that first develops and markets a good medical commissary program to correctional facilities will have an instant marketing edge over their rivals.

Have you considered developing a full commissary program at your facility?  Have you run into any obstacles?  Please comment!

7 thoughts on “Obstacles to a Medical Commissary Program”