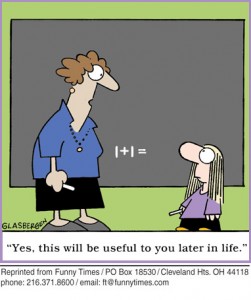 This is a problem I suspect prisons do not have to deal with.  But it is a common, every day, problem for jails in cities where such methadone programs exist.  In Boise, there are two such programs.  They do good and valuable work for the community.  I am a fan.

But whether to continue methadone treatments in jail is a clinical decision that is a balancing act between two conflicting principles:

2.  The safety and security of the jail.  Any time you allow a schedule 2 narcotic inside the walls of the jail, you have potentially compromised safety and security.  Other inmates (some of them also narcotic addicts) will find out about the methadone use and may threaten the inmate getting the methadone.  They will complain that they were not also allowed access to methadone.  Also, the more controlled substances you allow in the jail, the more chance that some day some turns up missing, triggering a big and nasty investigation.  I’ve seen both happen.

There is no one right answer for all patients.  Like many other medical interventions, the trick is to weigh the expected benefits of continuing methadone treatment against the potential harms, both to the patient and security of the facility, of allowing the methadone therapy to continue.

There are clearly some cases where the proper decision is to allow the methadone therapy to continue.  Take, for example, the case of a heroin addict who has been clean for 8 months while participating in methadone treatment and has to serve 6 days in jail for a charge that is not related to substance abuse–let’s say petit theft.  Let’s also say this patient has made all the arrangements with their methadone clinic to continue therapy for the six days while in jail.  It simply does not make medical sense to put this guy on clonodine for six days and then have him return to methadone the day he gets out of jail.

On the other hand, there are clearly some cases where the proper decision would be to immediately discontinue methadone and treat the patient for withdrawal.  An example here would be the patient who has been obtaining methadone from several sources and is in jail for felony trafficking charges.

Since there are clear cases on both sides of the question, for me the goal is to define the circumstances under which I will allow methadone into my jail.  This basically involves writing a policy on the subject, hopefully with the help of both jail administration and with input from the area methadone programs, as well.  My policy on methadone (and Suboxone) maintenance therapy in jail contains three main rules.

1.  I myself cannot prescribe methadone for the treatment of narcotic addiction.  It is illegal.  In order to prescribe methadone for such patients, I and the jail would have to apply for and be accredited to become a Methadone Treatment Center by the DEA.  You can find the rules for such a center here. The DEA is a stickler for this rule.  I personally know of two local physicians who were disciplined by the DEA for prescribing narcotics for addiction without the proper accreditation.  (I can, on the other hand, legally prescribe methadone for an ankle sprain if I want. What can you do?)

2. The second rule for a jail methadone policy is that it cannot go on forever.  Since clonodine treatment for methadone withdrawal takes about two weeks, I use 2-3 weeks as an arbitrary cut-off time for ongoing methadone treatment in the jail.  If an inmate is going to be in jail for longer than that, she will be withdrawn.  However, I sometimes have another option besides clonodine for such patients.  If the inmate can afford the $25.00 a day delivery fee, the methadone programs I work with will deliver a rapid taper of methadone, usually decreasing the total dose by 5 mg a day.  I then may still supplement with clonodine after that.

3.  The third rule is that the methadone has to be meticulously accounted for and meticulously stored.  Only medical employees should accept the methadone from the program.  Deputies should not be involved in this process, except as escorts.  The transfers must be accounted for on paper, similar to “chain-of-evidence” documentation.  The jail must have a double-locked, secure area for storage of schedule 2 narcotics, as required by the DEA.  Many smaller jails simply cannot adhere to this level of narcotic security and so cannot participate in such a methadone maintenance program.

Under what circumstances will you allow methadone maintenance therapy into your facility?  Please comment!